EA Access Is Now…Accessible: All You Need to Know About The Service And The Controversy

Electronic Arts’ new service, EA Access, is off to a prompt start: Xbox One owners can subscribe to the post-beta, fully fledged version of the service today, only two weeks after its initial reveal.

EA Access offers a service completely different from anything previously available to game consumers. Unlike Steam and Origin, which simply process digital sales, and PlayStation Now, which focuses on fee-based rentals, EA Access gives players unlimited time with titles available through the service—so long as they keep paying, of course. For $5 a month, or $30 a year, users can buy access to “The Vault,” which—as its somewhat less-than-creative name indicates—will contain a growing selection of currently available Xbox One games. The Lead Producer for EA Access, Michael Lewis, cited Netflix as a primary inspiration for the service when speaking to Xbox Wire, and gaming’s Netflix it certainly seems to aspire to be.

Given that EA Access can provide only games owned by EA itself, it seems at a natural disadvantage against services like PlayStation Now, which has the ability to offer a more diverse selection. EA is probably one of the few publishers that could provide a decent value with its library alone, though, and EA Access provides more incentive beyond access to The Vault for consumers interested in EA games to sweeten the deal. EA Access members will receive 10% off digital download purchases of EA titles and DLC, and will also get access to “trials” of new games five days before they release. Unlike traditional demos, EA Access trials allow members to access the full game, and players who choose to purchase the game after the trial ends can keep their saves and progress from where they left off.

At the moment, the Xbox One console’s infancy limits the selection in The Vault to just four starting titles: Madden NFL 25, FIFA 14, Peggle 2, and Battlefield 4; however, EA promises that more titles will be added “soon.” Additionally, subscribers to the service can look forward to the upcoming trials for Madden NFL 15, NHL 15, FIFA 15, NBA Live 15, and Dragon Age: Inquisition, which, as IGN reported, EA has confirmed as slated for early access via the service. If the promotional graphic featured on the EA Access Twitter page grants an accurate glimpse into future plans for the service, Plants vs. Zombies: Garden Warfare and Need for Speed Rivals are among the other games that may pop up to join the offerings. 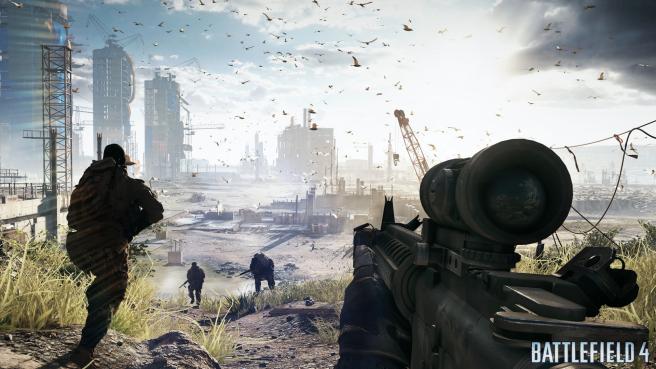 As with any story that involves the massive point of contention that is Electronic Arts, much controversy has surfaced around EA Access. Console tug-of-war fanatics have a major bone to pick, in particular, over EA Access being Xbox One exclusive. Unlike with typical console-exclusive game deals, though, this exclusivity was born of Sony rejecting EA’s service. In a statement to Game Informer, a Sony representative gave the reason behind this rejection: “We evaluated the EA Access subscription offering and decided that it does not bring the kind of value PlayStation customers have come to expect” and added that, “We don’t think asking our fans to pay an additional $5 a month for this EA-specific program represents good value to the PlayStation gamer.” On the opposite side of the spectrum, GameSpot reported that Xbox team’s Jeff Rubenstein called EA Access “very much a game-changer,” and a slew of internet commenters have contributed support to this view by emphasizing the value of at least having the option to choose EA Access.