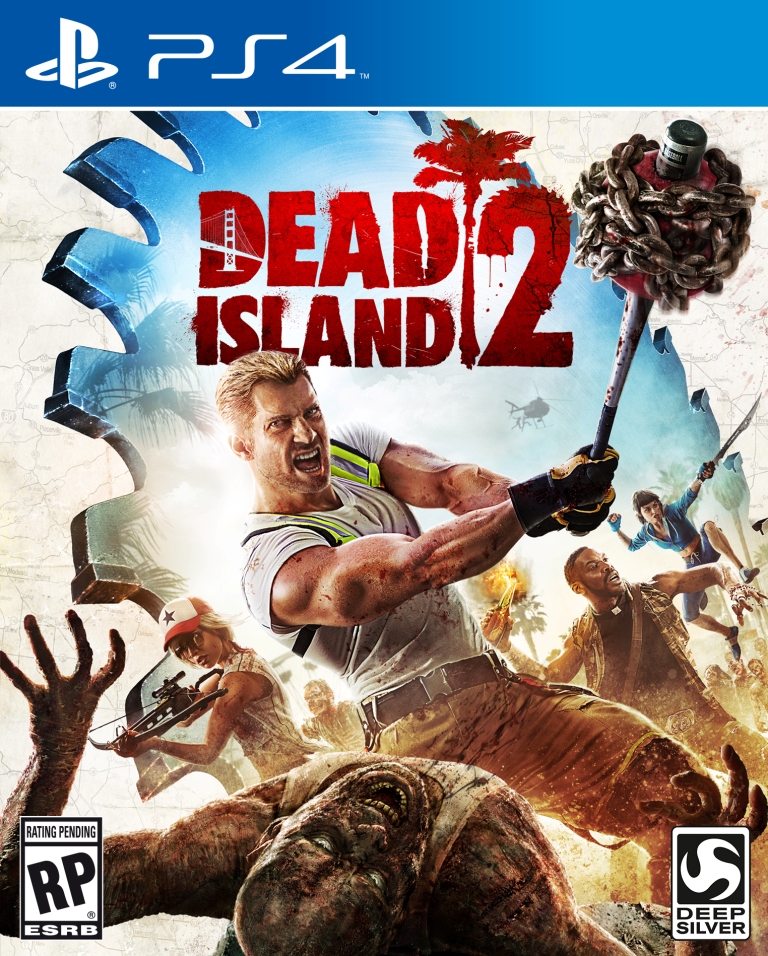 Don’t lie, you know you always kind of want the whole end-of-days class zombie pandemic to happen because you think you could handle the whole thing, right?

You’d be an undead-head-smashing, supply-raiding, fortress-building mofo that’d run about the streets with relative impunity, beaning groaning walkers over the head with reinforced curtain rods and baseball bats. Basically, you’d be living the Dead Island 2 dream that Deep Silver wants you to dream.

I apologize in advance for the lack of images here, the Deep Silver guys aren’t giving much to work with.

Now look, the other part of most of us knows that that isn’t true: if the outbreak were bad enough to obliterate 99% of the world’s population within a few days, I’m pretty sure the fact that you were cooped up in a basement or happened to sleep through the first bits won’t let you live through the whole thing. But that’s besides the point.

What matters is that the rather mediocre Dead Island, and its sort-of-sequel Dead Island: Riptide are set to get a sequel, whether we like it or not.

The first game was rather wrought with problems. A cinematic trailer (probably still one of the best trailers I’ve seen in years) mislead many into thinking we’d be getting a highly visceral, emotional experience growing attached to families torn apart by the collapse of society around them, that sort of thing.

What we got was a small batch of people immune to the virus, which was apparently caused by cannibalism or something (I repressed much of my experience), who slogged through a bug-filled environment with crappy pathfinding and murdered loads of zombies with what were actually some pretty awesome weapons. The game was well-conceived, but ill-executed: containers contained only a single piece of loot and took way to long to open, a busted co-op system let players jump into your games right at your level without ever having to have gone through the earlier stages, most of the zombies were carbon copies of other zombies, and the story was so forgettable that…I forgot most of it.

Deep Silver didn’t want to give up on the whole thing. Instead, the game has a new development studio behind it with a pretty good pedigree (Yager, of Spec Ops: The Line fame) and a trailer that seems to promise a game that doesn’t take itself quite so seriously. At least, that’s what they let on at the onset of a little presentation I got to sit in on.

Removed from the tropical island of Banoi, the virus has now spread to many parts of the world, but hasn’t hit a pandemic stage quite yet. Los Angeles has been hit, and much of the city has been quarantined off, with some survivors still inside.

The focus this time is more on creating a zombie playground, they told us, you’re once again playing as a group of four immune citizens, again with different classes and skills to allow for maximum mayhem throughout LA. These characters were not yet given names, but we did get to hear their classes: berserker, speeder, hunter, and bishop.

These four are supported by the decidedly less immune Max Furry and his partner (and cat) Rick Furry. Our presenter was quick to mention that they wanted to make sure things were as accurate with these folks as possible, so Rick Furry has the pleasure of being the first cat in a game that was actually mocapped by a real cat. Priorities.

It does legitimately seem like the devs have taken the feedback regarding the problems in the first game to heart. A new component system has been announced to ensure that there are far more combinations for zombies, so we can expect not to see the same eight people recreated tons of times.

Zombies are no longer quite as singularly purposed, either. Since the zombies were the only threat in the first game, it was disappointing to see that they only exhibited one kind of behavior: relentlessly approach the player, hit/bite player. That’s literally all. Now, the zombies can be used as tools in various ways, but have also become decidedly more threatening. They’re attracted to noise, so you might be able to sneak through a space, but knock some stuff over or clank a walker over the head with a frying pan and the rest might come running.

Environments are decidedly more destructible, so shutting a door between you and the thing that wants to eat you is no longer a guarantee for safety, given enough time and effort, they can break through doors. Better set off a nearby car alarm to get them to ignore you for a while.

Rather than only fighting the zombies, human factions will also be at work in the gamescape, bandits and military personnel vie for territory and behave fundamentally differently from the zombies, though no footage of that was shown.

The game is taking the looting and crafting system from its predecessors to a new level, also making sure that you can whip up new and impressive weapons on the fly, no workbench required this time around. Not only are there thousands of weapons available now, but they are including a new set of motorized weapons, as well. These weapons, naturally, can rip apart large sums of zombies with ease, but they are loud and require fuel, a resource which is bound to be relatively rare. In case you still want to become a whirling dervish of death without all the extra noise, our emcee confirmed that dual wielding is a thing in the game now, so I look forward to having a machete hooked up to a car battery in one hand and a fire axe that has literally been set on fire in the other.

The multiplayer mode has also seen an update that might make it something more compelling to partake in. Before, you and three others could cooperatively operate in one person’s game, finishing missions and looting to your heart’s content. Now, eight players can occupy the open-world space, and are under no obligation to work together—and can even actively seek to hunt and harm the other players, should they decide to do so.

The possible ramifications of this are absolutely enticing, if you ask me. I love the idea of being the rogue element in a game like this. The guy that quietly stalks the host, waiting for the right moment before making a lot of noise nearby and attracted hordes of zombies to ruin their day. No direct contact required.