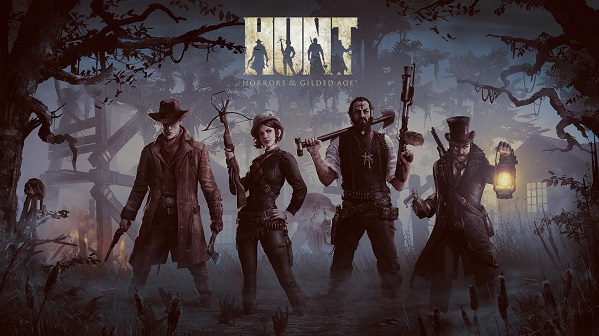 When we caught wind of the four player cooperative HUNT: Horrors of the Gilded Age, it certainly looked like a promising concept.

Nutshell style: the game appears to function almost like a four-player version of The Mercenaries mode from Resident Evil. The gameplay we saw was prerecorded, but gave a pretty good idea of what to expect when we finally get our hands on HUNT sometime fairly soon. 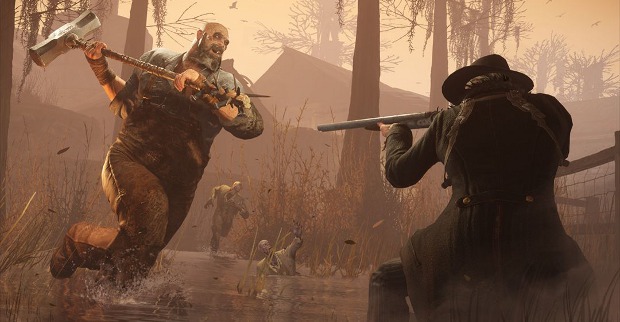 Set in the late 1800s, HUNT has you craft a character to your specifications in order to combat a series of supernatural threats as a small group. The game seeks to emulate the sort of team-based prowl through an area that Left 4 Dead might have, but with considerably more diversity in character archetypes.

One of the four characters on display here held a simple double-barrel shotgun for quick burst damage and crowd suppression. Another carried bright silver revolvers for heavier DPS and extended damage-dealing capabilities. Lever rifles allow for longer-range encounters with more precision. Another (in between combat encounters) utilized some strange magics in order to help track the group’s prey: a powerful and dangerous witch deep in a Louisiana bayou.

The group reaches a small shantytown in the swamp, occupied by a surly bunch of Cajun thralls. The group approaches carefully and quietly, keeping low and using quieter weapons to shoot out lanterns to cover their advance.

Things devolve quickly, however, as the party reaches dry ground. Their enemies are numerous, throwing sticks of dynamite and wielding anything they can find to pummel the hunters. I hate to call it unimaginative, but the combat absolutely screams Resident Evil 4, the thralls are very reminiscent of the Ganados from the game, creepily shouting at the heroes and all that.

The party is quickly swarmed. They grab hatchets to try to clear some breathing room and display a simple, but effective dodge maneuver to duck under attacks and slip through the lines. Our previous preview seemed to indicate that ammunition and other support items would be fairly hard to come by, so making shots count will be crucial to success.

The footage we saw didn’t necessarily support that idea. Though I didn’t see the players picking up a lot of extra bullets, they certainly didn’t seem to be running low at any particular point, either. It’s entirely possible that limits have been set high during playtesting or for this particular demo.

Despite their best efforts, our heroes struggle. An extra large hammer-wielding foe grabs one of the party and chokes them to death. Whoever was controlling these players were clearly on different pages, and it became clear that even fairly basic enemies can pose a threat if the players don’t cooperate properly—much like it affected our previous attempts in Evolve.

Still, the party pulled through, focusing their attention on larger threats and clearing out the camp. As they move on, they pass a coffin with something inside yelling to be released—their compatriot who had fallen in battle. Fallen players can appear in a variety of macabre locations to be rescued in order to rejoin the group. 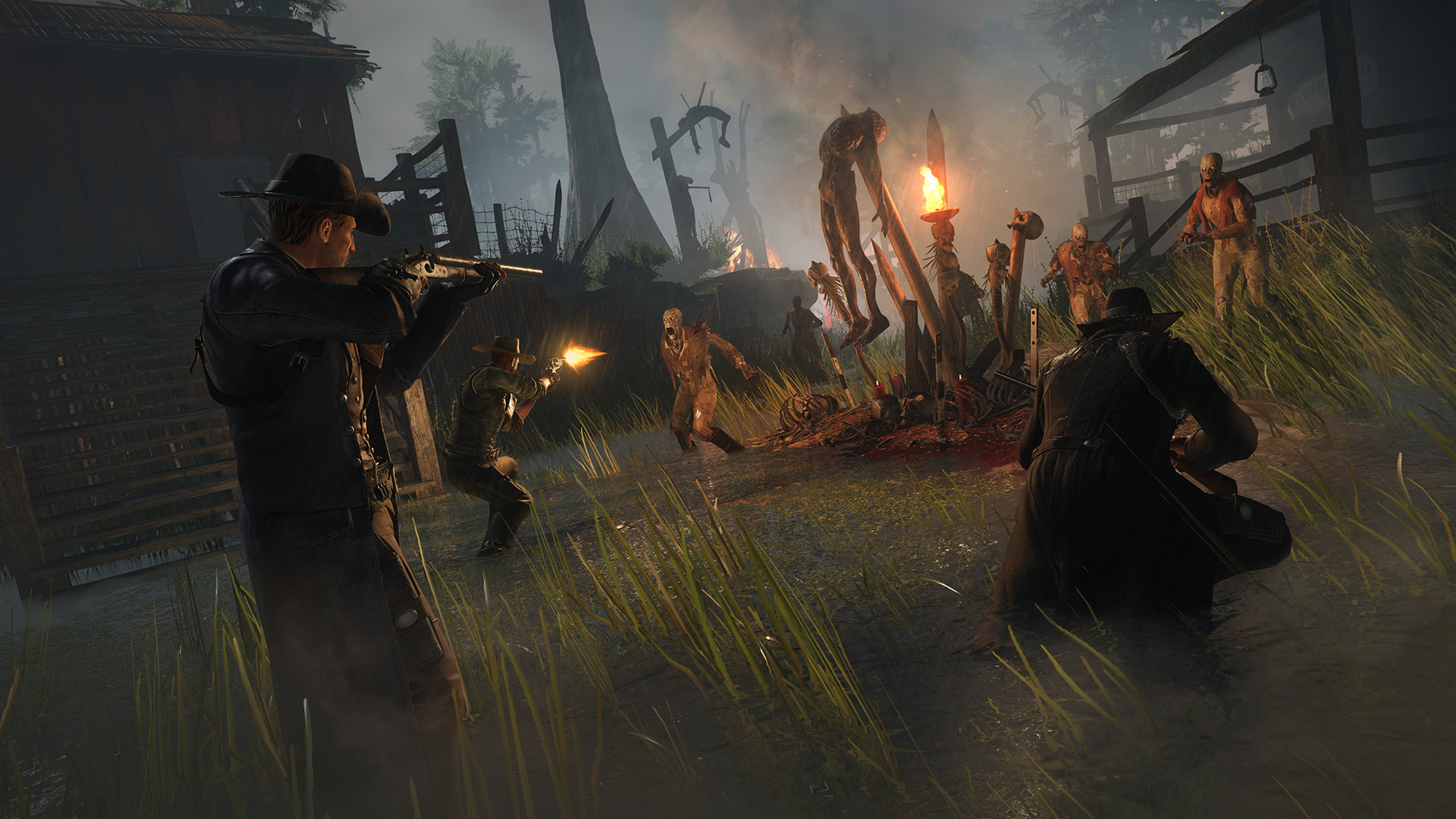 The group encounters some enemy variety as they move into a deep swamp area behind the village, as creepy zombie-esque creatures lurk in the deep water, constantly attempting to pull the group into the murky depths. One player employs a flamethrower to clear the path en masse.