Given all the wackiness that’s been coming from North Korea lately, it stands to reason that more Homefront games would be released. I wasn’t expecting to be quite so impressed with what I saw, however. 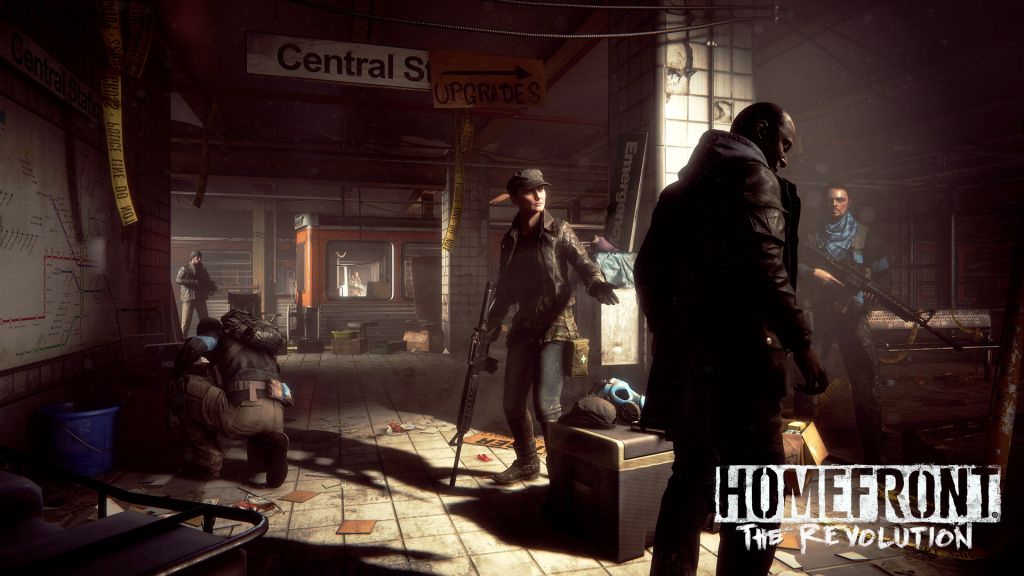 The first Homefront was a pretty mediocre game released in 2011. The game is an alternate history in which North Korea successfully invades and occupies America in 2025 after launching an “advanced GPS satellite” that turns out to be an orbital EMP generator and subsequently fries the US infrastructure. You play as a member of the American resistance in 2027, eventually striking a sizable blow to the Korean People’s Army and rallying guerrilla troops to start retaking territory.

The game was pretty middle-of-the-road, critics couldn’t decide whether the story and atmosphere were good or awful, and really the only part of the game that was well-met by most was the multiplayer, the rest of the game was totally standard faire.

In the end, the development studio for Homefront (Kaos Studios) was shut down, but THQ wasn’t done with it yet, and began to form plans for Crytek to develop the game. After their bankruptcy, Crytek acquired the rights to the series as a whole, and the results are downright impressive. 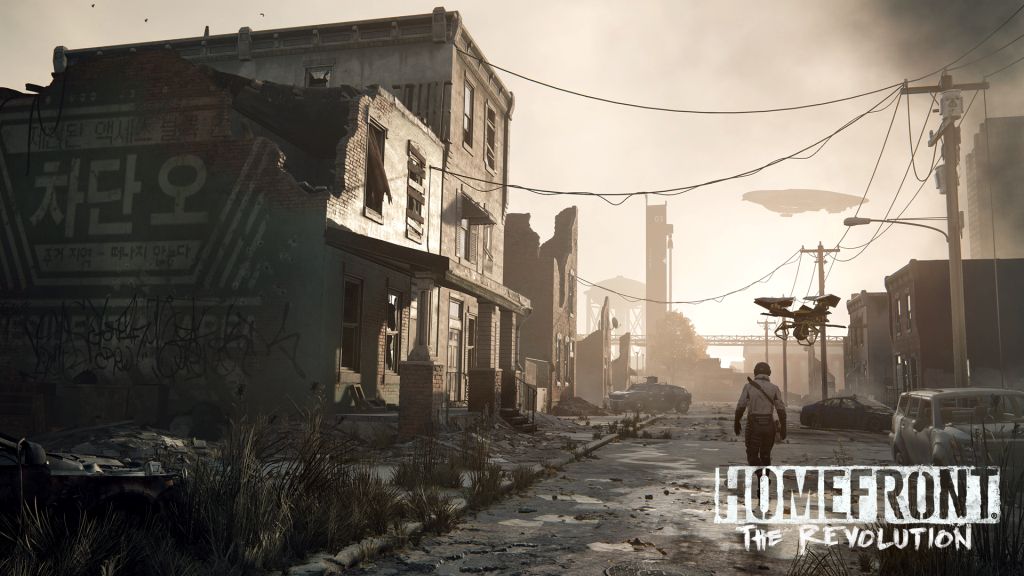 Homefront 2: The Revolution sees more parallels with games like Far Cry than it does with other first-person shooters. Rather than a series of corridors and setpieces, the game is a freeroam guerrilla war game set in an open-world version of occupied Philadelphia.

The game is set in 2029, four years after the occupation, and the KPA is in total control. Technology has been advancing rapidly for the invaders, who have a decidedly more futuristic look about them,  employing unmanned drones that constantly patrol the city and fancy armored vehicles and the like.

The team chose Philadelphia very specifically in an attempt to display just how far America has fallen in Homefront 2. The city has been iconic in American history, and is filled with numerous artifacts that are indicative of America’s fight for freedom and liberty. The KPA chose this location as their primary seat of power for a reason, as well, using it to demoralize American citizens and further solidify their position of power. 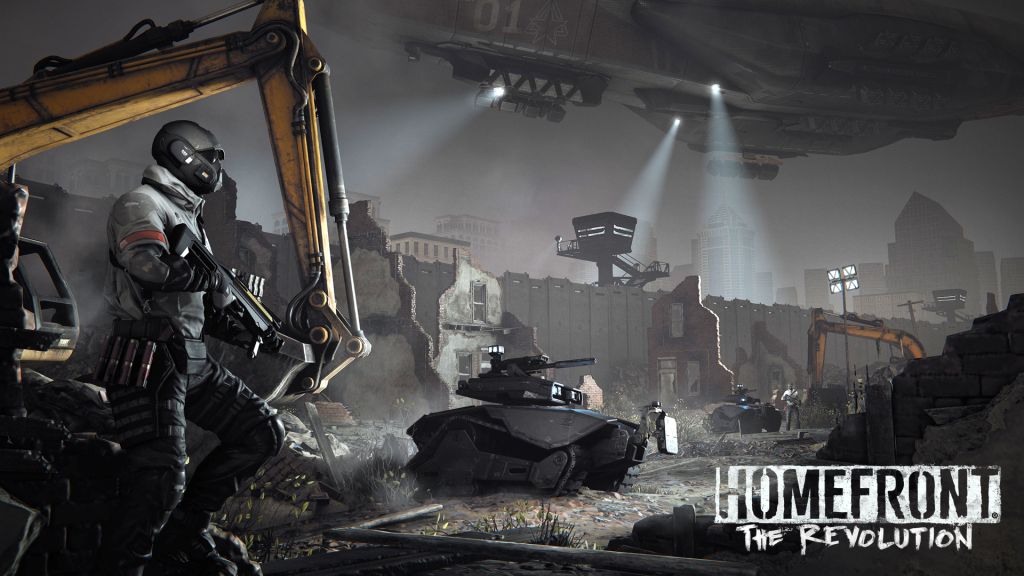 The first thing I noticed in the demo is just how well the new game conveys the sense of despair and hopelessness among the populace. Sure, you’re sort of a plucky resistance group, but there’s not a whole lot of “let’s get out there and show these sons of bitches,” talk, opting instead for a more subdued atmosphere and reserved speech.

Our protagonist, Ethan Brady, fiddles with a radio before grabbing a smartphone with a message about the next job, a far more believable method of coordinating resistance activities than people blabbing on radios all day. The hideout you’re in is a bustling hub, people are always active, checking building plans, assembling useful devices, guarding windows and checking on the injured and the like. 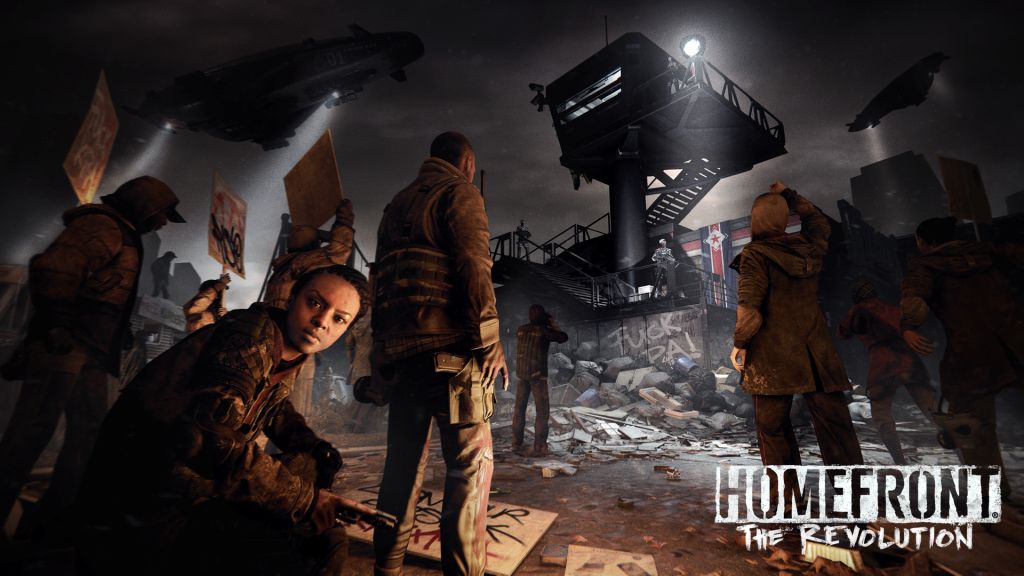 The setting outside is grim and dark. Trash fills the streets, lit by propaganda spewing televisions and spotlights. A drunk man is accosted by a drone while peeing on a building and is summarily beaten by KPA troops. As you move to your destination, the city appears alive (granted, this could be demo trickery, that remains to be seen), silhouettes of armed guerrilla troops dash across the rooftops towards your objective, you’re not completely alone in this.

Crytek has always done a good job of never really taking the player out of the game for any reason, much like Far Cry 2 and 3, the game doesn’t just feature menus that pause the action around you if you want to, say, check your map. Ethan pulls out his phone to access various useful apps, mission logs, messages, or a GPS map, for instance. You can load up your camera to track and mark threats, for example, to better plan how you approach a situation.

Ethan evades a drone and performs a stealth takedown on a KPA trooper, well in keeping with Crytek’s idea that you’re fighting an asymmetrical war here. The KPA is far more well-armed than you, and has significantly more resources at their disposal. Firing a gun in this situation would clearly alert the nearby drone or other KPA officials that might be in the area. If the drone had seen Ethan it could call for reinforcements, forcing the player to disengage and hide. 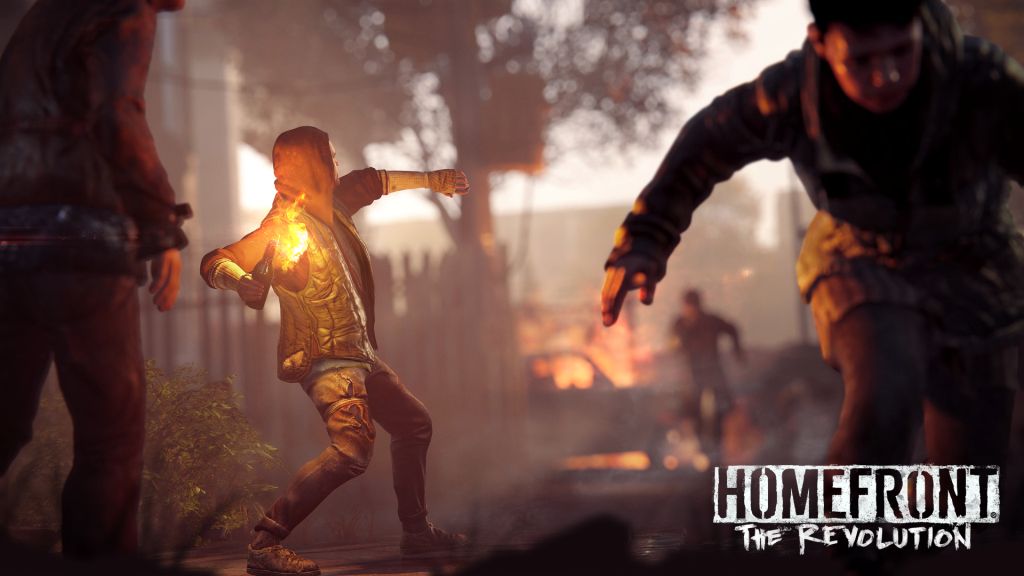 This is further fleshed out in a system our presenters called “a reactive occupation”. The KPA isn’t necessarily a monolithic organization that just sits and waits for you to come to them. Similarly, as you take down troops and KPA defenses, you also bring more of the populace around to your cause, and the KPA will react in a variety of ways.

Rather than shoot out a nearby camera, Ethan picks up a brick from the environment and uses it instead; it’s quieter and conserves your more precious resources to utilize your environment to your advantage. His camera marked a symbol that had been painted on the wall nearby, part of the resistance’s secret language. This particular symbol denotes a nearby stash of useful items.

I was struck by some of the subtlety the game seems to present at this point. Ethan was taking some items he needed to free some prisoners from a nearby police station when a drone flies by the window and attempt to scan inside. Ethan crouched down behind a counter, not only lowering his weapon (since it would be poking into the surface in front of him), but also putting a hand out as he peeked over. It’s a (ahem) far cry from other games that ignore this sort of immersion, really making you feel as though your movements are natural, and never taking you out of your character’s head.

This carries through to other in-game mechanics, such as the modification of weapons. As the drone flies away, Ethan just holds his gun out lengthwise in front of him, and a series of button prompts appear. By holding the requisite button, you can select an available attachment via a radial menu, which will be attached in real time. It was a moment of immense simplicity and clever design that actually got me excited just to see. 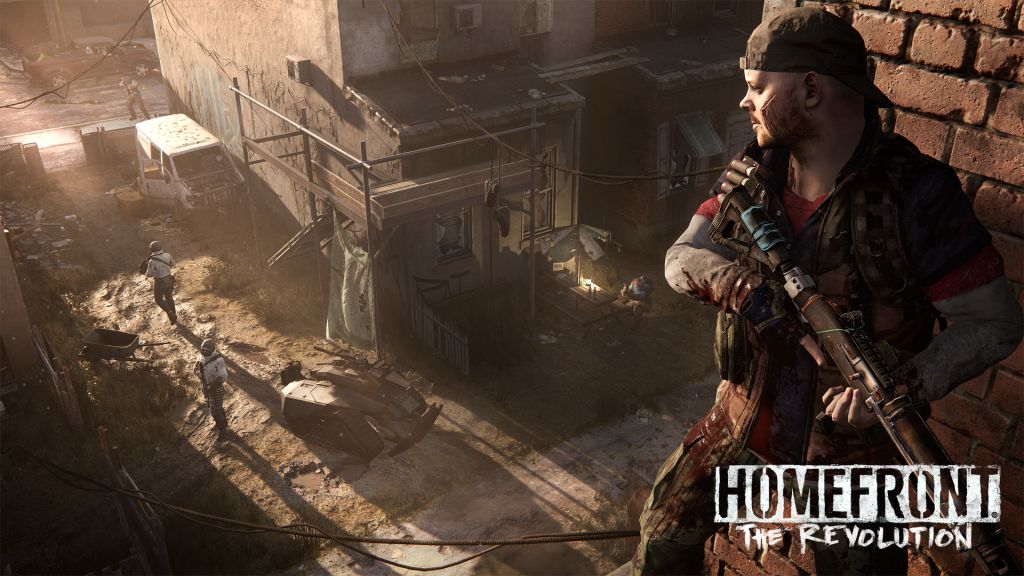 You’re given plenty of options as to how you’ll complete your objectives in Homefront 2, as well. Approaching the police station, Ethan spends some time marking enemy positions before laying down a remote-controlled car and crafting an IED to attach to it. Using his phone, the car is driven into the courtyard by rolling underneath an inbound convoy to avoid detection, and detonated at the doors, allowing the people inside to escape.

We finally get a look at some real combat at this point in the demo, which also include more elements that feel much more real than the game’s contemporaries. Ethan slides into cover behind some crates, popping out to suppress the KPA in the courtyard. As fire gets heavy, you can even blindfire over cover, minimizing your profile at the cost of being able to effectively aim your weapon.

The entire encounter is very dynamic. Bystanders run about in the chaos. Ethan throws a molotov to impede pursuit as the prisoners escape the yard. Other resistance members arrive and offer some support, as well, using similar tactics. Following another symbol painted on a building, Ethan gets off the streets into a resistance-occupied building (rather impressively through a window, I might add), sprinting through an improvised tunnel to flank his enemies, before finally changing the entire upper receiver of his weapon for a makeshift LMG.

I understand that there is very likely some trailer magic going on under the skin here, but if most of the concepts on display make it into the game and it looks like this upon release, we have something pretty special on our hands. After all, the studio has some pretty good pedigree behind it, the Far Cry series has only been getting better as it moves on, and you can see those elements in a different framework here. 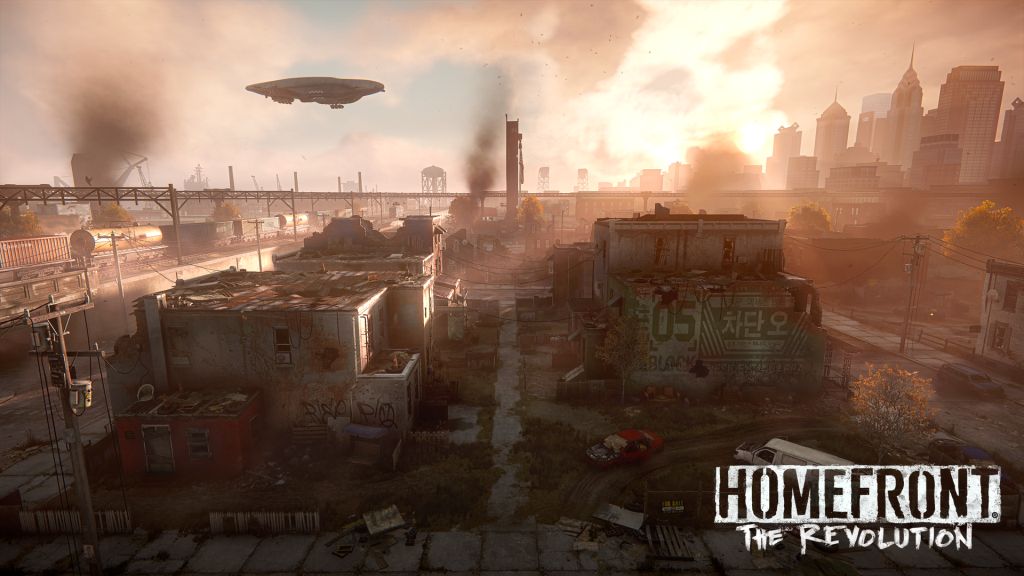 The game is due for next-gen systems and PC/Mac sometime in 2015 from Crytek. Take a look at the gameplay demo below.