E3 Hands-On: The Evil Within

Some would say that the most terrifying things are those that you cannot see, that which lies within. Those people haven’t seen some of what we might call the most horrifying things, nor might they have seen how these internal horrors might manifest in the real world; they haven’t played The Evil Within. 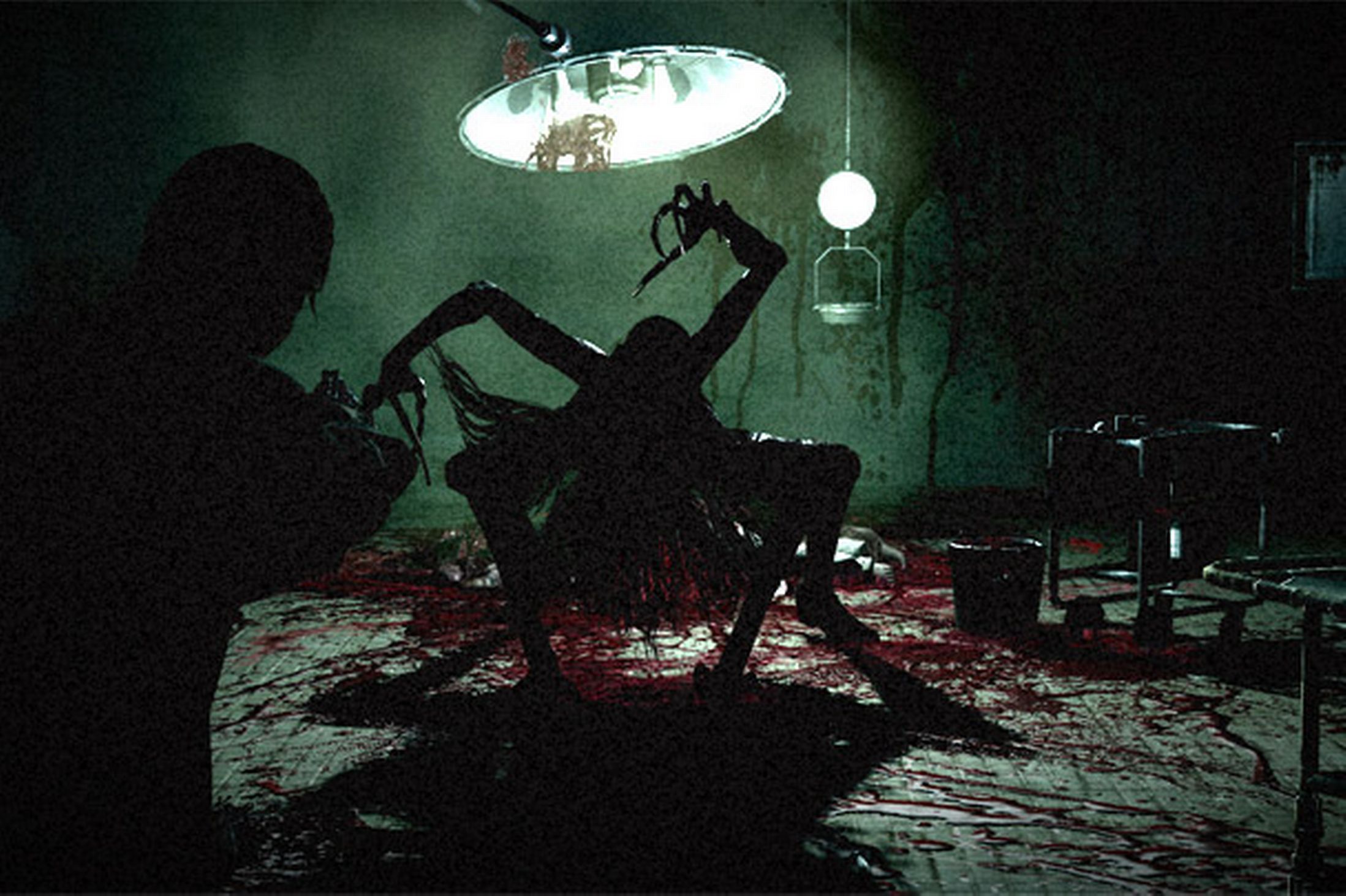 At every E3 I’ve been to, the Bethesda booth has always been this unusual and compelling structure. It’s closed off from all sides, save for a single entrance, protected by a simple desk. Other than, perhaps a simple screen on which a trailer or two is projected, there’s nothing to be seen there. We’ve asked in the past, only to be turned away. This year, though, I had my ducks in a row, and managed to nab an appointment to check out Bethesda’s offerings, the primary of which was The Evil Within, the new game from Shinji Mikami (of Resident Evil fame).

We checked out one of the trailers recently, and the game is patently Mikami-esque, you can see it bleeding through the animations and in the style. However, the game was really something else when I managed to get my hands on it.

In terms of gameplay speed and style, The Evil Within falls somewhere between Resident Evil 5 and 6. The game still features the over-the-shoulder camera popularized by Resident Evil 4, and the tank controls that pervaded until 6, but you are noticeably more mobile in this particular game.

While other games in the horror genre have been getting intensely more action-based as time goes on, The Evil Within really evokes a sense of vulnerability and limitation. Items in general truly are scarce, enemies are relentless and move erratically, and many aspects of the game feel really dangerous and tense.

You play as detective Sebastian Castellanos. During a murder investigation, Sebastian encounters a strange, hooded man who slaughters the other officers and renders Sebastian unconscious. Upon awakening, Sebastian finds himself in another world, filled with unusual creatures and other horrifying occupants. Sebastian has to explore this world to try to discover not only where he is, but what the source of this strange place might be.

The game’s antagonistic forces are very much reminiscent of the zombies of the older days, though there isn’t much information as to what their source is. I found some just wandering about, while others were engaged in more familiar, cannibalistic acts. Ammo is very limited in The Evil Within necessitating care with every shot. At the same time, the enemies are quicker than your average zombie, immensely violent, and at times, curiously resilient. 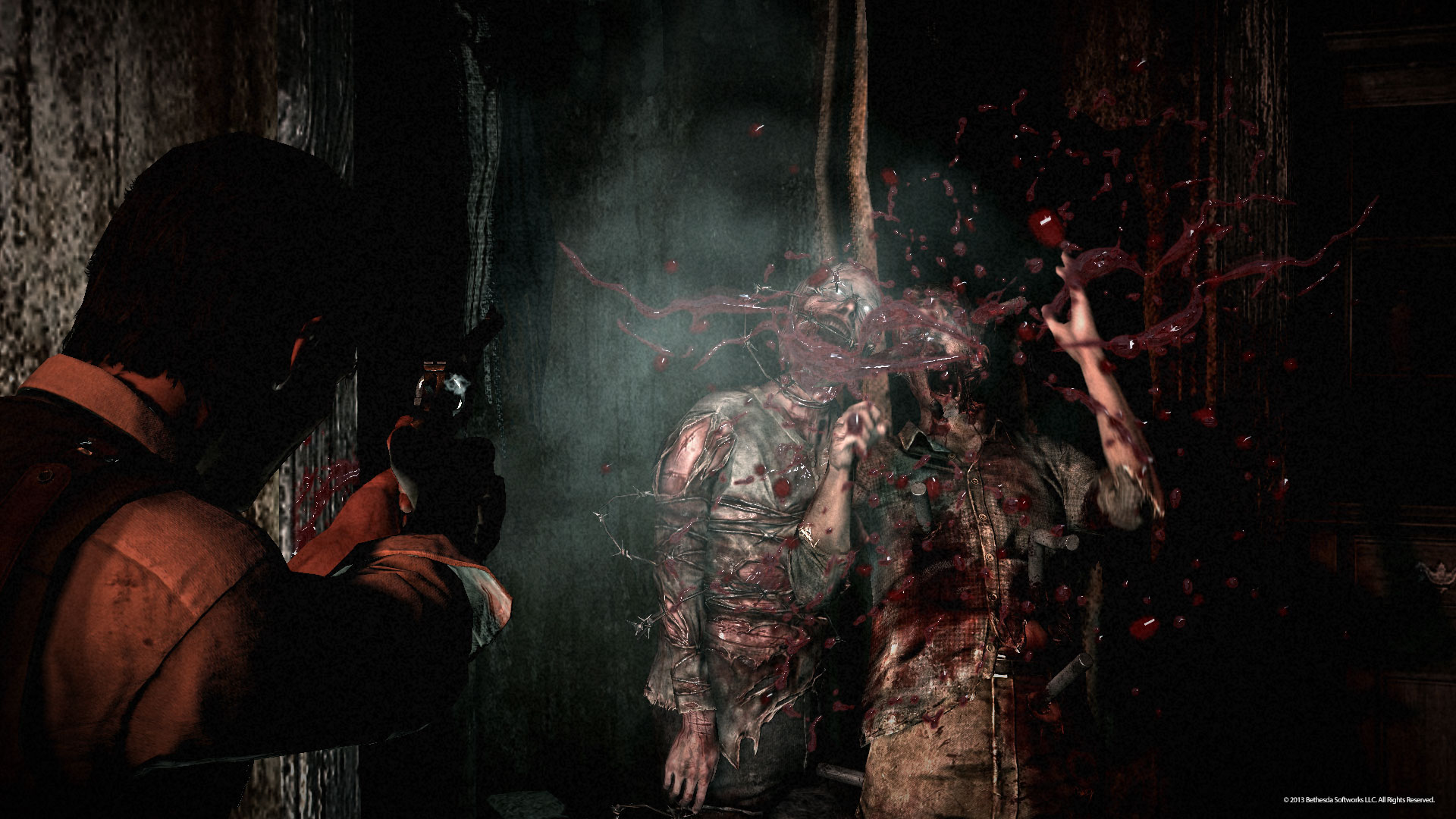 Headshots are no longer your go-to for damage, removing a head might only upset the creature more. Enemies are subject to area-based damage, so you can shoot them in the legs to trip them, or the arms for a stun to buy you some time. You do have a melee attack, but we were told that it’s not a replacement for lethal weapons, it exists almost solely to give yourself a chance to back up and line up a shot or retreat. Your last-ditch weapon is the Agony Crossbow, a weapon that you can use various elements in the environment to craft a variety of bolts for.

Even bringing firepower to bear is no guarantee of success, though. These monsters are powerful beings born of some kind of strange evil, and bullets alone don’t ensure their death. A fallen enemy may twitch and revive unless their body is burned using matches that Sebastian can find around the environment.

You are given at least a few other tools to conserve ammunition, though. The game features a fairly rudimentary stealth system, you can hold a shoulder button down to crouch low and severely reduce your movement speed, but you become much harder to detect, allowing you to either quietly flee a dangerous area, or sneak up behind enemies for a stealth kill that (as far as I was able to tell) puts an enemy out of commission for good, no burning required. Enemies can detect you by sight or sound, so it’s not only worth it to move slowly, but to stick to darker areas.

You’ll also find objects in the environment that can be used as combat supplements or distractions, like bottles to make noise or throw in an enemies face to stop them for a brief period of time. 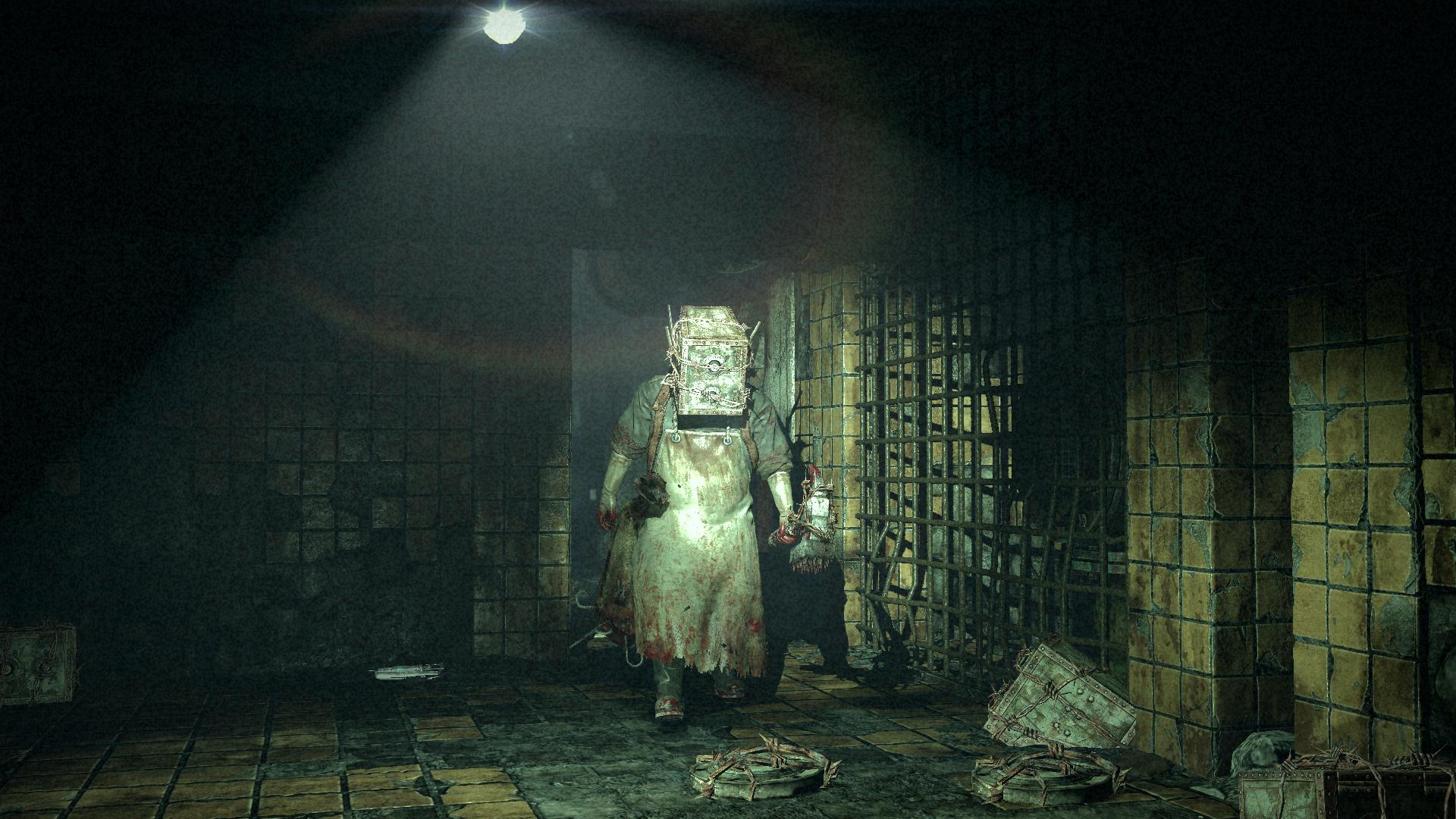 Sometimes, though, it’s just best to run. Every so often, the environment shifts dramatically, becoming tinted blue and filled with demonic whispers. The hooded man appears in this state, pursuing you slowly and deliberately from a random direction. Your weapons will do nothing to him, your only choice is to flee. If he manages to reach you, you’ll take a significant hit to your health.

The first time this happened to me I was mostly confused. I saw the man, and watched him vanish as I tried to shoot him. He appeared closer, and I barely slipped his grasp, kicking open a door before the room shifted back to normal and he disappeared. From then on, every color shift was met with a notable increase in my blood pressure, locating the man becomes top priority. He got me once, I just sprinted for the nearest door, and he came around a corner in front of me. I don’t scream much…but this game got at least one out of me. 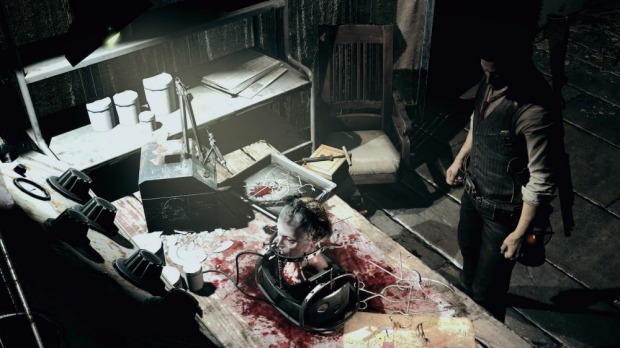 These monstrous assaults are tempered by various puzzles. Many of the puzzles encountered in this particular demo involved using a device to implant a probe in a particular area of a dissected human brain, making the determination by listening to a tape detailing what kind of reactions the patient displayed when certain areas of the brain were accessed. Others took a more Dead Space 2-like turn, like a set of grinders that pulled you in unless you shot the gears as it drags you across the floor.

Scattered around the areas are vials of a strange green gel, which is used while accessing a strange hostpital-esque safe area to upgrade Sebastian’s various abilities. You might make syringes more effective at restoring health, enhance your (paltry) melee damage, or extend your sprinting duration. You can also enhance your abilities with different weapons.

The game’s entire atmosphere has a sort of pseudo-Lovecraftian feel to it. The setting is filled with dark, misguided science. Labs are filled with human heads in jars or preserved on desks. The mansion featured in this particular chapter was filled with abundant libraries, lavish dining rooms, and way too many fireplaces. Fancy door locking mechanisms seem to involve being pumped with blood before unlocking, strange things like that.

Visually, the game looks fairly good, though I don’t think it will be winning any beauty contests. There were some definite frame rate concerns, as well, with cutscenes and the more intense moments bringing performance down close to unacceptable levels at times.

I feel like the game might be a little too in-your-face all around. The title is The Evil Within, the protagonist wakes up in a strange world filled with horrors that were intrinsically meant to be things that unsettle people on a very primordial level, meaning that they’re internal manifestations. It’s not exactly hard to make the connection that the world is somehow related to some so far unexplained moment in Sebastian’s past or something like that. I retain hope that it doesn’t get too trope-filled. 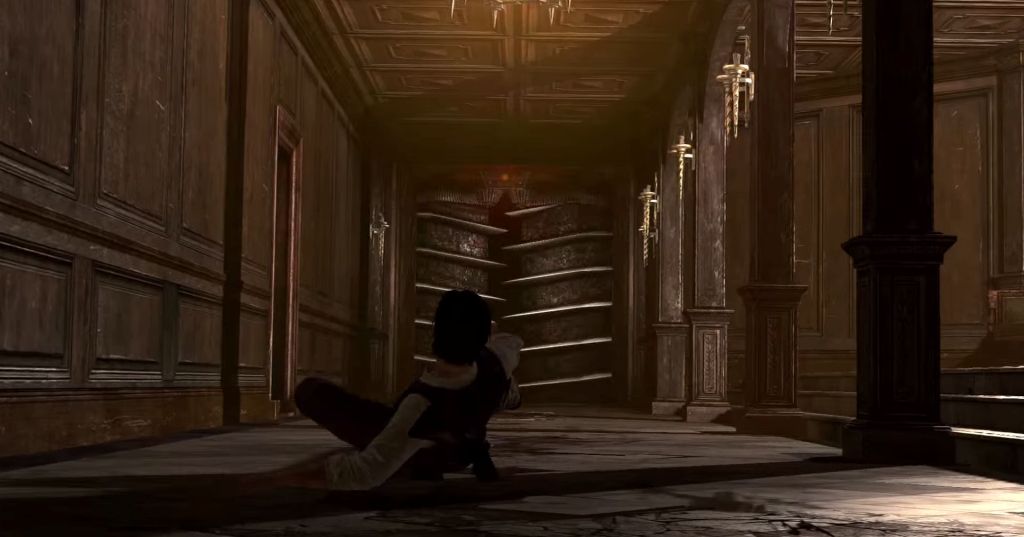 Even with that in mind, Mikami has always been one that delivered quality work, and that still shows through here. The gameplay of The Evil Within really does scream “survival horror” so much more than many of the games that have called themselves such recently.

We don’t have too long to wait, either. The Evil Within releases on October 14th this year on PC, Xbox 360, Xbox One, PlayStation 3, and PlayStation 4. If you’ve been looking for something to really freak you out, look no further.