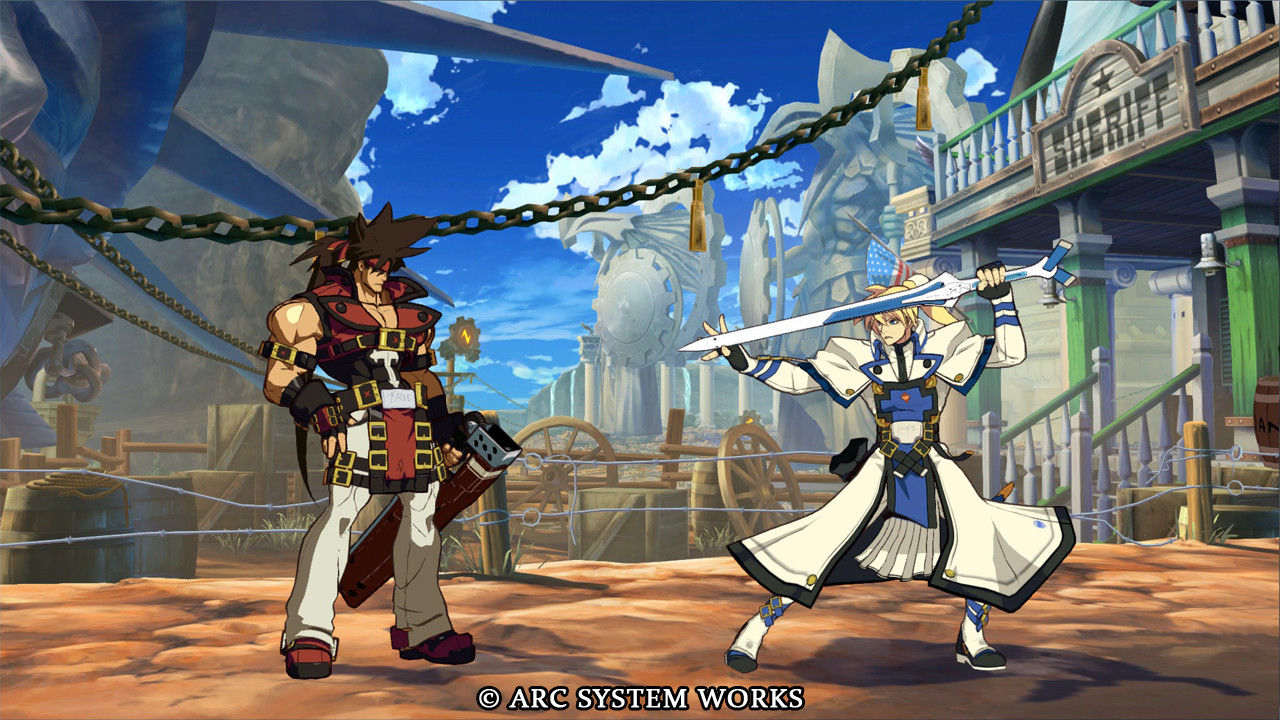 The series was once though dead, with series creator Daisuke Ishiwatari going on record saying no more Guilty Gear games would be made, as it had become some strange combination of too old and too hardcore for newer fans. Arc System Works instead focused their attention on similar fighters like BlazBlue and Persona 4 Arena, but for many of us who grew with Guilty Gear, it was never quite the same.

Imagine our surprise when a trailer mysteriously appeared for a new Guilty Gear game. I was in a room with a rather sizable group of people, all of whom were interested, so we loaded it up to watch it together. The collective sound of our jaws striking the floor was drowned in the blazing guitar riffs and general badassery the trailer contained, and we celebrated the return of a fighting game giant.

Guilty Gear is a special beast; it is a game that I consider to be one of the paragons of the genre. It most purely represents the high-speed 2D fighter, with blazing movement, heavy reflex requirements, and (I do not mean this in a bad way) less strategic thought. You might consider it the antithesis of Soul Calibur, operating in a more limited space and feeling considerably more spammy. 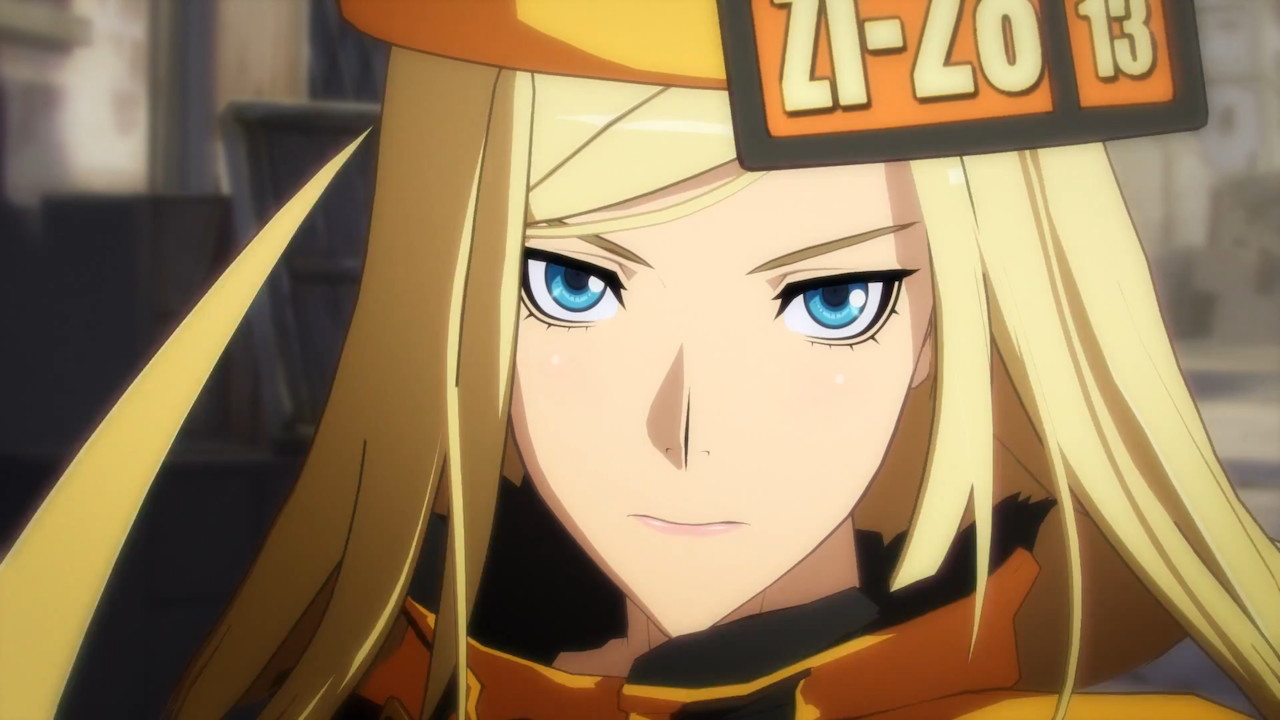 Whilst wandering the Sony booth at E3, I spied a station sporting Guilty Gear Xrd -SIGN-, and was compelled to play, after all, I was one of the ones who was deeply affected by the announcement that Guilty Gear was done.

The first thing anyone who has played the game before will notice is that the look is different. Arc System Works is known for having hand-drawn art in its games, often sporting very iconic characters with a unique style. For the first time in the series’s history (that’s eight games, if you include non-standard versions, and leave out Guilty Gear 2: Overture) that the characters are sporting new looks.

These new looks are no longer hand-drawn, sporting a new cel-shaded look, instead. The style is essentially retained, however, many of the characters are immediately familiar without being completely identical, it feels like a good, thematic decision all-around. The Guilty Gear games have always had strong elements that pervade every facet of the game, and it looks like the creators have made the right compromises to maintain the core identity, but freshen the game up considerably. 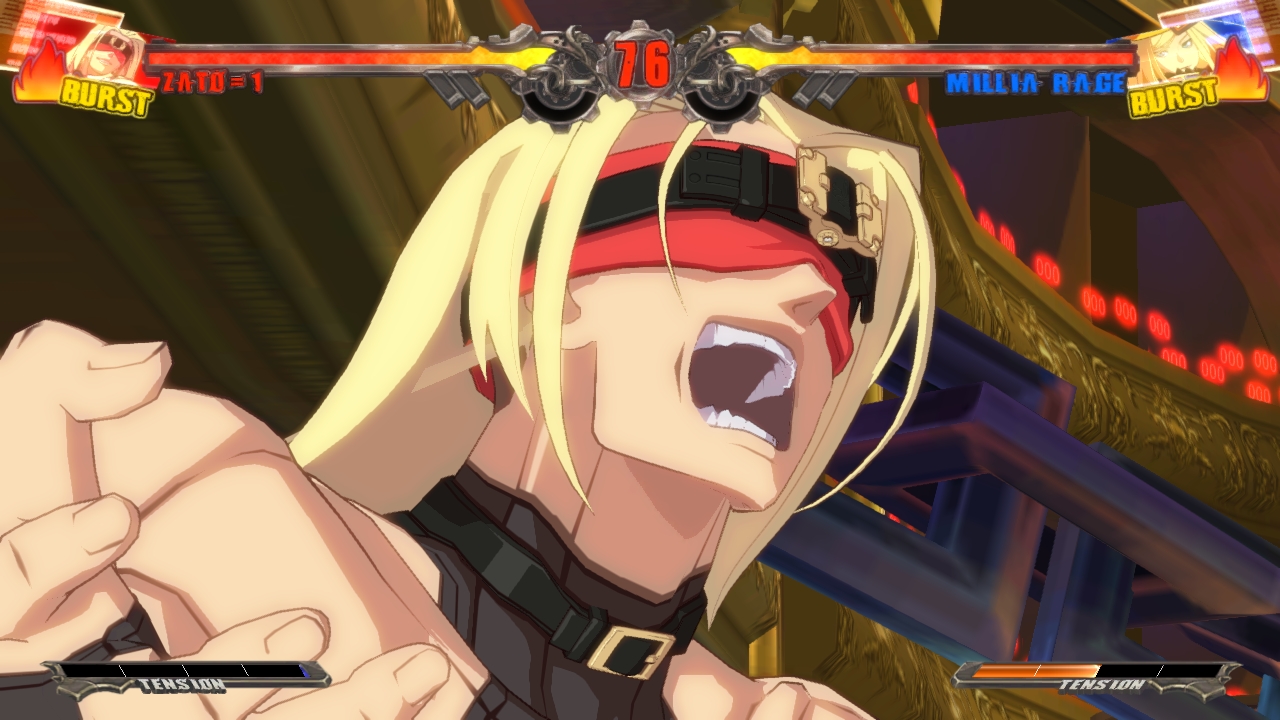 This allows for one of the biggest breaks from the original forms of the game: occasionally, the camera will deviate from its usual position and give more cinematic views of big moments. You can see this in various trailers, of course, but you’d be surprised at just how much it really adds to the game when its in your hands. The effect is not overused, relegated to successful Overdrive attacks, launches and finishing attacks, which are somehow always ridiculously epic (or at least, they were in the three matches I was able to play).

The core mechanics of the gameplay appear to be intact, though they feel as though they’ve been rebalanced a bit. I played as my two mains, Sol Badguy and May, before trying a new character named Ramlethal. Most of my movesets from the familiar faces appeared to be completely intact, falling into the same basic principals of quarter-circles and Shoryuken-movements (forward, down, down-forward) for their execution, and leaving the same basic button layouts for punch, kick, slash, heavy slash, and dust attacks the same.