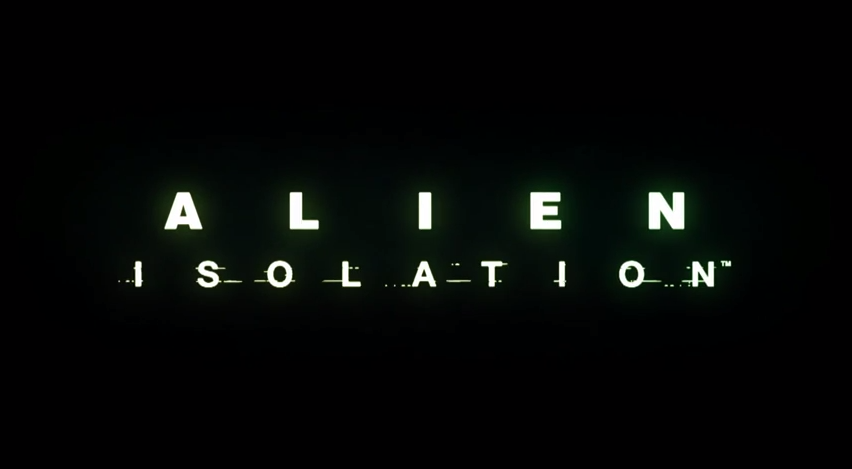 As a long-time horror game fan, it’s been a long time since a game has really gotten my heart rate to rise. After many years of trying to find a game to recreate that feeling, I was led into an elaborate booth at Sega to play Alien: Isolation, and I was not the same when I left. 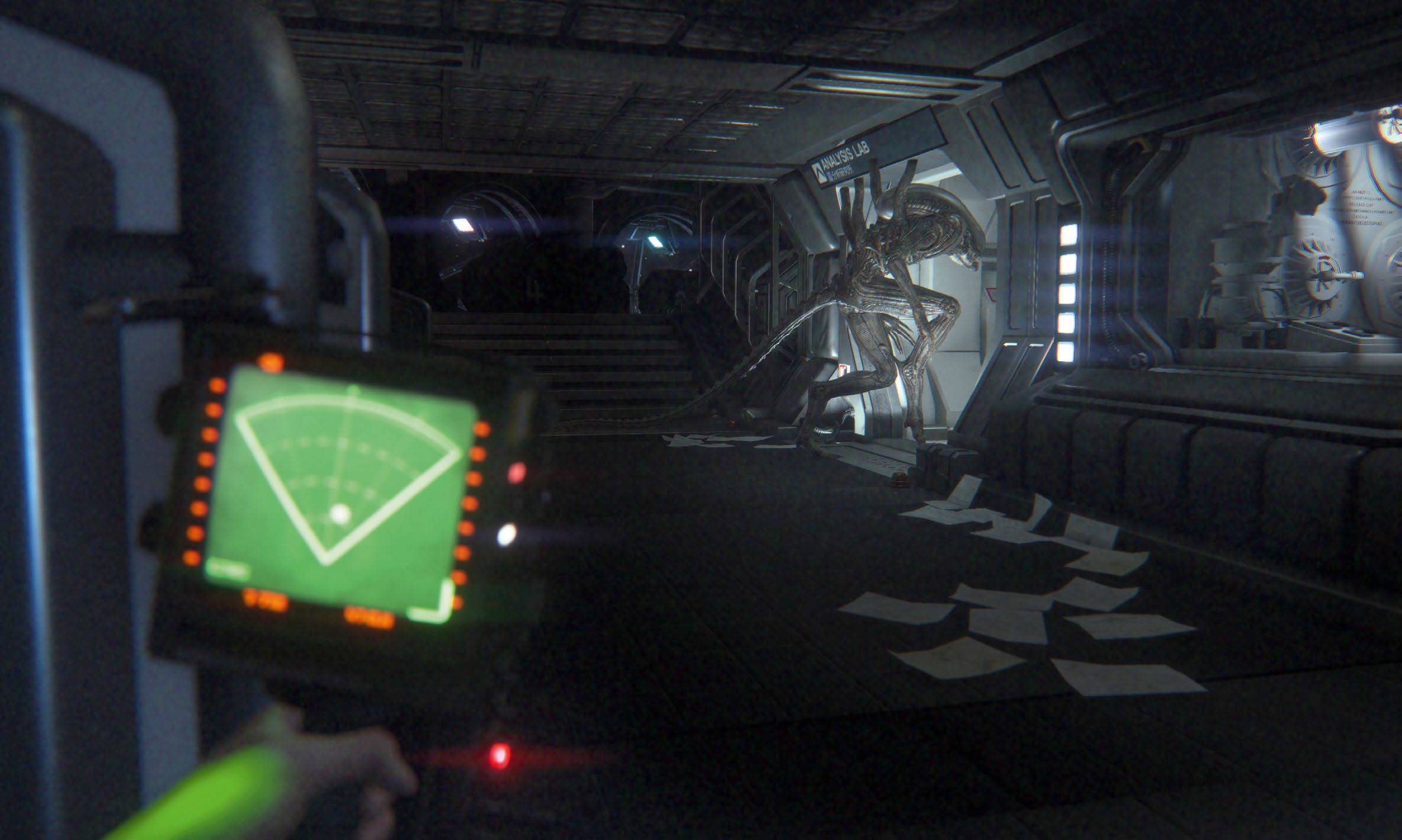 You see, Sega has been reeling in the Alien department since the release of Alien: Colonial Marines, an ill-fated shooter that was wracked with drama (trailers that in no way reflected the true nature of the game, terrible technology and execution, the list goes on). Naturally, many were leery when confronted with another game in the franchise, we’d all been hurt before.

But the game was quite unlike its predecessor. Rather than a squad-based action shooter, the game was instead presented as a single player horror experience, one that really seemed to know what its goals were.

This rapidly became clear as I started the demo. I knew a few details about the game going in: you play as Amanda Ripley, the daughter of our favorite space heroine. In this particular demo, we’re trapped on a deserted vessel, and are tasked with orchestrating an escape. This, of course, is exacerbated by the presence of a roving xenomorph. As I’m sure you’ve surmised, she’s hunting us at every moment. And is singularly horrifying.

The xenomorph in the game has been programmed with a complex set of AI parameters that unlocked over the course of encounters with the creature. In this sense, it slowly adapts to your growing evasive prowess, coming up with new or more aggressive methods for tracking you down. This isn’t your standard foray into stealth, either. You’re given few-to-no tools to strike at your enemy directly.

The demo started in a safe room, packed with a scant few items and crafting components. I was able to scavenge up a couple of containers, some explosive elements, and when ended up being my go-to tool, a flamethrower. Once you tap a button on the far door, the hunt is on. 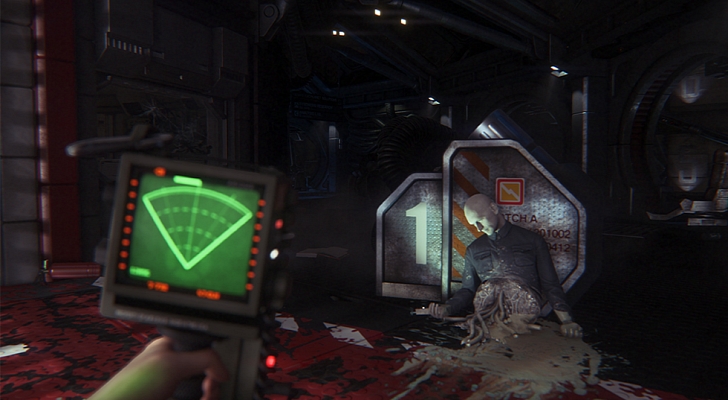 I caught a glimpse of the xenomorph immediately as it stomped away from me into a hallway. It appears that every stage of the game presents the player with a series of bonus objectives, though aside from added challenge, I was never able to deduce what purpose they served. I was prepared to try at least one of these (don’t use your motion tracker), but almost immediately gave up on the prospect: the atmosphere of the ship was so oppressive that I had my motion tracker out in seconds, tracking the green blip with spastic paranoia.

The game links the traditional survival-horror ideal of limiting resources and movement into many aspects of the game. For example, the left trigger will pull out and aim your flamethrower (which, I might add, starts with maybe two seconds or so worth of continuously burnable fuel), and the right button fires it. Your left button (or bumper, depending on your system) pulls out your motion tracker. While monitoring your motion tracker, your environment is shifted out of focus, requiring your to depress your left trigger to focus your vision, losing the finer points of your ability to use your tracker in the process. 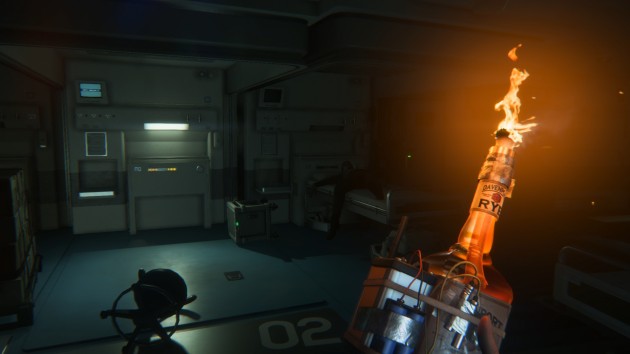 You can rifle through containers to find more crafting elements, in order to make items to aid you against the xenomorph. Among these in the demo were noisemakers, flamethrower fuel, molotov cocktails, and flares. Crafting these items isn’t a simple matter of bringing up a menu and pressing a button, though, the components of these items have to be selected and placed in real time, without pausing any action. Don’t think that you can whip up a molotov on the spot to try to scare the xenomorph off once she spots you. I was only able to craft a single item one time, and I did it while huddling in fear beneath a desk, with the xenomorph in another room.

Again, Amanda is geared for stealth, so you’ll also find yourself squeezing into lockers and cabinets if there’s no adequate cover nearby, or hiding beneath tables and desks, but don’t expect to be darting from corner to corner and remaining silent the whole way. Sprinting produces a lot of noise, bringing the xenomorph running from far greater distances. Movement while crouched is quiet, sure, but even if it isn’t the slowest I’ve ever moved in a game, crossing a room with little cover while a deadly alien is walking by the window certainly makes it seem like an eternity. 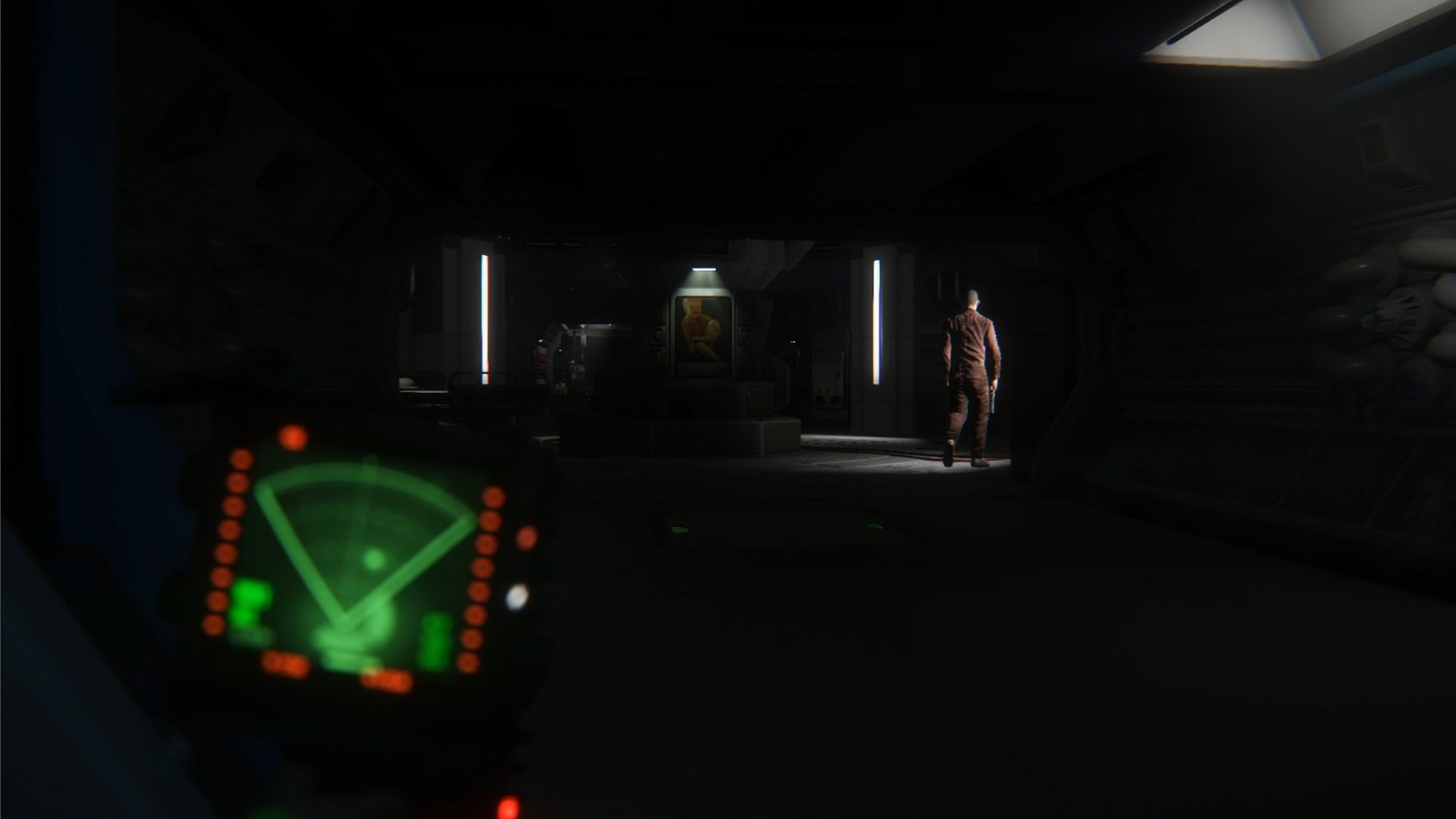 The game absolutely exudes atmosphere, as well. I’ve often lauded Dead Space and Dead Space 2 as the kings of AAA atmospheric horror, but they may take a second seat to Alien: Isolation. The xenomorph will often make noises that you can use to identify its behavior, but these are simultaneously useful, confusing, and stress-inducing. You might hear a shriek from around a corner, but it’s hard to tell if it saw you through a window, or maybe caught your scent, or just decided to leap into a vent to quickly move to another spot.

And it’s intensely difficult to really articulate just how horrifying it is to come face-to-face with the xenomorph in this case. We’ve been so acclimated to meeting adversity with big guns or flight, and its as through neither is an option here, the xenomorph is faster than you, and as far as I’m able to ascertain, cannot be killed. The first time I met the thing head-on, I had crawled into a cramped vent, in the hopes of moving around the beast. It must have smelled me through their, because it decided to come in the other end, which nearly resulted in the filling of my pants, but luckily manifested as a rather painful twitch, and the emptying of the rest of my flamethrower fuel (which of course meant the next time it saw me, I was quickly dispatched).

The xenomorph isn’t the only threat in the game, though I didn’t have the pleasure of finding another human or android to deal with. These other beings may or may not be antagonistic to you, and it would fall to you as to whether you would engage them to loot useful components or supplies, or leave them to act as distractions for the xenomorph, as they can also be tracked and hunted in your place, should they be noticed.

This is a game that embodies many of the aspects of horror games of the older days while still staying on the modern end of things. Your actions are constrained, but never in a way that feels unnatural, I never once during my demo thought “this is bullshit, I should be able to X”, but rather was constantly finding out new ways to interact with my environment without ever being told directly, they all felt like natural extensions of Amanda’s abilities, or things that I would try to do under those circumstances. 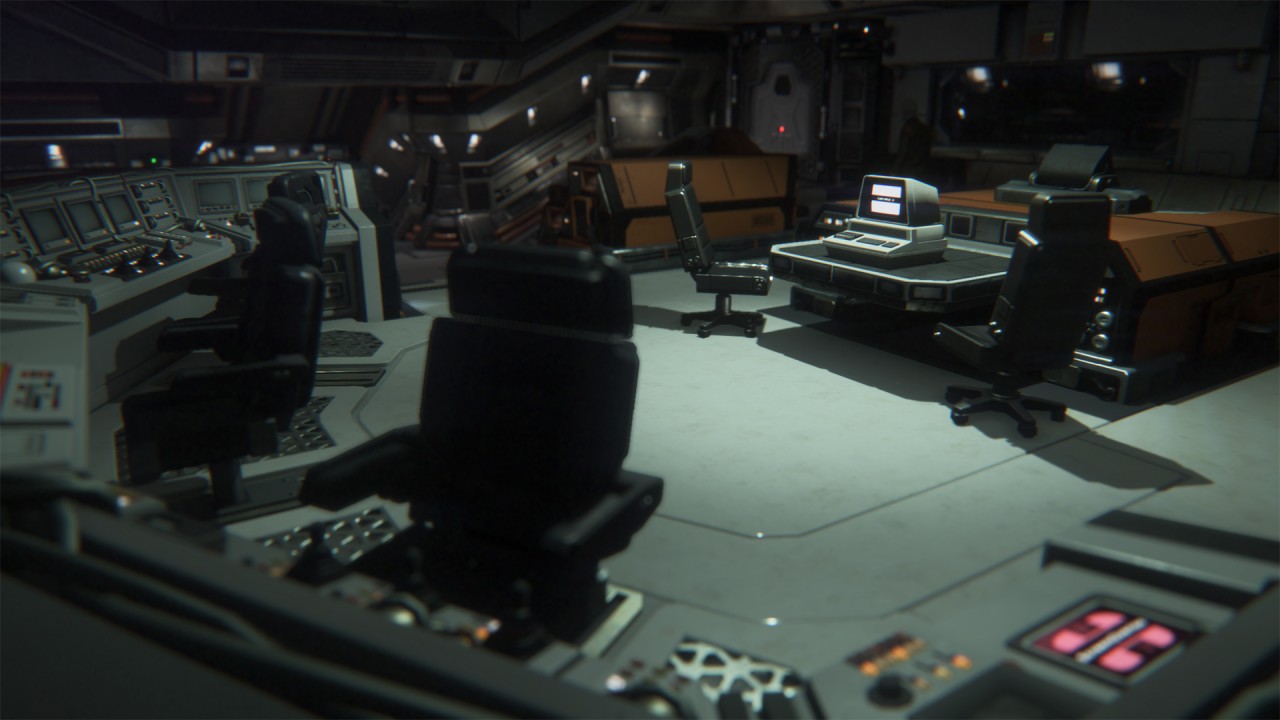 Alien: Isolation is headed to PlayStation 3 and 4, Xbox One and 360, and PC this October, courtesy of our friends over at Sega and The Creative Assembly. If you have the distinct urge to be utterly terrified by a game this fall, look no further.