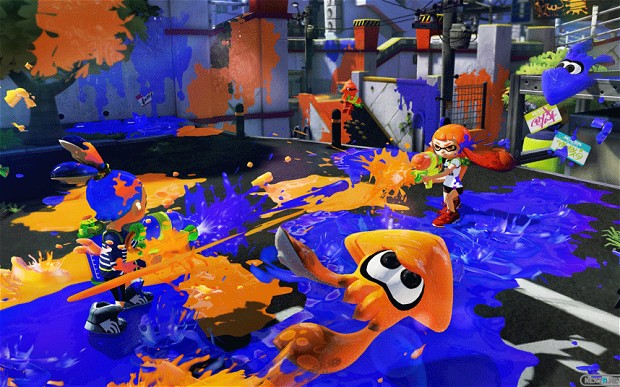 Many questioned why Nintendo was so steadfast in refusing to follow suit in creating violent, gritty and realistic games as consumers took to the first and third-person shooter genres in droves. Several years ago, the video game company’s creative genius, Shigeru Miyamoto, claimed he could make a game like Halo, but he just didn’t want to.

“It’s not that I couldn’t design that game. It’s just that I choose not to. One thing about my game design is that I never try to look for what people want and then try to make that game design. I always try to create new experiences that are fun to play,” the creator of genre-pioneering games like Super Mario Bros. and The Legend of Zelda boldly stated.

Naturally, the comments were met with backlash. If Nintendo could make a shooter even remotely as good as Halo, why wouldn’t it? Expanding the scope of its library of intellectual properties with more “mature” content surely might help in deflecting some of the criticism levied at it daily. Well, here we are, seven long years after Miyamoto made the above comments, and Nintendo finally has an intriguing shooting game to call its own.

At this year’s E3, Nintendo kicked off its digital event with a brief “conference” of sorts and used that time to announce the Wii U-exclusive Splatoon, the cleverly named portmanteau of the onomatopoeia for ink splatter and “platoon.” Instead of traditional guns, however, each character, who sports regenerative health, is outfitted with what’s pretty much a paint gun that automatically replenishes its ink reserves. In the E3 demo, the only weapons available were the ink gun and special items like the ink grenade and ink cannon, the latter of which is attained after filling up a requisite meter. A wider range of weapons is promised for the final release.

Controls are basic and accessible. You move your character with the left analog stick and can manipulate the camera with the right. You’re constantly pressing both of the trigger buttons to either shoot ink or turn into your squid form. What most people I know had trouble with, though, was the incorporation of the GamePad controller’s innate gyroscopic controls (which, I must stress, are optional). Moving your wrists slightly affects your aim. I found that this took a little getting used to, but it really does help fine-tune the experience.

The demo showcased one relatively small symmetrical map wherein the two teams of four would square off in a Turf War. The ink is this game’s draw, of course, and since it’s free-flowing, its implementation makes the map feel new in each playthrough. The object of this mode is to just cover as much of the stage’s walk-able surface area with your team’s own ink color (building walls don’t count toward that total) in the allotted amount of time. For the demo, we were allowed to play multiple matches of three minutes each.

The stage features a chokepoint in the middle, which is where a lot of the intense action takes place. So far, the game has a really nice sense of verticality. The level design on display is both far-reaching and fairly densely packed, making for a good variety. It isn’t easy to get lost. Being defeated during a match is merely a slight setback. You respawn where you began the level, but you can look down at your GamePad and choose where on the map to you want to “jump” to, allowing you to reenter the fray almost immediately.

Your character is an Inkling, a part-squid, part-humanoid hybrid. As such, you can transform into a squid at the press of a button. Doing so allows you to sort of “disappear” into the surface area’s ink. I put that in quotes because, while visibility of an opponent is limited when they’re in squid form, they are not invulnerable. If you follow the ripples in the paint, you can easily track down a moving target.