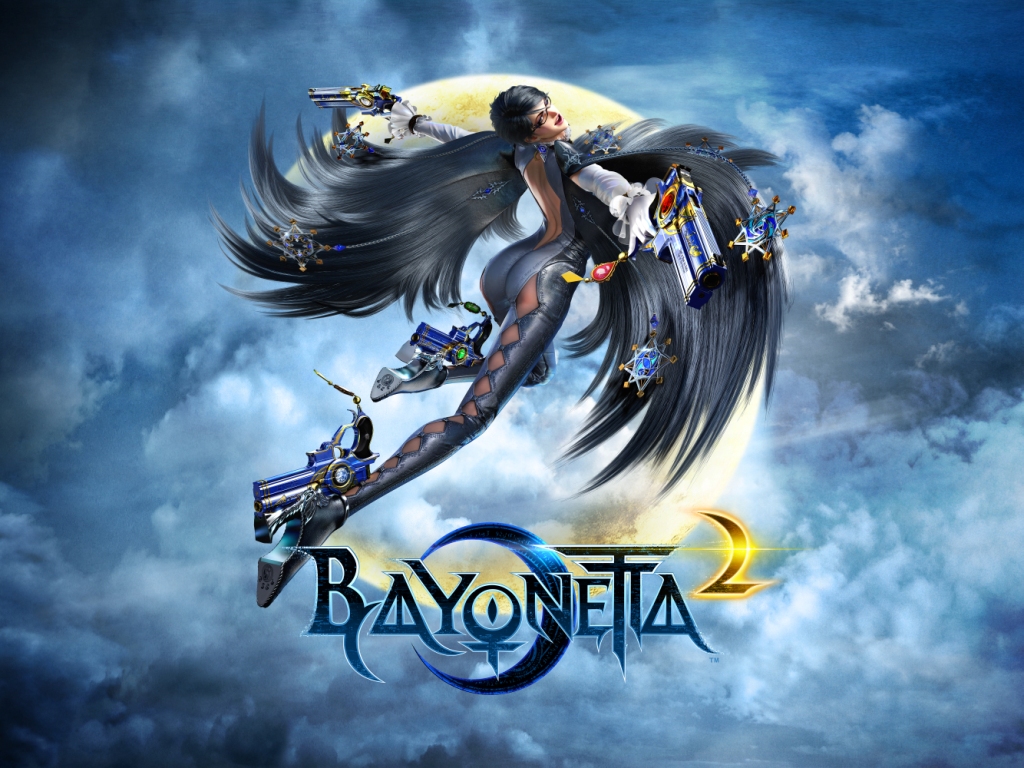 It might have been easy to forget about Bayonetta 2, the Wii U exclusive brawler by Platinum Games, after the announcement of Scalebound during the Microsoft press conference. Don’t let the flashy trailer fool you, though, there’s still plenty of life left in our shoe-gun toting witch yet. 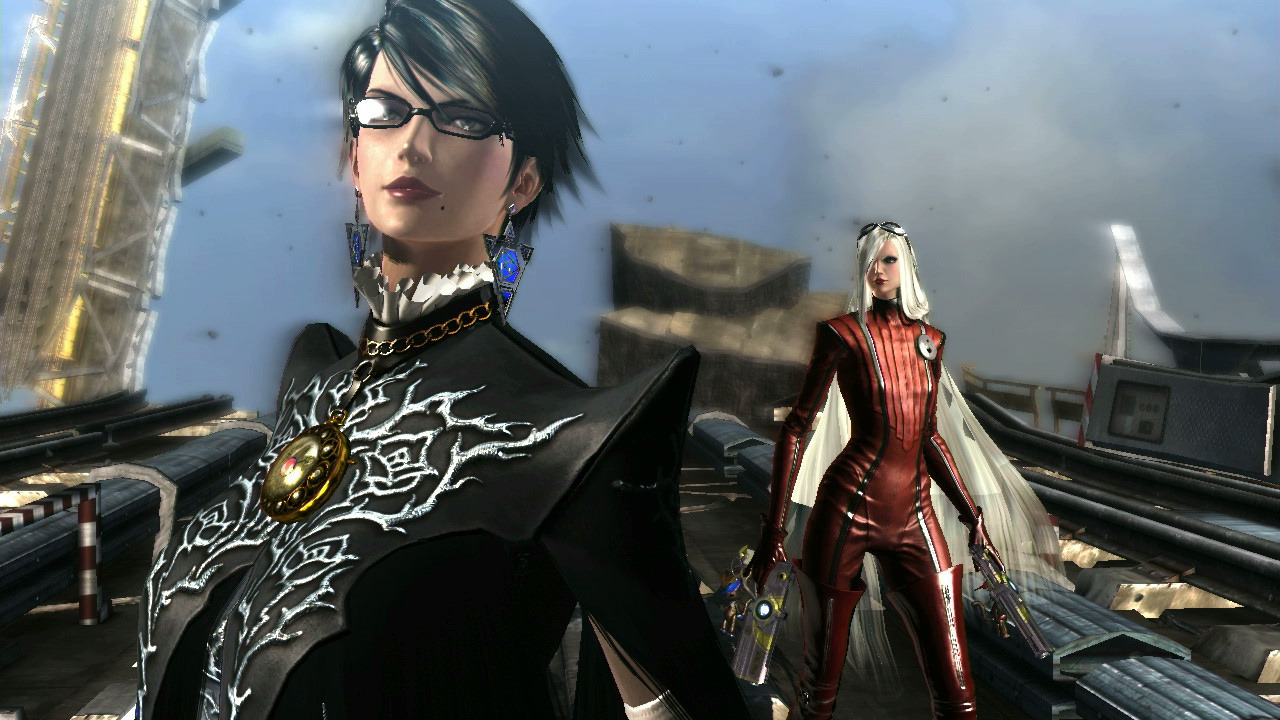 Bayonetta 2 was actually fairly unplanned, if you think about it. The first game was directed by Hideki Kamiya and produced by Yusuke Hashimoto, neither of whom had originally planned for a sequel. Hashimoto later recanted his previous statements, issuing that they would plan a sequel if the first game sold well. Bayonetta 2 was announced during a Nintendo Direct back in 2012, as a Wii U exclusive title, much to the chagrin of fans of the original, these complaints quickly quieted—without Nintendo’s intervention the second game would not have been considered.

Hashimoto is directing the game this time around, but in terms of immediate gameplay and style, you might not notice a difference between the first and the second game. The game still focuses on high-octane hacking, slashing, pounding, and shooting, all with an optimized look and performance.

Bayonetta and her once-rival Jeanne have been clearing the world of angels since the last game, dutifully fulfilling their roles as Umbra Witches in traditional, totally ridiculous fashion. During a particularly ill-fated attack, however, Jeanne ends up shielding Bayonetta from attack, and her soul is plunged into the gates of Hell. Bayonetta makes it her mission to reclaim Jeanne’s soul, traveling to a sacred that supposedly houses a gate between Inferno and Paradiso in order to gain access to the Gates of Hell. 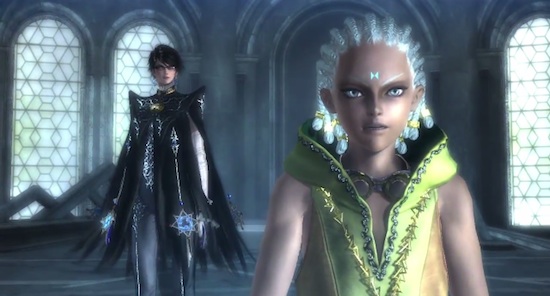 Obviously I couldn’t get nearly as much of the plot during my rather short stint with the game, but I was able to glean a few other details. I opted to jump into the latest playable portion of the game available (chapter 8, for what that’s worth). Bayonetta has met (and appears to be protecting) a young, cantankerous boy who appears to be some sort of prophet or hilariously rude messiah, it would appear that his abilities are necessary for Bayonetta’s purposes.

In this chapter, our charge was attacked by a masked figure, and Bayonetta steps in to rescue him, only to find that our attacker is none other than a Lumen Sage, a member of a long-dead order that once opposed the Umbra Witches in ancient times. This of course leads to immediate combat, and let me tell you, this really is where Platinum Games shines. 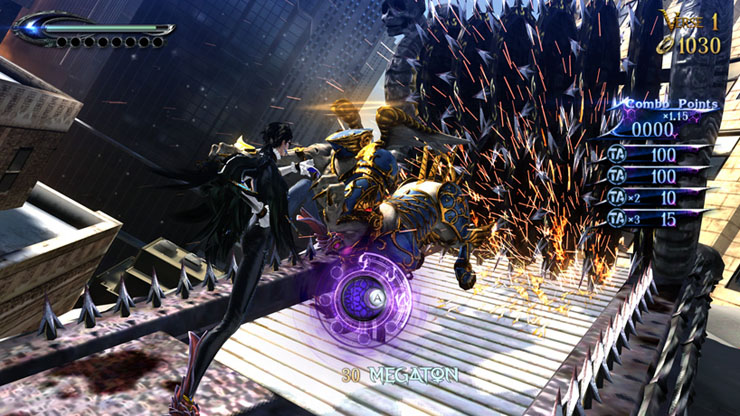 Functionally, Bayonetta 2 won’t surprise anyone that played the original game. You’ll be able to get right into chaining punches, kicks, dodges, and jumps together to rampage through your enemies. Stringing combos together felt notably more generous this time around, where the first game did occasionally require more precise button presses to get the more complex combos running, I was easily stringing attacks together with no issues.

Similarly, I noticed that enemy telegraphs were easier to read, summarily I was in Witch Time (a brief moment where time slows for all enemies if you dodge an attack with good timing) for a large portion of my demo, tearing baddies up.

In this stage I was given Bayonetta’s trademark pistols in my hands an on my feet, but my other weapon set appeared to be a new pair of dual swords that boasted more range and power, though they were a tad slower than my standard attacks, I did rather enjoy exploring the new ones out, though in terms of combos and diversity, they operated pretty much the same as my other weapons. 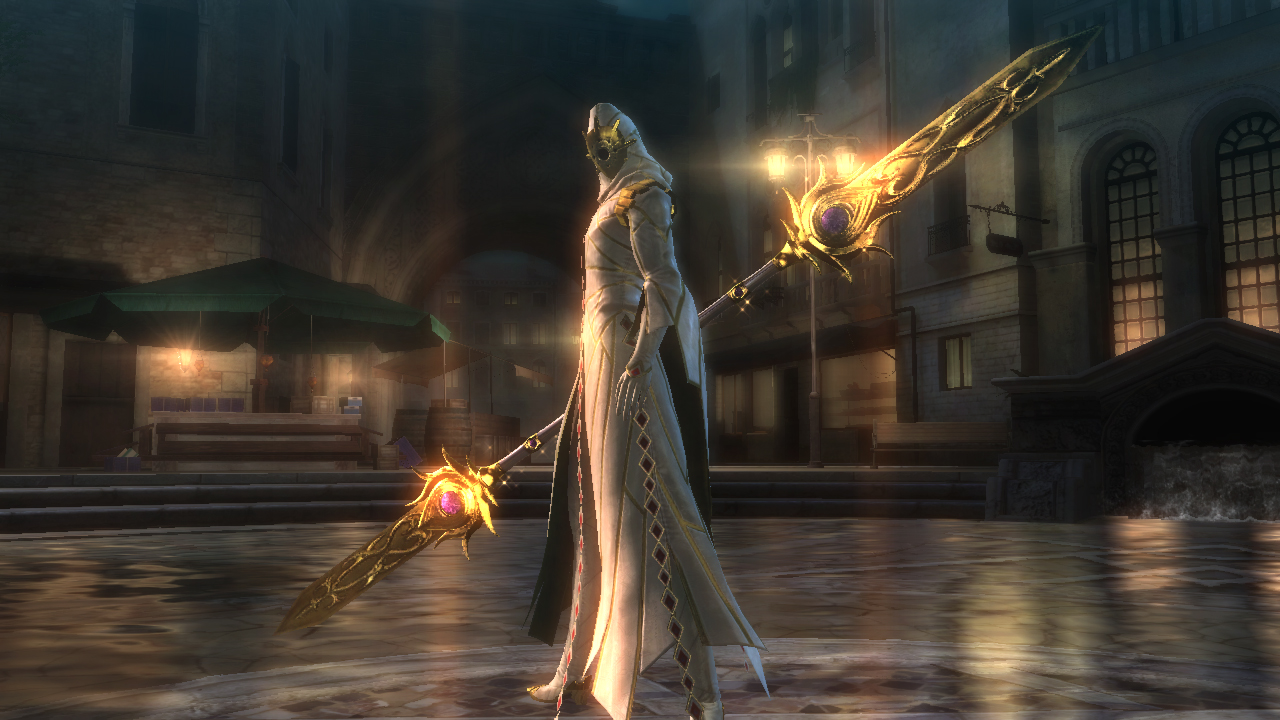 What impressed me most was my encounter with the Lumen Sage, which just so happened to occur in this chapter. After a brief cutscene, I was dropped into a major boss fight against an opponent with vaguely similar abilities to my own.

The combat really began to shine, the interplay of dodging around attacks and triggering dramatic slow-motion bursts was immediately mesmerizing and familiar, attacks once again felt like they had real impact and style. I’m not terribly familiar with the Wii U gamepad, but the controls were tight, responsive, and outside of a few mishaps early on, easy to remember and utilize.

Soon, my enemy summoned an angelic beast, which I quickly recognized as one of the bosses from the first game. Bayonetta responded by summoning a giant demon to fight it. Combat with the Sage continued, with an epic brawl between these giant monsters in the background. My only gripe at this particular moment was that I was unable to really take it all in, my focus was solely on ensuring the defeat of the Sage.

The old torture attacks and Wicked Weave-enhanced moves are still in the game, but the Umbran Climax is a new feature that can be used much like the Devil Trigger in the Devil May Cry series, once your meter is full, a tap of a button integrates the Wicked Weave into all attacks, dramatically increasing their range and power—some might recall that the largest boss fights in the first game were perpetually fought in this manner. 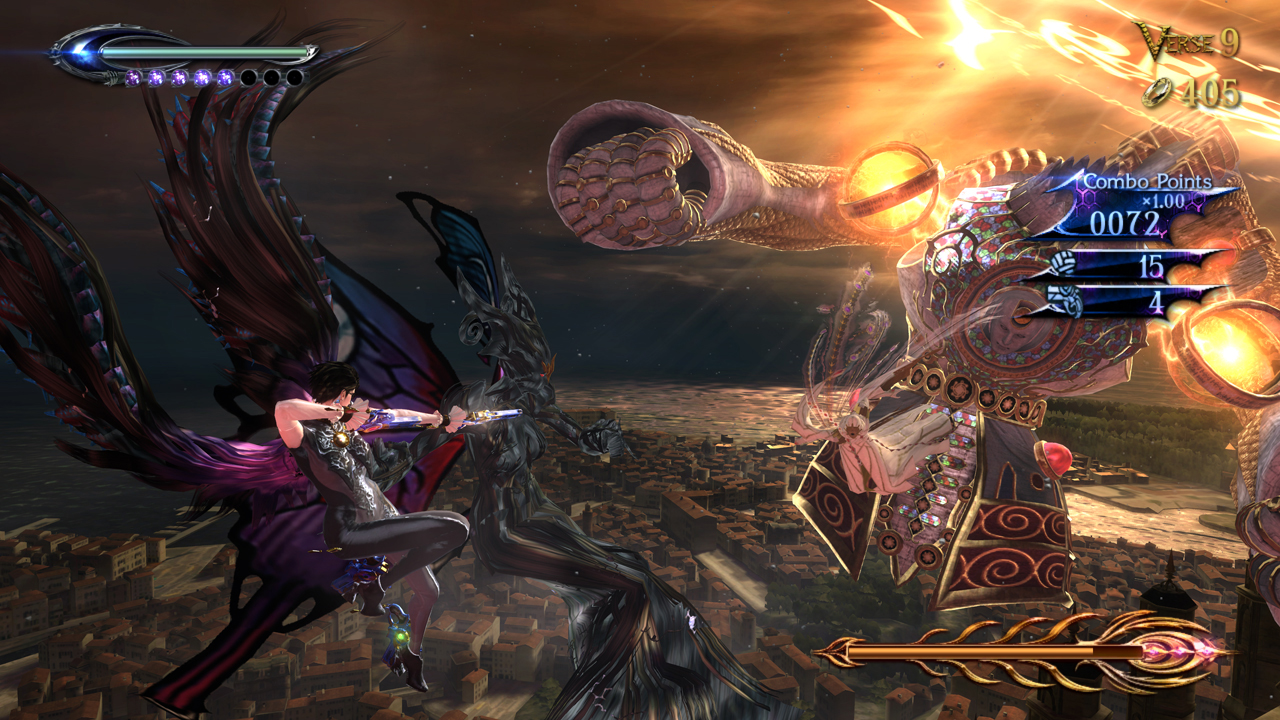 The presentation really stuck with me at this point, I could see the effects of the fight in the background, and all the visual effects being unleashed during my own combat, but the game showed no signs of slowing down, running smoothly no matter how ridiculous things became. It’s a real testament to the benefits that can arise from console exclusivity, players of the original might remember that the PlayStation 3 version of the game was bogged down by severe technical problems that resulted in highly reduced performance and long load times, eventually requiring a special patch that still only helped somewhat.

I was also surprised that Nintendo doesn’t seem to have imposed any unusual measure to try to ensure the game would be somehow more kid-friendly, Bayonetta’s clothes still disappear when using the Wicked Weave, and dialogue is about as campy and innuendo-laden as ever.

Some might say this is a bad thing. There were many complaints that the first game’s highly sexualized nature existed only as a hook, and served little real purpose in terms of theme or narrative, providing another shallow oh-look-at-me-I’m-gorgeous-and-badass heroine—something that a haircut and and small change of costume color alone won’t be able to stop. I maintain that while it won’t win any awards for its storytelling, Bayonetta wasn’t that bad in terms of theme, and the new game will likely continue that trend. What the game really did have was a very, very strong combat system, one that could practically obviate the need for any sort of fancy storytelling or oddly buried social commentary.

I emerged from my encounter victorious, and rather impressed with the demo. The whole game can run on the touch screen of the Wii U gamepad, as well, so there is some portability to it. It really does feel like Platinum has taken their old concept and tuned it to a much finer level, loosening where necessary, but keeping controls responsive in order to ensure that the action flows continuously.

Recent details have also indicated that there will be a two player cooperative mode included in the game, which will task players with defeating large challenges together.

Bayonetta 2 will be releasing for the Wii U in late September in Japan, and sometime in October internationally. There is also a bundle package of the Wii U that will house both the first and second games. If you haven’t found a good reason to get a Wii U yet, this might just be the one.