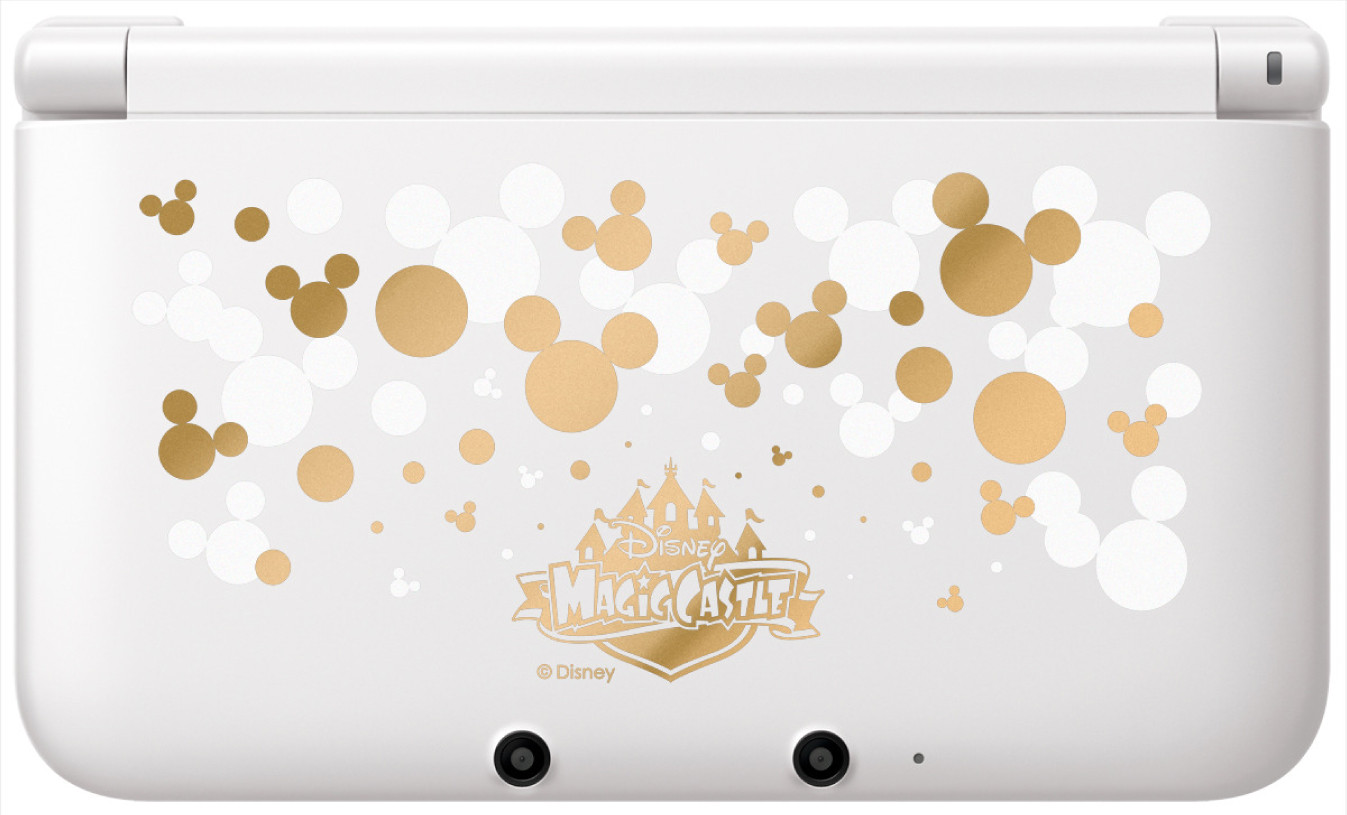 UPDATE: It has been confirmed that the limited edition Disney Magical World 3DS XL console will only be available for purchase at Walmart. The handheld device will retail for $199.96 and will not come bundled with the 3DS game, Disney Magical World. That’s the going price for regular 3DS XL models, so you’re not paying anything extra for the design, which is clearly fantastic. 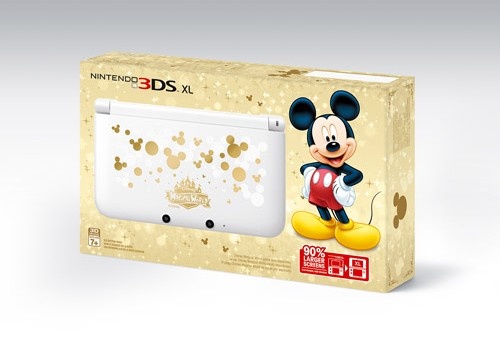 ORIGINAL STORY: Great news to all of you Nintendo 3DS fans!

Nintendo is intending to release a special 3DS XL handheld console inspired by the upcoming Disney game, Disney Magical World, here in the west. And no, thankfully, it’s not an April Fools’ Day joke!

Sales of the 3DS have been quite stellar, having reached over 42 millions units sold worldwide as of the end of 2013. That’s less than three years on the market! Still, the portable console is apparently lagging much too far behind the rate at which its predecessor, the Nintendo DS, sold. That device, of course, was a phenomenon in the video game industry and trying to measure success by setting it as a standard will usually end in failure.

Still, in spite of the 3DS’s current success, Nintendo naturally wants more. In an exceptionally shrewd business move, the kid-friendly video game company is teaming with the equally kid-friendly multimedia conglomerate, Disney, to promote the release of both the new game and the accompanying system.

Provided by BusinessWire, some behind-the-scenes photos from an upcoming promotional video show off the special model with Disney Channel actors Cole Penderly and G. Hannelius (the latter from Dog With A Blog) trying it out. It should prove incredibly popular with the younger generation or, you know, people with excellent taste. 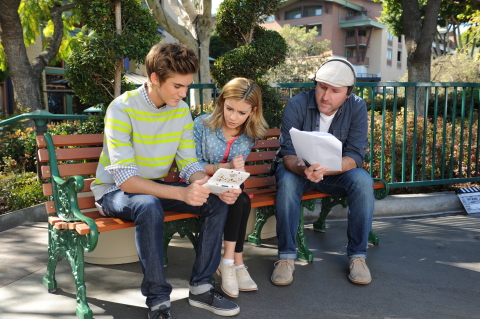 I have gone on at length before about how absolutely beautiful many of the special 3DS XLs are. There are apparently over 50 different colors now available, but unfortunately, most of them are relegated to Japan-only releases. Considering that Nintendo is now the only one of the big 3 video game companies to enforce a region-locking impediment, having one of those gorgeous Japanese 3DS XLs is only useful if you can understand the language.

With over 50 designs, there are, of course, hits and misses. The Disney Magical World design is most assuredly a hit, so it’s great that Nintendo is bringing it stateside. Both the game and the console are set to release on April 11th.

The limited console has been confirmed to be available at Walmart. Whether or not any other retailers will carry it remains to be seen. Retailer-exclusive consoles aren’t uncommon, after all. Unfortunately, no details have yet surfaced regarding price point of the device or whether or not the game will be bundled, either digitally or physically, with it.

Previous limited edition 3DS XLs have generally cost between $170 and $220. Many of them, like the Animal Crossing: New Leaf system came bundled with the game downloaded to the included SD card or, like The Legend of Zelda: A Link Between Worlds bundle, offered a free code to download off of the eShop.