Crimefest Is In Full Swing For Payday 2

And it’s a great day for free extra content.

The devs at OVERKILL have been running a long-term campaign to bolster membership in the official Payday 2 Steam group, setting a series of tiered goals based on how many members join.

Happily, their top goal was met, with membership in the group ballooning over 1.5 million members, making it the largest Steam group that exists. Now we’re on the advent of the end of the gifts that Crimefest will be giving us, and it’s been quite a time.

It started innocuously enough: community members were given a free copy of the first game, Payday: The Heist. This was only available for a day (which has since past), but the game is being sold at a significant discount, in case you still feel the need to jump in.

A small series of creepier clown masks has been added to round out the crew’s original set.

But on the fifth day of Crimefest, things got really crazy. 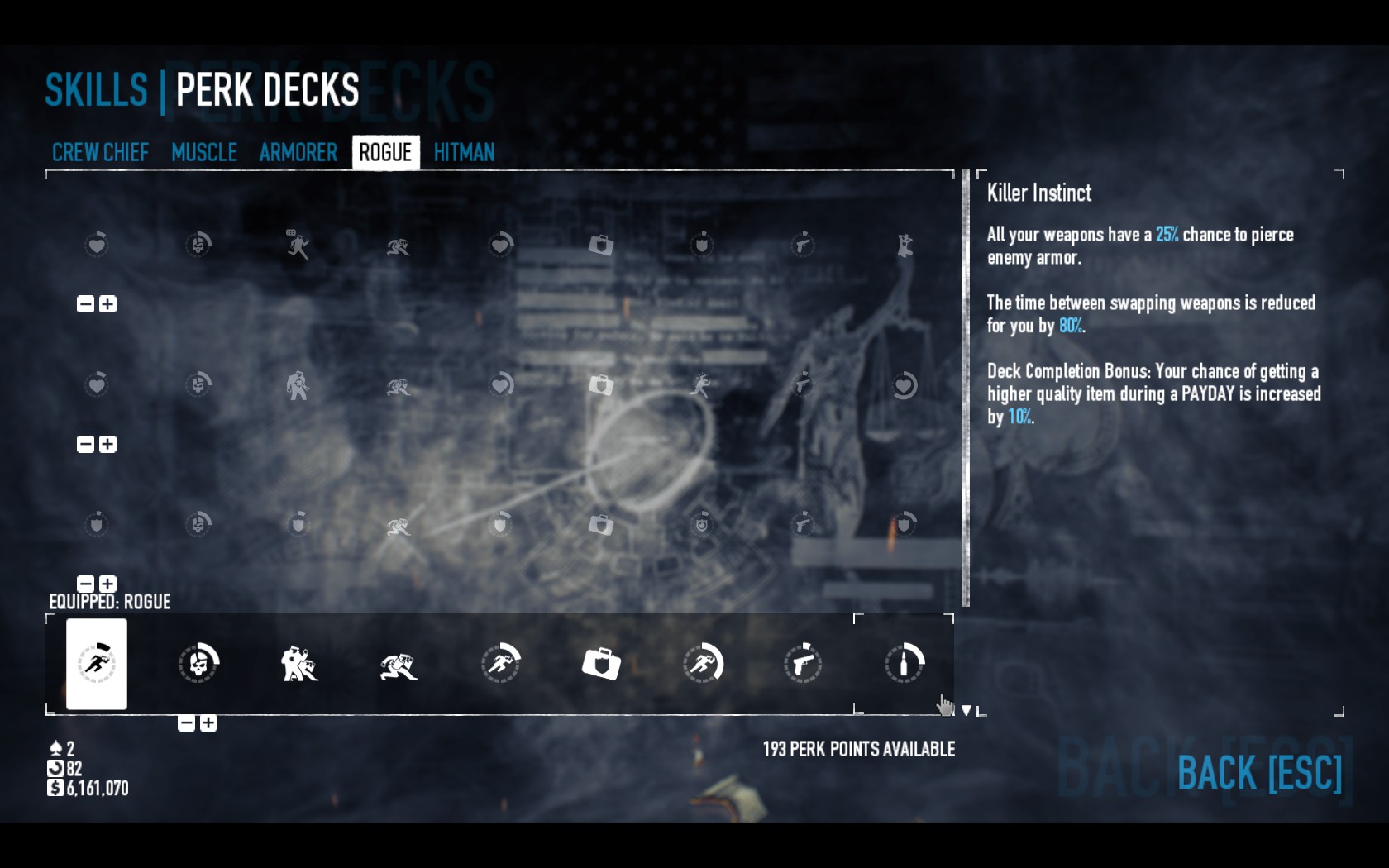 Responding to a lot of the feedback from players, many of the skills have been redesigned, and some fundamental portions of the system have been altered to allow for more mutability and freedom in the ways that you specialize your character. It used to be that as you moved along one of the three primary columns of the skills trees, you’d unlock some (predominantly passive) abilities that were in keeping with your class. These tiered bonuses have been removed entirely and replaced by Perk Decks.

A Perk Deck is a set of six abilities that can be selected and leveled up independently of your character’s class and level. Where skill points are earned at the rate of one per level, you earn perk points at the rate of 1 per 900 experience gained, even when you’re at the level cap. You might select the “Rogue” deck to increase your dodge chance and enhance your abilities with silenced weapons, or the “Armorer” deck to increase your survivability. Once a perk is unlocked, there’s no going back, but any perk points you allocate to a particular tree that haven’t unlocked a new skill can be easily recovered and redistributed as you like.

It’s a good system that lets players give a particular class a little more flavor that better suits their style. Want to be a Ghost that can take a few more hits? An Enforcer that can dodge more easily? Not a problem. 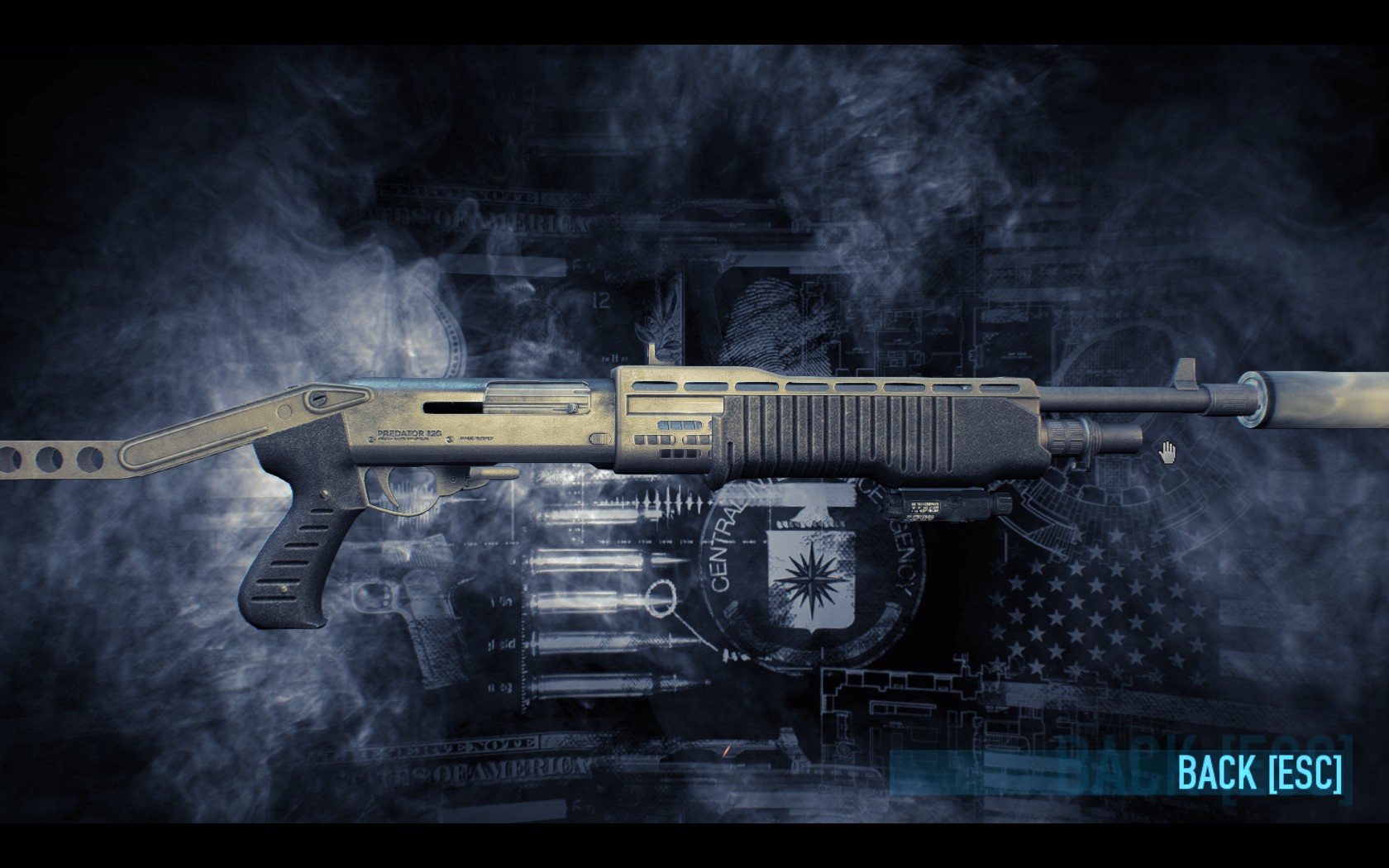 Alongside the implementation of Perk Decks, quite a few skills have been retooled and revised. Control Freak was once a top-tier Mastermind skill that allowed you to more easily intimidate civilians, while acing the skill caused any noise you made to intimidate nearby innocents. That skill has now been melded with the previous Inside Man skill down on tier 3, and replaced with a skill that regenerates your health so long as you have a hostage. Where having an enemy converted with the Joker skill was once a moderately useful gimmick, the Partner in Crime skill now enhances your movement speed and health so long as you have a Jokered enemy fighting alongside you.

The Technician saw a very noticeable increase in useful skills, chief among the changes being that they can now stock both trip mines and sentry guns simultaneously, and the sentry guns are now more useful and can be reloaded with ammunition from your own pool.

Enforcers can now enjoy the use of the ever-popular OVE9000 Portable Saw as a secondary weapon. Ghosts have had a few tweaks here and there, but not much notable, aside from a chance that ECM jammers laid down to cause feedback loops now have a chance to recharge after a time and can be reused.

It’s not all perfect, by any stretch, but the team is hard at work and listening to player feedback to find the best ways to tweak and tune skills better.

There’s plenty more to look forward to, as well, since #FreeHoxton begins tomorrow, bringing the long awaited heist to break out the old Hoxton that was left behind at an undetermined time between the first and second game to bear. And, in a very controversial moment, it turns out that he’s not the only member to be joining the Payday Gang, either.

Hoxton is coming back in all his glory, bringing with him an entire new skill tree and a perk deck to match, but his arrival was somewhat undercut as a movie tie-in with Lionsgate studios brought semi-retired hitman John Wick (from the move…John Wick) into the fold. The new opening movie for the game sees Chains getting a call from John asking for work, not an entirely foregone concept. 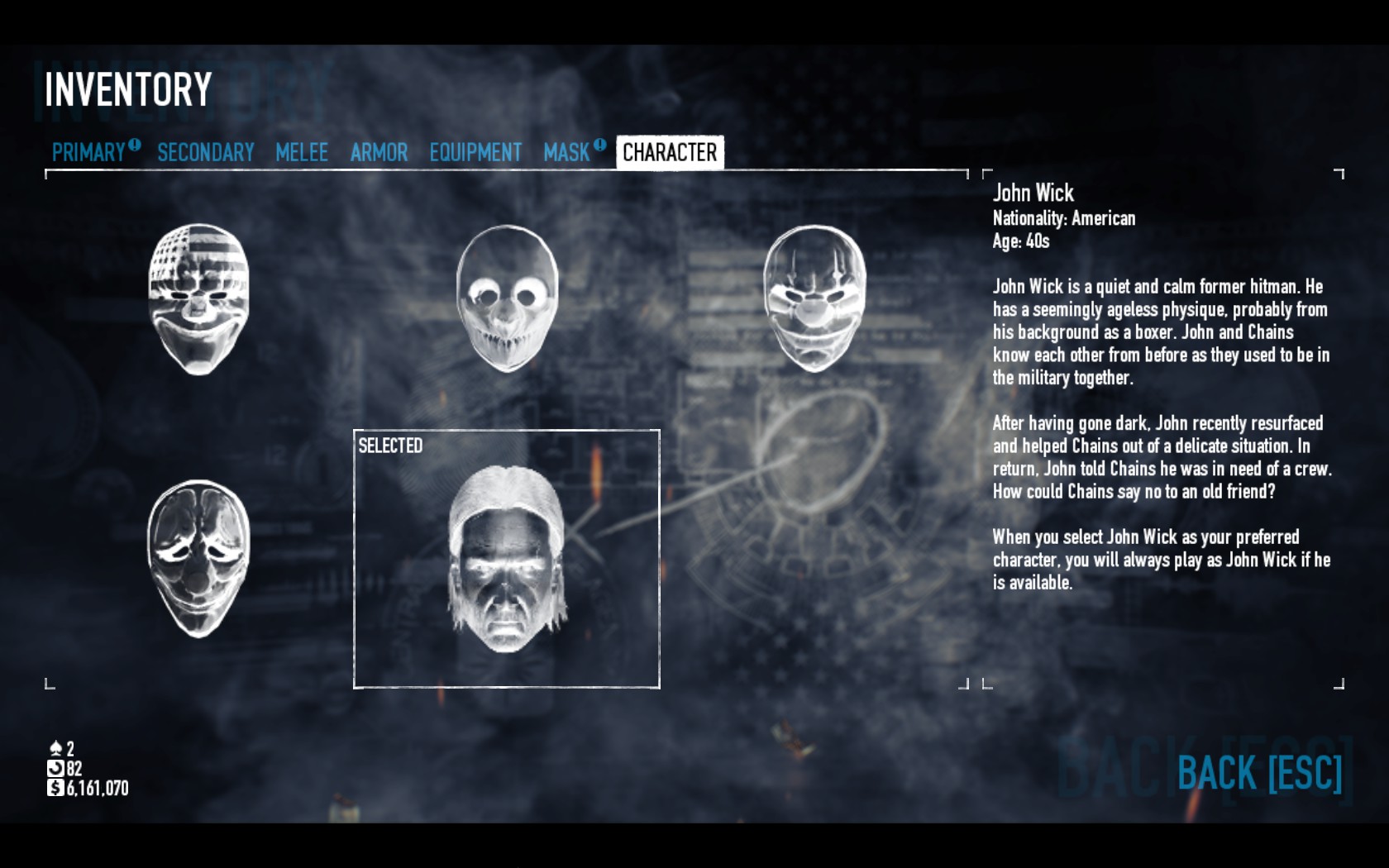 This was supposed to be our “Big Secret” as a reward for reaching the 1.5 million member mark, but many community members are crying foul, as the likelihood that OVERKILL would somehow not implement this crossover because the Steam group didn’t get enough members is silly, and admittedly it does feel a touch shoehorned. The tie-in doesn’t quite have the highest levels of quality all-round, too. John Wick is portrayed on the big screen by Keanu Reeves, but on our computer monitors he has some lines recorded by a barely passable impersonator. Add to that that John seems to really pine for heists going loud makes his use during stealth segments (which I play almost exclusively) a little odd.

I also happen to know that the Hoxton breakout is a loud heist, but we’ll go into more detail on that when it releases tomorrow.

John and Hoxton have also brought one other very notable new ability to the game: going Akimbo. With the right Perk from the Hitman deck (or the right skill that Hoxton is going to have, based on extrapolated data from a trailer and some text in-game), you can buy four special sets of pistols that can be used in both hands simultaneously to increase damage output. These pistols occupy your primary weapon slot, and essentially match their single-handed counterparts, aside from a higher weapon cap and a major stability penalty. 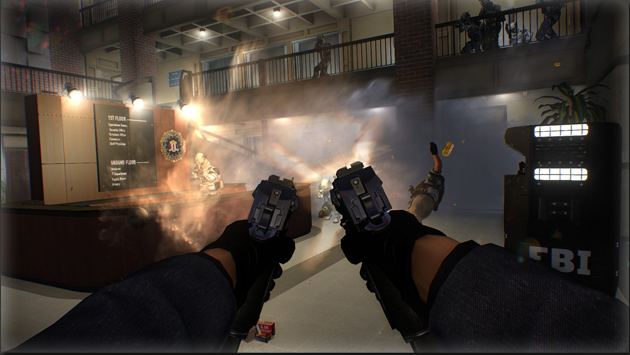 The biggest problem here is with the general execution of the skill. Rather than have independent control over each gun or alternating which gun fires upon mouse click, both guns fire simultaneously and each has an independent accuracy check, meaning one bullet can easily go astray. Combined with the stability penalty, this often results in an unstable increase in DPS, while greatly reducing ammo efficiency overall. It’s a badass way to go about boosting gold from armored trucks, but in its current form isn’t really valid for high-end play. Reducing the penalty on use somewhat and making sure you can fire one gun at a time will ensure the system remains usable into Death Wish difficulty.

I’ve been a long-term fan of OVERKILL and Payday 2 since the Election Day heist was released, and they’re only giving me more and more reasons to keep playing. We’ll have to see how all these changes meld with the final big push: the Old Hoxton Breakout later today, but once some niggling issues have been addressed by the team, it’s shaping up to be the best time to get into (or back into) the game.