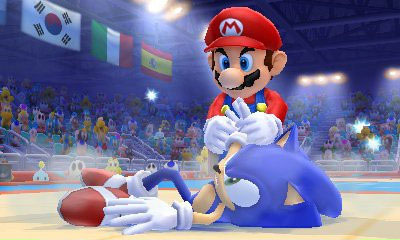 Seth Rogan Is Penning The Script For ‘90s ‘Console Wars’ 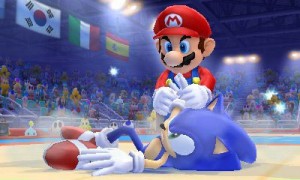 In 1990, Nintendo cornered the console market with a near monopoly on all things video game. But when a scrappy arcade-based competitor brought in new leadership via cutthroat businessman Tom Kalinske, they watched Sega transform from underdog to overlord, revolutionizing the industry and captivating gamers with new characters, leaving Nintendo with no choice but to declare war.

It’s all outlined in the upcoming book by Blake J. Harris, Console Wars: Sega, Nintendo and the Battle that Defined a Generation. And, according to a press release, the behind-the-scenes business thriller has been optioned for a movie.

The film adaptation will be helmed by Sony Pictures and, appropriately, Scott Rudin (producer of other business showdown films, such as The Social Network and Moneyball) and written and directed by Seth Rogen and Evan Goldberg – who, incidentally, contributed a forward to the book.

According to the release, Console Wars sourced “hundred of interviews to present the first full account of the corporate battle” and considering that Sega went on to tout and abandon hardware releases (Dreamcast, CD, 32X) losing trust and momentum in the industry, the true story of insider decision-making will surely spill the beans on what went wrong. With a story involving communications between companies in the US and Japan, a virtual arms race in development, and a fast changing landscape of technology, we’re hoping this film turns out a little more satisfying than The Wizard.