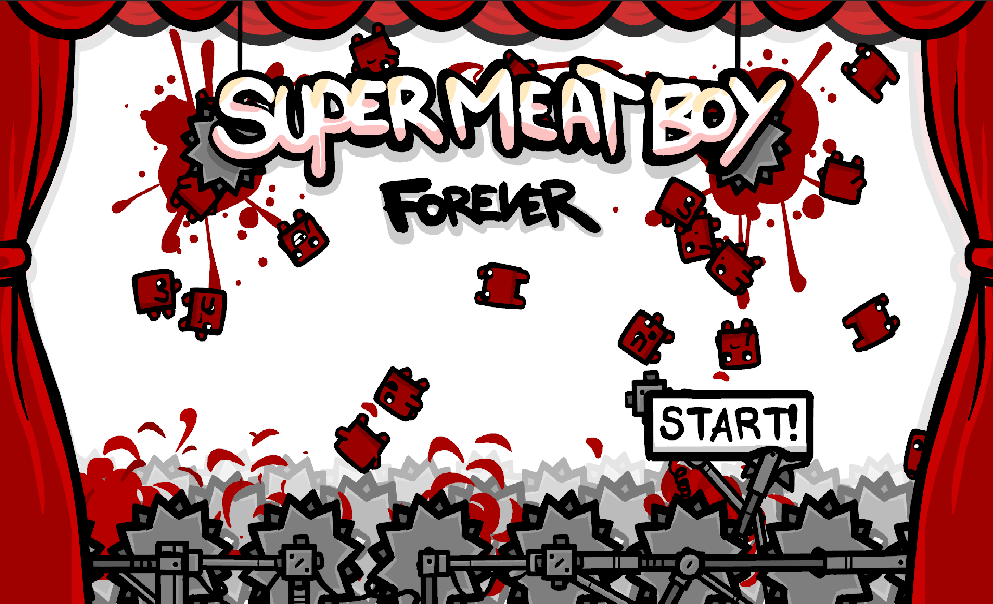 Much as I love Edmund McMillen and his work on games like Super Meat Boy and The Binding of Isaac, it’s hard not to be bummed with the apparent reveal that the newest Team Meat project, Mew-Genics, has been put on hold for a new version of Super Meat Boy, dubbed Super Meat Boy: Forever.

Their intentions are good here, Super Meat Boy was a great platformer, and one of the defining entries in the indie game canon that persists to this day.

For anyone fearing that the game is only going to be a generic endless Canabalt or Temple Run sort of game, a blog post has gone up explaining the game in further detail.

Rather than port SMB over to mobile devices and tack on crummy  control systems, the game is being built and tuned ground-up for touchscreen devices—tight, responsive platforming on-the-go.

There are a few GIFs of the game, but at the moment, it doesn’t show more than the new visuals, everything else looks relatively similar to the original game. Mobile games do have a tendency to be unable to handle the quick responses necessary for snap direction changes and precision that a game like this requires, but if the controls are fully retooled like they claim, things might come together more smoothly that one might expect. 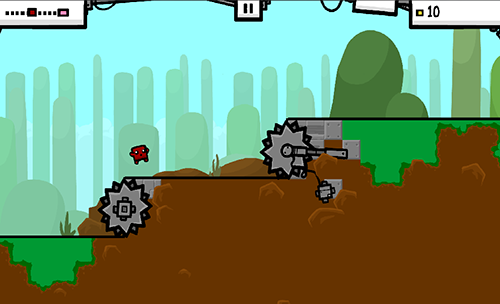 Great as Super Meat Boy: Forever has the potential to be, I’ve been much more into Mew-genics, the mad scientist/cat lady simulator sort of game Team Meat had been working on, which has sadly been put on hold for the duration of SMB:F development.

A game where you breed cats based on unusual genetic characteristics for, you know, science or whatever.

I just remember hearing about a scenario where a cat with a valuable genetic makeup was attacked while eating by another aggressive cat (with narcolepsy) and developed a phobia of eating. This cat eventually retreated into hiding in the attic, and was forgotten about, as the focus narrowed onto the cat that attacked it and a different breed to try to get a good kitten in time for a show. The kitten was born with a good coat, but also suffered from narcolepsy and fell asleep during the show, coming in last. 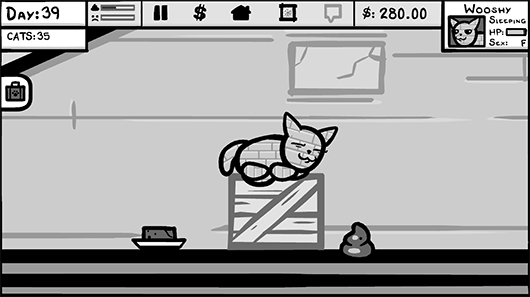 Which all ended up not mattering, because the player was arrested by animal control officers after there was an abused dead cat in the attic.

Super Meat Boy: Forever isn’t slated for launch until next year sometime, though the devs are insistent that things are moving along quite quickly, so maybe it won’t be long until we get to see some more work on Mew-Genics go down.

If you want to see more on the cat breeding madness that is Mew-Genics, you can check out the game’s website, and lament that you can’t breed brick cats until much later.