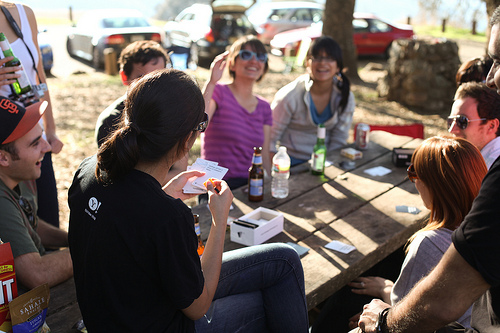 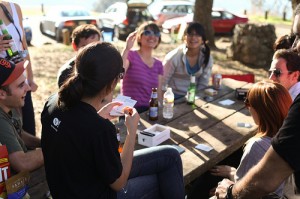 There’s no questioning the success of coveted party game Cards Against Humanity. With over a half-million decks sold (and as of Dec 25, sold out), several expansion packs, and a cozy spot as the no. 1 game on Amazon.com, it’s clear that the hilarious R-rated card game concocted by eight guys in their mid-20s has it all –except a woman’s perspective.

Enter Ladies Against Humanity, a Tumblr love note launched by screenwriter and political consultant Kate Stayman-London to address the deck’s lack of lady-based humor. “My friend was saying it just sucks that there aren’t more women, female-centric jokes in the cards,” Stayman-London told New York Magazine. “And I thought, ‘Oh, I should have that job.’” Within weeks, the site went viral clocking in over 1 million views and more than 2000 fan submissions, including favorites like “The new Georgia O’Keeffe biopic, ‘Yeah, That’s Not a Flower.’”

The cards traffic in a variety of lewd topics from Diva Cups to every woman’s line-crossing obsession with Paul Rudd. There are even thematic sets on Harry Potter and Buffy – though it seems clear that gamers have yet to submit (the site is devoid of Chun-Li jabs). 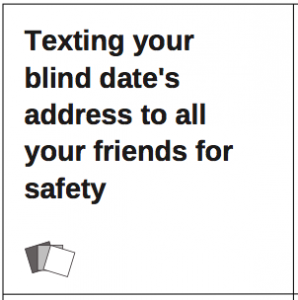 Although the original Cards Against Humanity has not commented on the expansion fan site, the sentiment aligns perfectly with their Creative Commons philosophy; CAH has always offered PDF downloads of their game for free and is notoriously unconventional in the way they do business. Their FAQ encourages using the content so long as it’s not for profit but cautions: “ We own the name ‘Cards Against Humanity,’ so you have to call your crappy thing something else.”