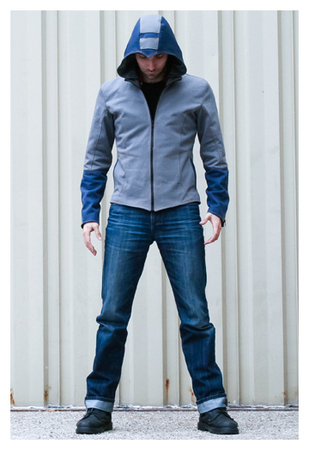 Are you as upset about Capcom’s wayward handling of Mega Man as I am? He has been the face of the company for decades, yet seemingly the moment that creator Keiji Inafune departed Capcom years ago for more free and independent endeavors, the Blue Bomber has been put on the back burner indefinitely. It’s all very unfortunate for fans, but now Capcom is giving gamers a chance to express their love for the little robot in an intriguing way: fashion!

In a unique collaboration with Volante Design, Capcom is offering up a really cool jacket inspired by Mega Man himself. Crafted in the perennial video game mascot’s likeness, this top features a helmet-like hood and buster gauge-inspired sleeves. The light bluish grey hue with royal blue and yellow trim is incredibly sleek.

It walks the fine line between traditional fashion and cosplay, so for you shy folks, it could be a nice way to subtly pay homage to geek culture at, say, a convention, without the drawback of dedicating insane amounts of time, effort, and money into a decent looking outfit. Likewise, it looks like a great piece of clothing for general, everyday use. 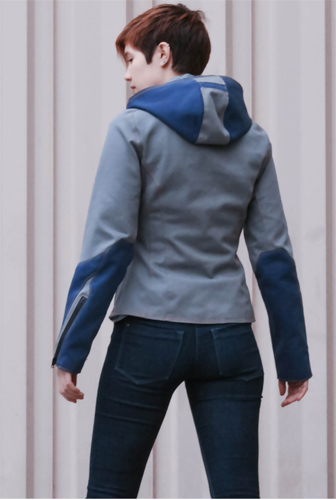 It comes in a men’s and women’s fit with sizes ranging from XS to XXL and both run a fairly steep price of $200. There is a rather big caveat, however. Before the stunning apparel will even begin production, preorders must reach a certain quota by March 31st: 200 for the men’s and 100 for the women’s. If it fails, then the project will be canceled (a  disappointing experience Mega Man fans are all too familiar with). Considering the character’s fan base, though, it really (hopefully) shouldn’t be that difficult to fulfill.

Additionally, as if you needed more incentive, the Capcom Store is offering a promo code for pre-orders. Enter the case-sensitive code “MEGA10” while ordering to get $10 off the asking price. Credit cards won’t be charged until the item actually ships, so if you’re in any way interested in picking up this sweet limited collectible, there’s really no downside.