Move over, Duke, there’s a new alien-invasion-owning hyperbole coming to town, and she doesn’t need any gum. 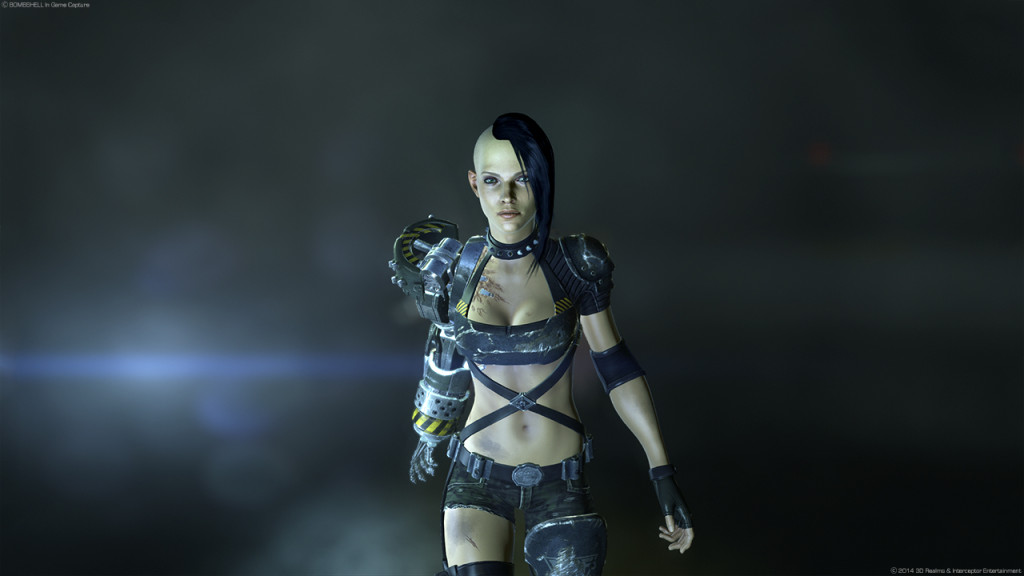 In Bombshell, you assume the role of Shelly “Bombshell” Harrison (not quite a Duke Nukem class name, if you ask me), an ex-bomb disposal specialist gone mercenary-for-hire, fighting across various worlds for the good of mankind against an apocalypse-class alien menace.

The game is being developed by Interceptor software, the game guys that so recently put out another major action romp, Rise of the Triad, and published by 3D realms of—you guessed it— Duke Nukem and Legacy of Kain fame. 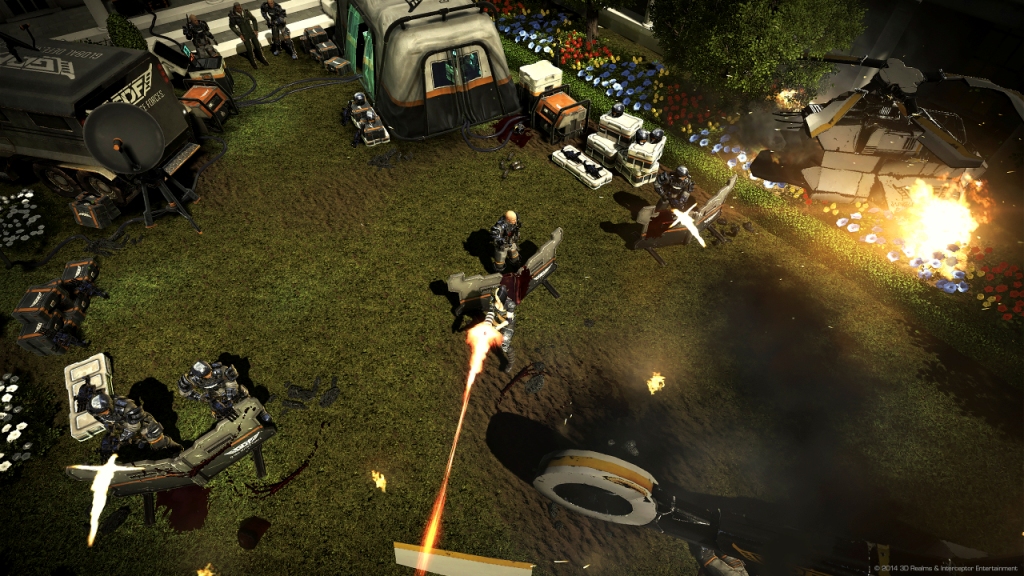 No doubt the character design is going to spark another outcry of how ridiculous female character outfits can be when placing them in combat scenarios, but Interceptor isn’t really known for their social commentary. What they do make are over-the-top and completely ridiculous action games, and they do so with so much love it can be hard not to like them, despite their flaws.

Shelly has obviously gone through a few things, if that arm and the shining metal patches under the skin are any indicator, though I wouldn’t hold my breath for anything less than a trope-filled romp, and there’s nothing wrong with that. 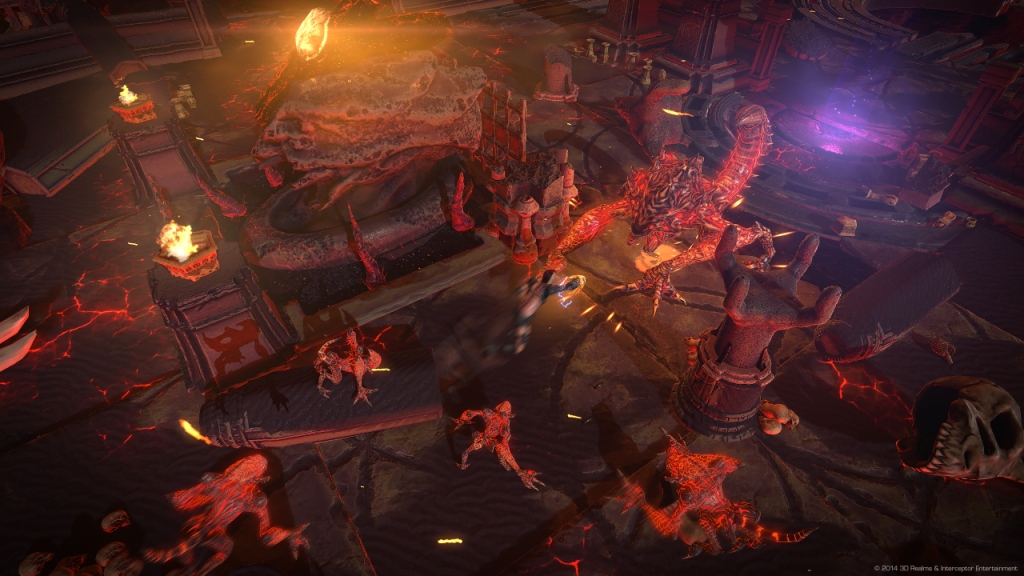 Shelly must fight her way across 4 different worlds with a menagerie of strange enemies, crazy weapons, and—so they claim—plenty of genre-crossing mechanics to keep things interesting.

Bomshell takes a different take than what we’ve seen from Interceptor recently, screenshots released of the game plant it as a top-down dual-stick-styled shooter (as opposed to an FPS), which certainly holds more potential for gameplay variety than a standard shooter might.

he game is being powered by the Unreal Engine, so we can expect a more visually pleasing experience than before, though the early trailer has some awkward animations at play.

We’ll be getting more news on Bombshell come E3, so be sure to keep an eye out. The game has an anticipated Q1 2015 release date. Until then, have a trailer and a small gallery. Enjoy!