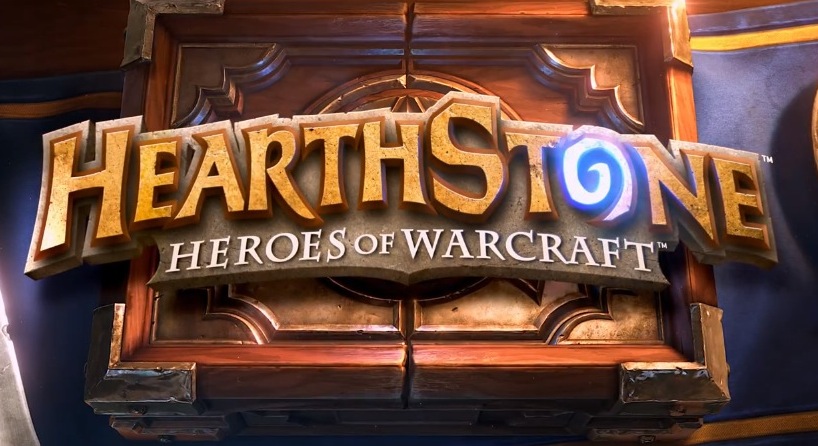 Blizzard: Hearthstone Open Beta Within The Next Two Weeks

The open-beta for Hearthstone was announced by Blizzard at their annual summit, BlizzCon last month.  With only two weeks left till the end of the month Blizzard has two weeks to keep good on their promise. Now is a perfect time to take a look at not only what Hearthstone offers, but how to opt in to the open beta so you can start playing as soon as it goes live.

Hearthstone is a free to play strategy card game for the PC based on the World of Warcraft Universe. Rather than conventional card types, decks are built around each of WoW’s classes: Hunter, Warlock, Mage, Priest, etc.  30-card decks are built with two options: class-specific cards and a pool of neutral cards which any class can pull from.  Winning or losing duels against other players online or against the AI will level you up  thereby unlocking class cards while earning in-game currency. Players can participate in optional “quests” which consist of meeting certain in-game accomplishments such as winning X number of games with a certain class. Completing these quests will net you in-game gold used to unlock additional cards. In other words, the more you play the more cards you receive to build your decks.

The battlefield is divided vertically with one player or on each side. Players take turns using mana crystals to activate spell, creature, or effect cards in order to reduce their opponent’s health to zero. At the start of each turn players gain one additional gem and card to draw from.  Games usually take between 10-15 min.

Decks are made up of up to 30 class specific or neutral cards. Only 2 of the same card can be used in any one deck. Decks are usually built around cards working in conjunction with each other.  For example: the priest has very good early-game creature called Northshire Cleric – a 1/3, 1 cost minion which allows the player to draw a card whenever a minion is healed – including itself. Should the opponent damage this card without destroying it, the priest can use his innate (available once per turn) ability to draw additional cards for use. This especially frustrating if a lucky opponent draws two within the first couple turns.

Mage – can cast a fireball which does one damage to any player or minion on the screen -very useful spell against weenie decks and to give the mage an early game advantage. Class specific cards are heavily spell based.

Rogue – can summon a weapon giving the character itself the ability to attack the other character or enemy minions.  Lots of weapon and instant damage cards give this class the ability to turn the tide of games very quickly.

Shaman – Summons one of three totems at random- one heals your minions, one boosts your spell power, and other provides protection against melee attacks from minions.  Class has a mix of spell, weapon and buff cards of cards giving it versatility. +Attack buffs work well in conjunction with totems.

Warrior – gives itself an additional 2 armor. Class cards revolve around weapons and armor. Warriors can turtle effectively while using buffs and weapons to dismantle its opponents.

Priest – can heal itself any target for 2 HP. Heavily on spells and buffs with some really powerful end game spells.

Paladin – summon a 1/1 knight. Like the Shaman, the Paladin has a good mix of heal, weapon, and buff cards – a well-rounded class.

Hunter –  2 damage to the enemy character and bypasses minions with Taunt. Works well in conjunction with “beast” class minions. Can chip away at the opponents health with its useful class ability.

Druid  – Give the Druid 1 attack and 1 armor. Can quickly gather lots of mana early on.

A F2P game’s success usually rides on how it handles monetization. In Hearthstone you are able to purchase packs which consist of 5 cards (one guaranteed rare or better) with in-game currency or real world money. You can get one pack with 100 gold (quests usually net around 40g) or pay between $3-$50 for 2 to 40 packs. Is it a “pay to win” game? Absolutely not. While card packs can be purchased – there are no in game items which are unavailable to those who won’t spend real world money. All cards can be unlocked through gathering in-game currency through gameplay.

How can I play?

If you don’t have one already – head over to battle.net and create an account. Then under the account page you’ll find a link for beta settings. Simply opt in for Hearthstone (and Heroes of the Storm, Blizzards upcoming MOBA offering while you’re at it). Once the open beta goes live you should receive a game key in your email.

Hearthstone requires a decent PC to play, but has announced its intentions to release an iOS version in the future which will allow cross-platform duels between players. Since decks are stored on the server you’ll be able to switch between devices with ease.

With a huge amount of classes and card combinations with stream-lined yet fast paced gameplay, Hearthstone could become a favorite among PC and mobile gamers alike.