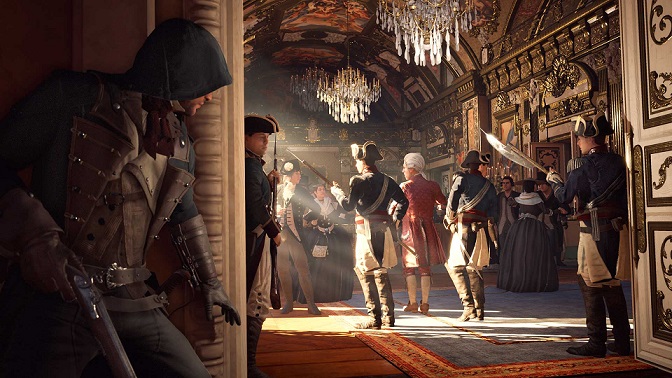 Assassin’s Creed: Unity took center stage more than once during today’s E3 press conferences, captivating audiences not just with quantity, but with the stunning quality of what was shown.

Though polished trailers are par for the course for Assassin’s Creed previews, what we saw of the newest installment in the franchise intrigued both fans of the series and those who have spent little to no time with previous games. 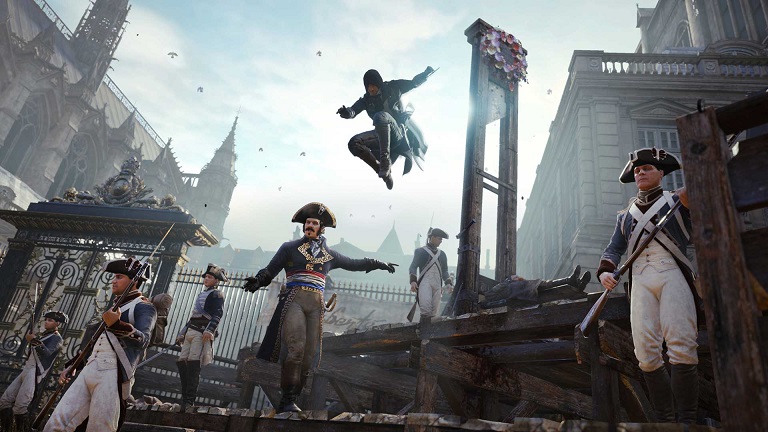 The series is known for its unique and brilliantly executed use of historical settings, but Assassin’s Creed: Unity has the most ambitious and promising yet. The game is to take place during the French Revolution, which was a revolution in every sense of the word; it completely unseated established systems, saw the advent of new political philosophies, and started a wave of democracy, nationalism, and revolution that swept the Western world. The French Revolution not only informs the way in which we look at history, politics, and society in an academic sense—it was a driving force in shaping our modern world itself. Both history buffs and those who only vaguely recall the term “The Reign of Terror” alike will have much to explore as the game brings this historical era to life.

Did I forget to mention that Assassin’s Creed: Unity looks gorgeous? Even double-chins look majestic in this game.

I would guess that the setting has the best chance of drawing new fans into the Assassin’s Creed fold—myself included!—but franchise veterans will be happy to see that the established leap-sneak-kill gameplay style of previous installments will return. Ubisoft is continuing to add and polish features of said gameplay as well, adding, for instance, controlled descent mechanics, a dedicated “stealth mode,” and ever more interactive NPCs, whose behavior will clue the player in on events around Paris.

The largest gameplay change Ubisoft announced is the addition of co-op; Assassin’s Creed: Unity will allow up to four players to collaborate. It’s difficult to ignore the nagging worry that co-op mechanics will be frustrating in a game that relies so heavily on stealth—or at the very least will change the feel of the game more than is desirable—but the developer has clearly put a lot of thought into the new mode. That it won’t be just a haphazard last-minute addition is good news, and for the time being, it’s worth keeping an open mind on the subject.

Assassin’s Creed: Unity will be releasing on Xbox One, PlayStation 4, and PC on October 28th, and is available for pre-order right this very moment!