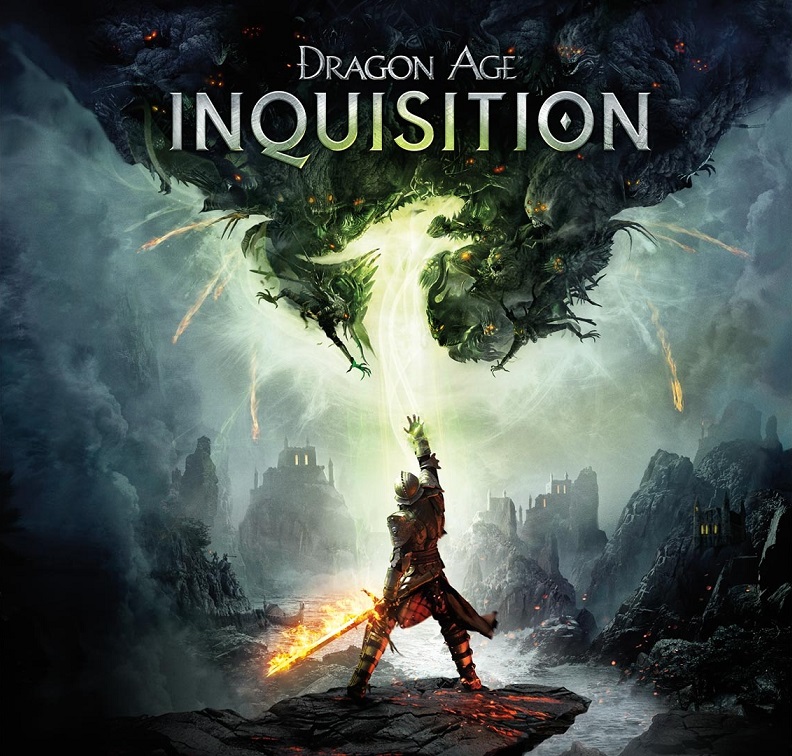 All Aboard The Hype Train With Dragon Age: Inquisition And What We Know So Far

We all know E3 is approaching, and with it the chance to learn about—and perhaps even play—the highly anticipated Dragon Age: Inquisition. What fans may have missed, though, is the new official website for the game, which has been confirming and releasing new information like nobody’s business.

Dragon Age: Inquisition is set against a backdrop of chaotic forces at work in Thedas, many of which were introduced in the first two Dragon Age games. Ferelden is blight-scarred, Orlais has yet to resolve its civil war, the Chantry continues to resist any who undermine it, and mages and templars still just can’t get along. No one nation is prepared to fight the chaos that breaks out when “The Breach” appears and creates a rift in the Veil, allowing demons and their pet horrors to cross from the Fade into the corporeal realm. Regardless, the darkness must be confronted, and only a full-scale inquisition will suffice. That’s where the player comes in.

In the words of executive producer Mark Darrah, “You emerge as the lone survivor of the magical explosion that creates the Breach, the massive hole in the sky at the heart of the trouble.” As in previous games, you must join forces with companions to understand and overcome the world-threatening chaos at work, navigating not only the battlefield, but political and social minefields that would threaten your ability to direct the inquisition without resistance.

At the start, Dragon Age: Inquisition will look very familiar to fans of the franchise. The player will once again choose between just three classes: Warrior, Mage, and Rogue. We will also be able to choose our character’s race—and like in previous games, this may affect the way others respond to said character—but there’s one difference: Qunari has become a playable race along with elf, dwarf, and human.

Dragon Age: Inquisition is anticipated to have a greater focus on strategy than previous games in the franchise. The player will be able to control map areas with the use of strategically placed “strongholds”. Battle will also require more planning, as healing items and spells will not be as readily available as in previous games, and environments can be used both by the player and their adversaries to get the upper hand during combat. Xbox Magazine reported in May that even the choice between killing only as necessary and hunting down all possible adversaries can make a difference in terms of how the environment and nearby townspeople react. 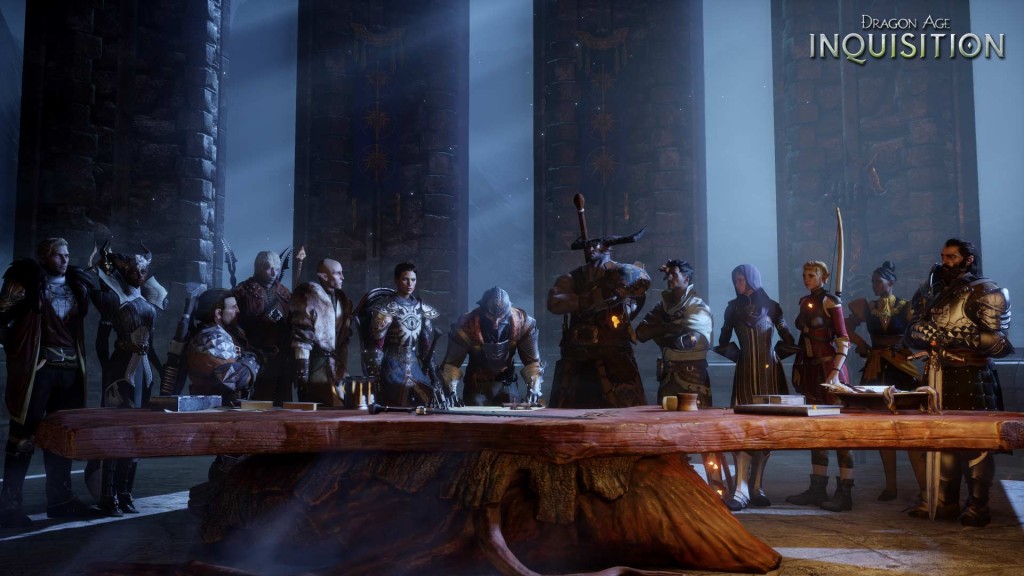 Happily, Dragon Age: Inquisition will follow in its predecessors’ footsteps in forcing the player to make weighty decisions that will affect not just the final outcome, but the entire flow of the story. The reality of the consequences that a player faces after making decisions that in other games would provide merely a facade of control is the biggest force in making BioWare’s games so memorable. If Darrah’s assertion that, “The Inquisition does not have limitless resources: it won’t be possible to pursue every opportunity in the game, and in some cases, your choices will close doors on paths that would otherwise be accessible,” is any indication, Dragon Age: Inquisition won’t be shying away in the least from this sometimes harsh but always engaging style.

Though familiar locations like the Fade and Ferelden won’t be forgotten in Dragon Age: Inquisition, we’ve recently been introduced to some gorgeous-looking new locales that the game will allow us to explore.

The Exalted Plains: This area of the Dalish elven homeland has been the site of much conflict during this war-torn era, and it shows—not least in the fact that the current ceasefire is said to be the result of soldiers rising from death and driving living armies from the area. The Plains boast robust and distinct ecosystems: players will see creatures like halla and wolves in the hills, but will find themselves at close quarters with drakes in the Crow Fens. 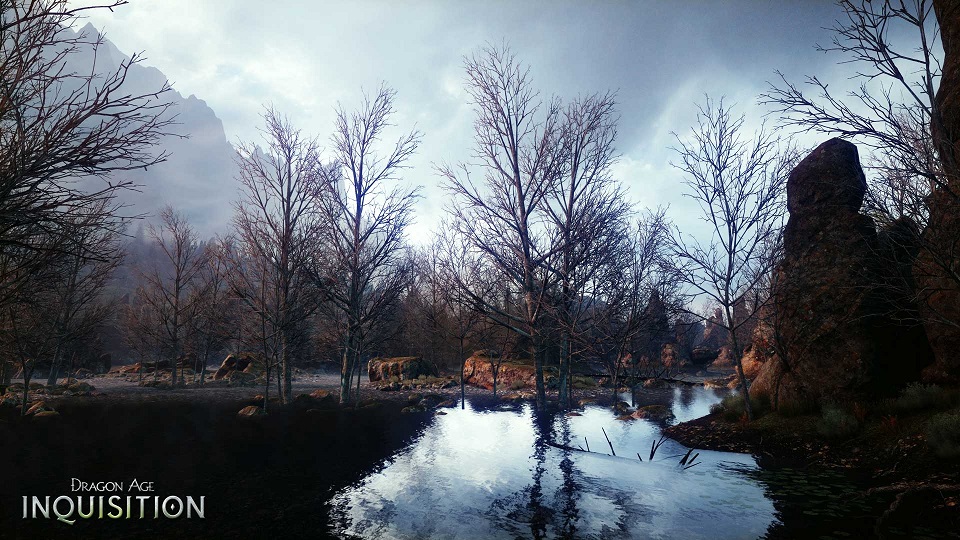 The Emerald Graves: This forest is the site of both now-abandoned Orlesian estates and ancient elven burials. Senior environment artist Andrew Farrell has mentioned that there are plenty of hidden secrets for exploration-minded players to find in this area: from cave-dwelling monsters to elven refugee camps.

Emprise du Lion: One dominant feature of these imposing icy highlands is a massive keep, which was formerly an elven stronghold. According to Farrell, the player will be driven to Emprise du Lion by the story, but hopefully we’ll all have time to let our characters take a dip in the keep’s magnificent hot springs…assuming they aren’t occupied by dragons at the time. 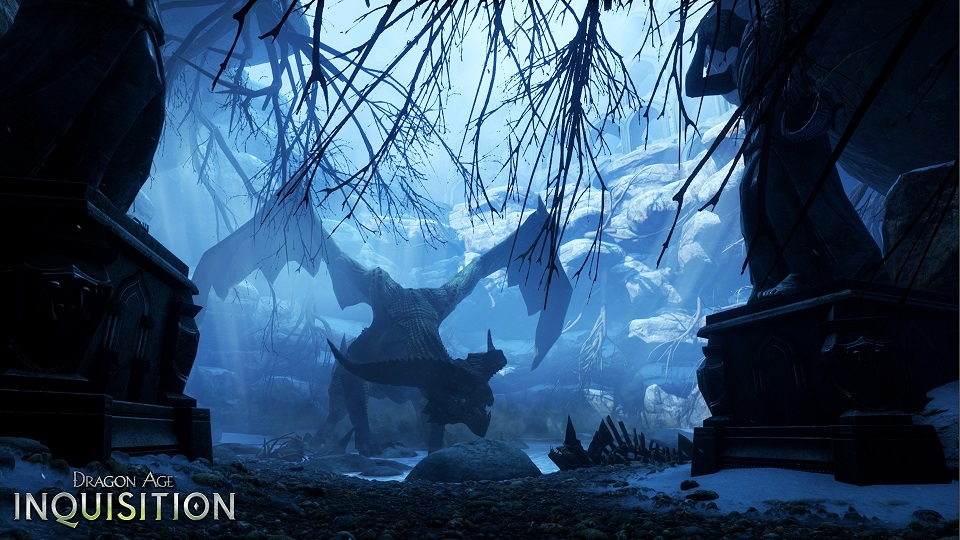 Halamshiral: Despite the continuing civil war, which one might reasonably expect to put a damper on things, the indulgence of Orlais’ nobles continues in opulent Halamshiral. The main story-related location will be the Winter Palace, which was designed with magnificent European palaces like Versailles and Buckingham in mind, and exudes beauty and decadence. The player will be there to find an assassin, which the Dragon Age: Inquisition team has hinted will involve less combat, and more high-society balls. Put on your dancing shoes and ready your flatterer’s repertoire! 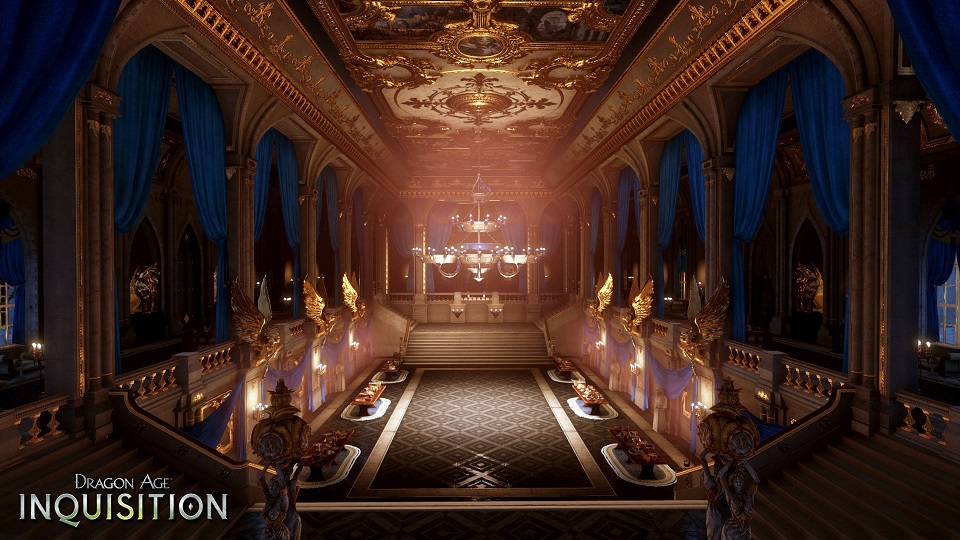 The long-awaited release for Dragon Age: Inquisition has been confirmed for October 7th, 2014. The game will release for PC, Xbox One, Xbox 360, PlayStation 4, and PlayStation 3, following the recent trend that has seen many AAA titles cater to both old-generation and new-generation console users.

Two enhanced editions for the game have already been announced, and are available for pre-order. The Dragon Age: Inquisition Deluxe Edition will be available for all platforms, at a variety of standard retailers as well as through digital download. This comes with an extensive number of in-game bonus items, including three mounts, the dragon-skull Skyhold Throne, and special “Flames of the Inquisition” weapons and armor, plus the game’s soundtrack.

GameStop will be offering its own exclusive “Inquisitor’s Edition,” which not only includes the Deluxe Edition game and bonuses, but a pile of physical goodies as well. The $169.99 for the Inquisitor’s Edition will get you a faux reptile skin Collector’s Edition box, a limited-edition case, a cloth map of Thedas with four map markers, a tarot deck, a six-piece lock tool set, an Inquisitor’s badge, an Inquisitor’s journal with quill and ink-pot, and (presumably replica, though we all wish they were real) Orlesian coins. You’ll have to make your decision whether to hold out for the possibility of other retailer-exclusive editions or to purchase GameStop’s before it sells out. 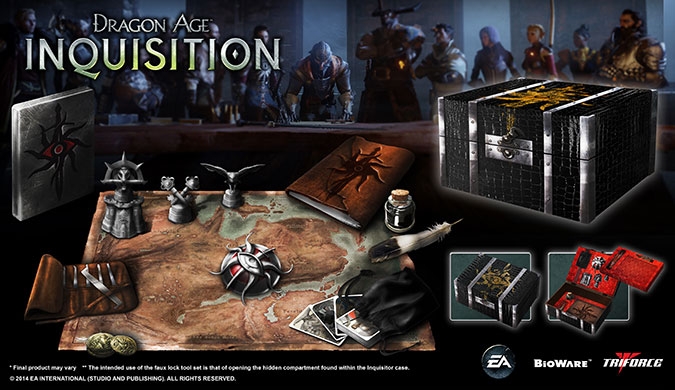 If you’re now even more excited for the game than ever before, more details that weren’t included in this article can be found at the Dragon Age: Inquisition website. It’s a good thing you’re now prepared, because I’ll be bringing you as much Dragon Age: Inquisition coverage as you can handle during E3, in less than two weeks! Keep an eye on the front page…but in the meantime, feel free to use the other eye to watch “Dragon Age Inquisition: A World Unveiled.”