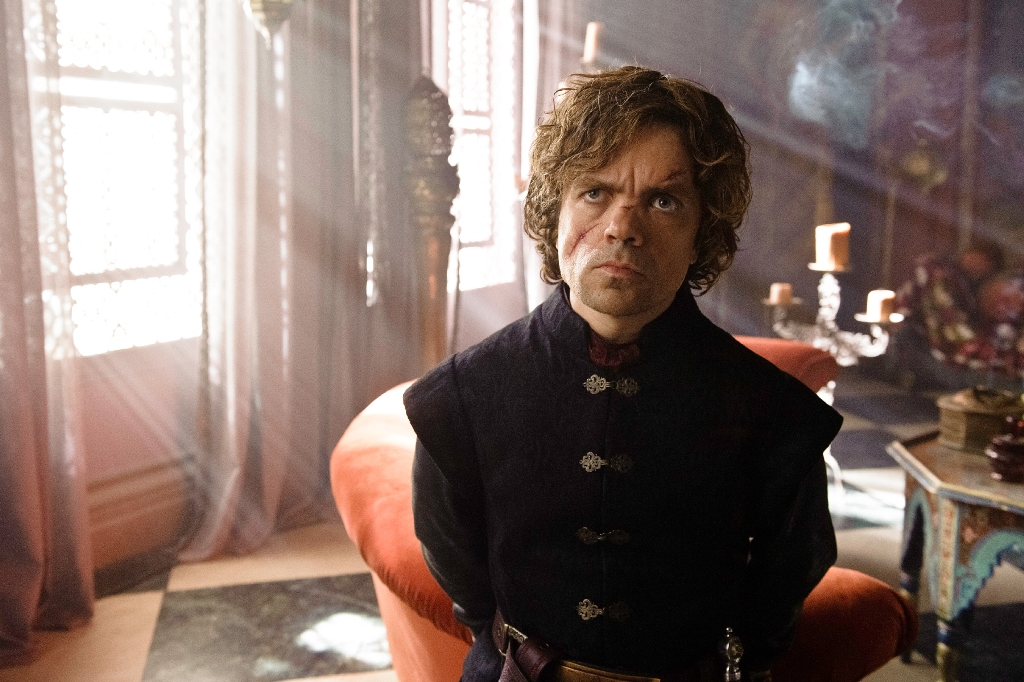 10 Reasons Why Thumbthrone is Better than “Game of Thrones” 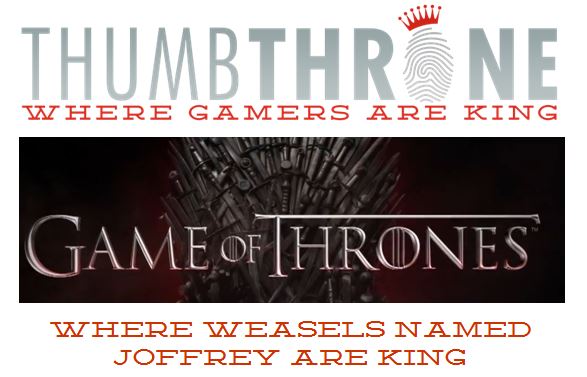 People tend to give me the stink-eye whenever I tell them I’m not a dedicated Game of Thrones fan, and that I quite honestly don’t really like the show. I think this is because most everybody seems to like Game of Thrones, and because I fit the profile of someone who would like such a show. I love fantasy fiction and most fantasy television shows. I grew up playing Magic: The Gathering and Dungeons & Dragons. I like to look at breasts.

But I tell people I would rather play video games on a Sunday night than watch the show. Quite frankly, I like the video games I own much more.

Here are 10 reasons why Thumbthrone.com, is better than the Game of Thrones television series. (This has nothing to do with the books. I’m not touching the books. George R. R. Martin is the man.)

1. You can while away your free time at work checking out gaming content on Thumbthrone without running the risk of the IT department shaking you down for inappropriate content consumption. If you queue up an episode of Game of Thrones at work, somebody is liable to walk by when there are knockers hanging out all over the screen, or an entire family are being brutally murdered. So, essentially, Game of Thrones is totally Not Suitable for the Workplace, whereas Thumbthrone is.

2. A visit to Thumbthrone will very rarely, if ever, send you on a twisted roller coaster of emotion that is billed as suspense but is really just kind of an annoying cop-out for extending every storyline so that the show can continue on as a money maker for years after George R. R. Martin finishes his final novel and/or dies.

3. Here at Thumbthrone, we believe that the gamer is the king. Which means you are the king. Not some awful little evil and insane dude with a Napoleon Complex and a Lloyd Christmas haircut who happens to be named “Joffrey.” What in the hell kind of name is Joffrey? It’s the name of a ballet company, that’s what.

4. Thumbthrone is updated daily with all kinds of new content for the most dedicated of gamers, like game reviews and editorials from industry insiders, aficionados, and enthusiasts. You don’t have to wait until Sunday night, let alone months from now, to see what we’re going to come out with next.

5. We don’t believe much in filler at Thumbthrone. Which means everything you’re going to read is going to be legitimate and interesting gaming news. I acknowledge that most of the filler in Game of Thrones is, like, extremely gratuitous and unnecessary nudity and vulgarity, which can be cool, but only sometimes.

6. Sometimes at Thumbthrone the good guys win. This is pretty much never the case so far on Game of Thrones.

7. Furthermore, Thumbthrone considers you to be the good guy, and we want to provide content that will help you make educated choices on which games to buy, and then we’ll help you beat them. We’re in your corner! We want you to win!

8. You will never ever log onto Thumbthrone and see a pregnant woman being stabbed to death. And I think we can all agree that’s a plus. In fact, the content on the site will be mostly appropriate, so your gaming enthused children can visit without you having to worry about them being traumatized for life.

9. When you talk with other gaming enthusiasts about stuff you find on Thumbthrone, they won’t cover their ears and start screaming about how spoilers need to be avoided because they haven’t had time yet to log onto the site.

10. Thumbthrone is gearing up to offer sweepstakes in partnership with major gaming brands, so you can win all kinds of cool swag. When has Gaming of Thrones ever given you anything like that? Huh? Never? That’s what I thought.