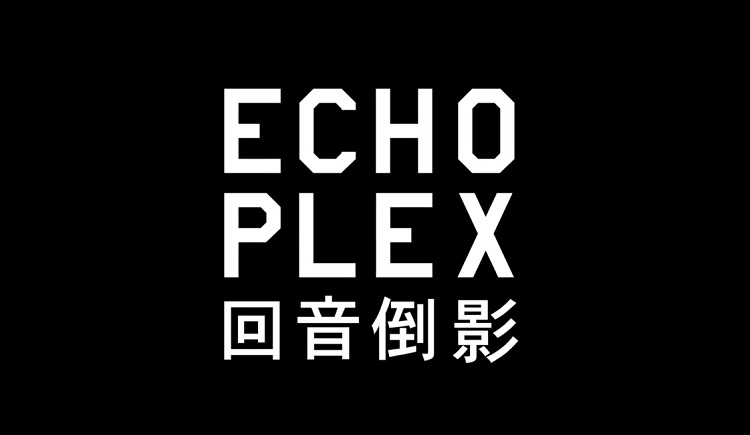 Crafting a creative puzzle game can be difficult. As titles grow more advanced, so do their gameplay elements. With each passing decade, developers reach further outward, and we’re rapidly approaching an era in which game designers have begun to repeat the tried-and-true methods. Puzzle games are rather susceptible to this stagnation, and a lot of indie releases offer up the same “types” of  puzzles with varying difficulty levels. For this reason, it’s quite exciting to see something new and refreshing. A new indie adventure dubbed Echoplex is a prime example of refreshing puzzle gameplay.

Echoplex isn’t an entirely new concept. It makes use of repeated actions and “clones” to craft unique puzzles that require much backtracking and planning. Before you’re ready to conquer a specific level, you’ll need to completely analyze how it works. This includes locating switches, differentiating doorways, and remembering room layouts. What makes Echoplex such an engaging and unique experience is its overall design and direction. We’ve seen releases before where you use clones and recalls to help you progress through rooms and stages, but Echoplex takes the idea one step further by allowing your past to literally chase you. Every step you take is being recorded by an echo, a clone of yourself. It matches your speed and follows you action for action through each room. It’s rather unsettling to see a carbon copy of yourself progressing through motions you’ve already taken. It’s almost horror movie-like, with dashes of déjà vu sprinkled in. 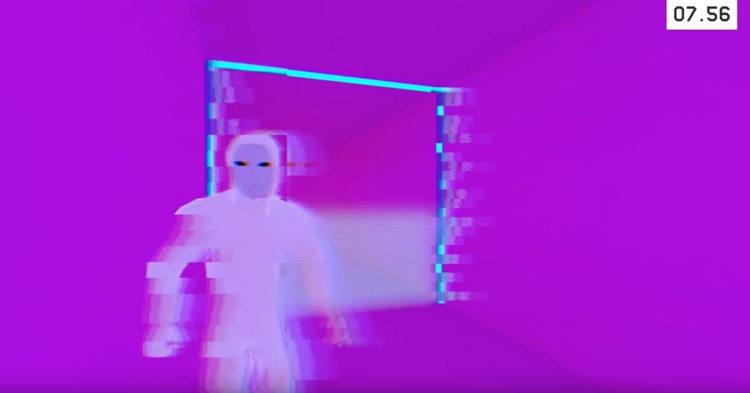 The art direction really amps up the creepiness factor. Echoplex is played in first-person, which makes it even more terrifying when you come in contact with the echo of yourself. Your clone isn’t a beautifully chiseled spitting image of yourself. Instead, you’re greeted by a looming stark-white figure with piercing black eyes and an emotionless face. We spend a lot of time trying to forget the mistakes we’ve made in the past, but doing so in Echoplex is a death sentence. Each time you unlock a door, your echo will re-lock it. It’s up to you to lead yourself through the twists and turns of each level and escape. Each time your echo looms too close, the screen will distort, and it’s “game over” if your clone manages to touch you. You’ll have to combine quick wits, careful planning, and a sharp memory if you want to progress past each level. Like most puzzle games, the difficulty will ramp up considerably the further you venture.

Echoplex is visually simplistic, using neon-bright colors and simple geometric shapes. You won’t find yourself enamored by details or enthralled by elaborate displays. It’s probably better that way, since you’ll want to focus all of your brain power and attention on staying one step ahead of yourself. The simplicity actually adds rather well to the already creepy tones. The soundtrack makes things even more unsettling. Musical scores consist of eerie technological noises, static, and powerful bass lines. All of this is accompanied by a series of “normal” noises. Birds tweet, thunder clashes, and nature looms. These things aren’t generally psychologically disturbing, but their presence among the hallways of the Echoplex is truly disconcerting.

Developers did a great job crafting a simplistically designed experience that feels like something new and elaborate. Echoplex is proof that new and unique ideas still exist in the gaming world. Anticipating an early 2017 release after a successful Greenlight bid on Steam, Echoplex is sure to be well worth the wait if developers plan on polishing this idea even further. If you’re interested in getting more information regarding Echoplex, be sure to check out the dedicated itch.io page. You can also follow the dedicated Twitter page from developer Output Games for any news regarding the project.