As the sun sets, the streets will flow with blood, and those that spilled it will be totally badass.

Or so I imagine it’s going to look in Hard West, a turn-based strategy game that’s rather unlike anything we’ve seen before, by including unique effects produced by the sun and the inclusion of horrifying nightmare scenarios.

My love for games like XCOM, The Banner Saga,  and what the upcoming Firefly Online game appears to look like knows few bounds. While the games can be oppressively difficult, much like the emergent roguelike genre, it’s as much about loss as victory. It’s about careful execution and careful planning, less about twitch reflexes and teabagging your enemies. Developer CreativeForge Games is bringing the outing to the past, and giving it a very palpable sense of danger in the process.

It’s one of the things that can drive players off of these sorts of strategy games—the meat of the game takes a long time to really feel a sense of progression in combat. Combat in Hard West is fast. It won’t take your entire team firing off volleys of searing plasma just to kill a hulking tank thing, but rather you might be able to take a graze or two before dying. The game is less about randomization and percentages to hit, it’s more about keeping yourself protected and finding the right angle to attack from. A whole combat encounter in the game will take between five and ten minutes. These are folks that have at least some experience in the Western genre—members of the studio have previously worked on games like Call of Juarez, as well as Dead Island.

This is an aspect of the game that I find to be most intriguing. Of course in XCOM proper positioning is important, as well as careful movement and making sure your squad is properly supporting each other. While it’s not really indicated at this point if you’ll be controlling only one person or a larger group of people, you’ll have to exercise severe caution to stay alive, and take calculated risks to get your kills. 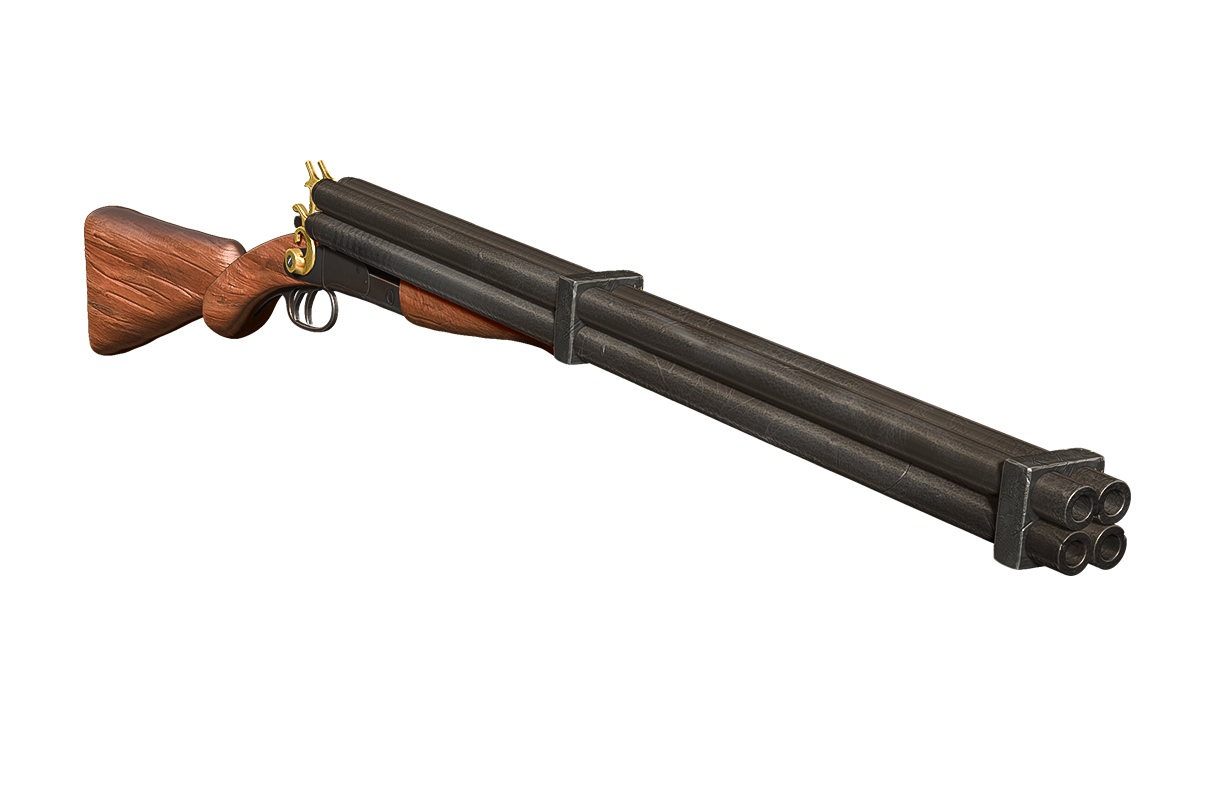 You’ve got some tools to help, though, be they environmental assistance, unusual weaponry, or sheer badassery. The sun has always been an iconic image in Western pieces, and the position of the sun can affect gameplay in a variety of ways. As it nears the horizon, characters will cast long shadows, giving away their positions when you don’t have line-of-sight. Aiming at enemies framed by the sun can blind you and make it difficult to hit your target. Some characters can blend into thick shadows to hide their presence and get the drop on their foes. Though the game is set in a more realistic framework, you’re not always wielding period-accurate pieces, you can acquire exaggerated Wild West guns like four-barreled shotguns or a rifle that shoots half-pound bullets, the game’s gunsmiths aren’t afraid to conduct a little experimentation with your weapons if you give them the chance. 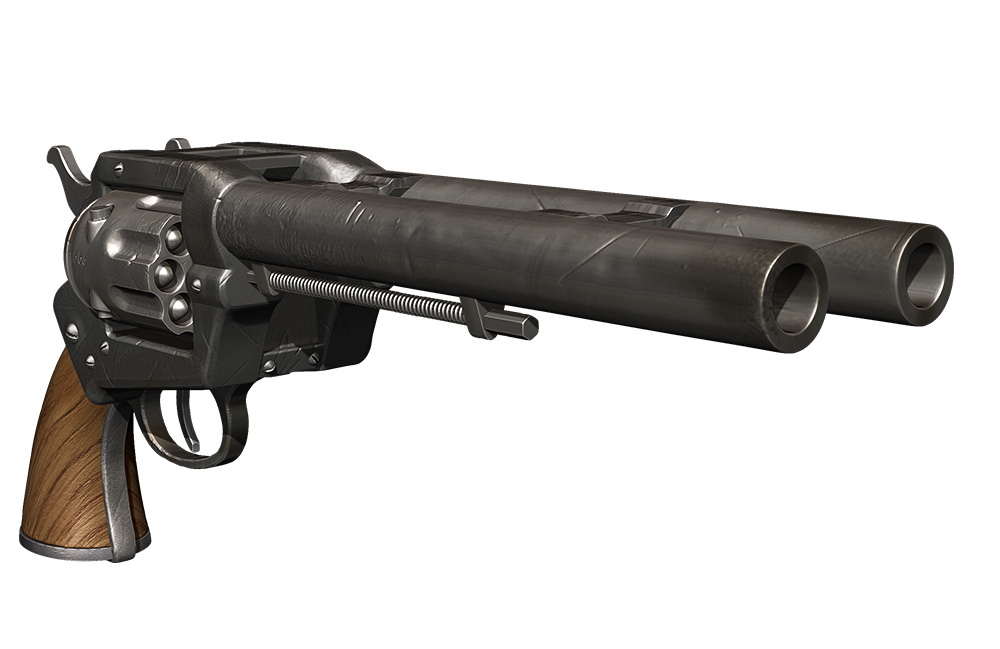 You’re also a badass gunslinger, after all, so you’ve got a few tricks up your sleeve to help you land your kills with style. These can range from believable, but epic, tricks like fanning or using two guns at a time, to bouncing bullets off of walls or curving bullet trajectories can let you hit enemies that thought they were safe. As dangerous as your foes are, you’re more so, and you shouldn’t be afraid to show it from time to time.

With the somewhat adjusted combat style, comes a different way to navigate, as well. It’s not clear if the game runs as a single campaign with a long-running story, or in a more Age of Wonders III or Heroes of Might and Magic sort of way, with an overworld map and contained battles. The key here is that you’re not just going out on a mission, then heading back to some base area to handle resource management, there is a world map that’s populated with people and places to explore, and the game is not one to mess with middle-grounds here, events and people are over-the-top characters capable of extreme things.

The game isn’t fully based in realities, either, but rather focuses on the exploration of “what if” ideals. The world in Hard West is harsh and unforgiving, a state damaging to anyone’s mental health. You can expect to have nightmares that feel real…or are real…or maybe you won’t be able to tell. The game also explores many myths and legends by including them in the game, specifically citing on their Kickstarter page examples of what Hell looks like, whether the Devil truly walks the Earth, or what happens to us when we die. 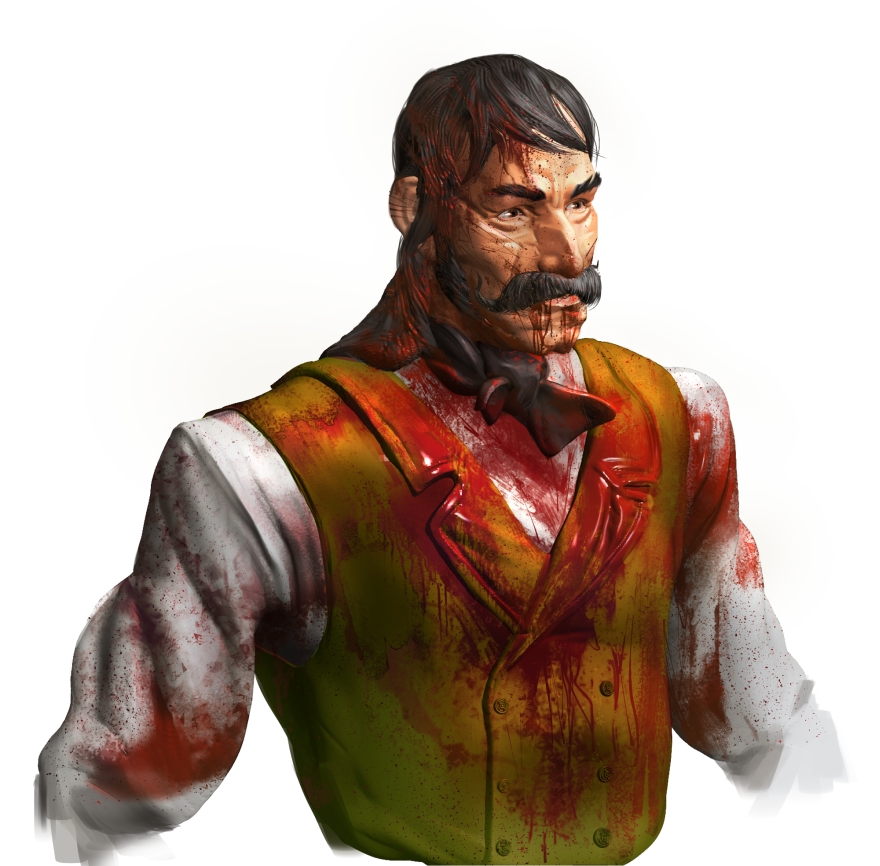 This is all supplemented by a sort of deformed and stylized look to the game. The devs wisely shifted away from striving for photorealism or relying on established tricks to derive personality for the game, but rather considered their game’s direction and made a good decision that flows well with the content and feel of their game. The nightmares in particular look really compelling, with blood running through the streets, countless coffins or graves dominating the streets—this is a world where people are destroying one another, after all, and you’re there to see it all happen.

We’ve had plenty to say about crowdfunding and early access before, and this game will likely be doing both. The good news is that this isn’t some idealistic up-and-coming, but unproven studio, these guys have at least one product under their belts already in the form of the space RTS Ancient Space, which is being published by Paradox Games. While possible, the odds of us getting burned on this one is pretty small. 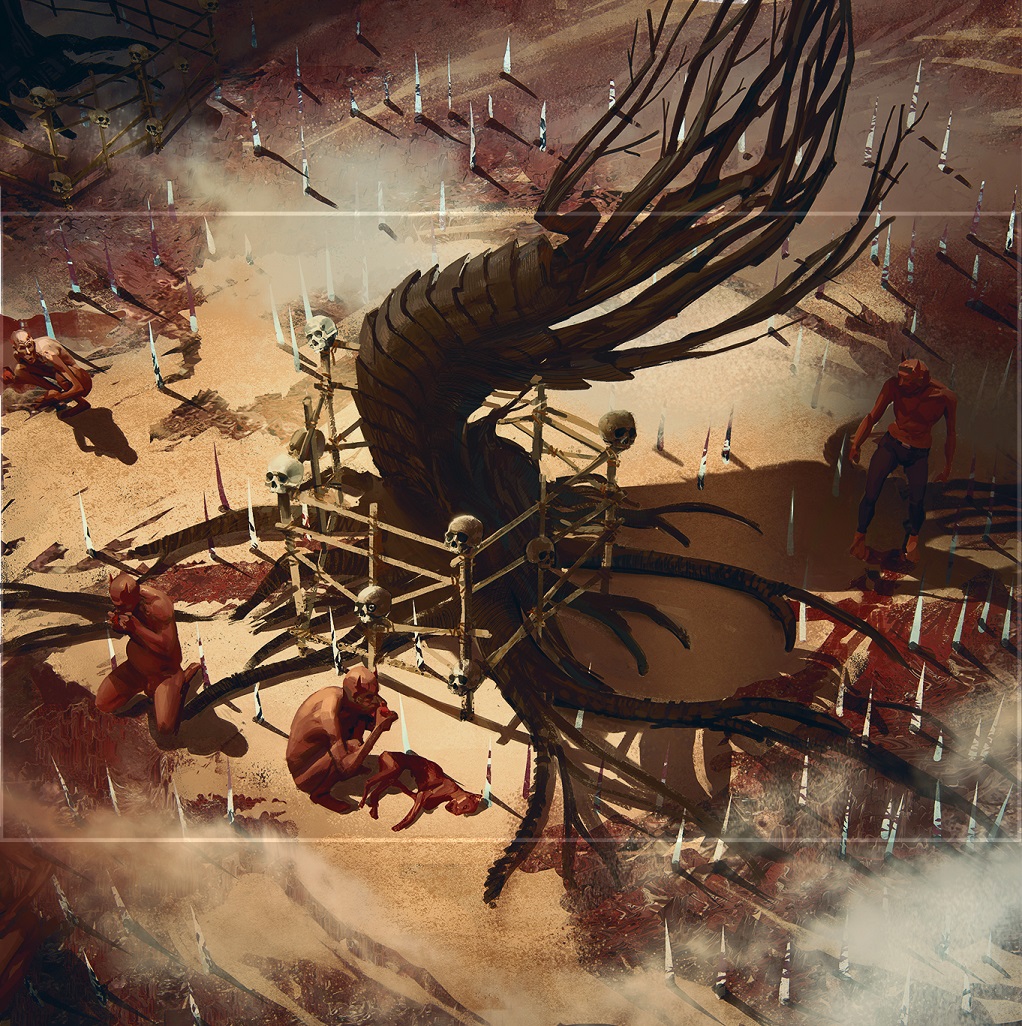 Check out their Kickstarter when you get a chance, it’s one that I’m heavily considering pitching to. Video below.