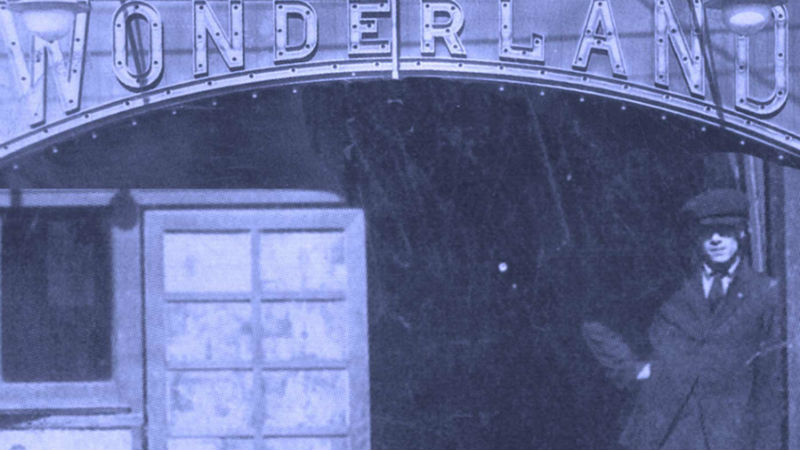 There are many types of games out there that sneakily incorporate exercise and movement throughout their experience. Pretty much any release dedicated to use the full capacity of the Nintendo Wii or Microsoft Kinect will have you up and moving without you directly realizing that you are exercising. To be perfectly honest, if more games utilized exercise and movement in these ways, it would help to create a very healthy environment for all of us. Unfortunately, this type of technology has yet to be perfected, and most of the games available for these systems are only fun for a few moments. Thankfully, that hasn’t stopped developers from trying, and this type of hidden exercise is now seeping into the realm of Indie games. Case in point: Wonderland: A Solvitur Ambulando Mystery.

To call Wonderland a walking simulator would be a gross misrepresentation of the title. It’s best described as a walking stimulator. Gone is the “interaction” in the traditional sense, and it’s important to understand that Wonderland isn’t what many would consider a game in the traditional sense. You won’t find yourself interacting as directly as usual, and there are no control schemes to learn. But those seeking an adventure will be rewarded with a robust audio drama-mystery, filled to the brim with excitement and intrigue. The story takes place during 1914 in Junction, a rough borough of the city of Toronto. It is during this time that the world was introduced to “nickel madness,” a time in history in which shops and shacks began offering movie-based entertainment for only a nickel. The protagonist, who works as a projectionist for a theater dubbed “The Wonderland,” arrives to work one day to discover a truly grisly scene. The prospect of nickel madness saw a time of great tension, and it is for this reason that the protagonist is rather afraid to involve the authorities. The adventure begins when the pseudo detective sets off to discover all he can about what he has witnessed.

Wonderland: A Solvitur Ambulando Mystery is the type of release you experience with your ears, not your eyes. The majority of the “game” is a series of beautifully crafted audio segments that play out like a best-selling book on tape. There are some graphics to look at, and they mimic the environment of Toronto in the early 1900’s. They really help to give you a better understanding of the time period, but the true beauty of Wonderland lies in the annals of your imagination, and how well you can visualize the descriptions that the narrative is giving you. The best part is that so much outward effort went into the creation of the audio for this release, due to its focus. Instead of artistically-rendered graphics, we are immersed into a storyline filled with amazingly-accurate sound effects and the perfected craft of a cast of professional voice actors. By slapping on some headphones and starting the journey, you’ll find yourself enveloped in musical elements and effects that all swirl together to successfully transport you to the past.

There is a small layer of interactivity associated with Wonderland, and it comes in the form of a puzzle which appears at the end of each chapter. You’ll be tasked with solving a riddle, and it’s up to you to sift through clues in the previous chapter to discover the answer. There may be times in the journey when you find yourself truly stumped by the riddle before you, and it is in these moments that the walking mechanic comes in to play. The protagonist himself often takes a walk to clear his mind, or to muddle through a given riddle within the story. You can do the same thing, and by putting yourself in the protagonist’s shoes you’ll be able to unlock letters one-by-one for whatever riddle answer you may be stuck on. By using GPS and accelerometer technology, Wonderland will track your movements and each time you take one-hundred steps you’ll be rewarded with a single letter. If you find yourself stuck, you can simply place your phone in your pocket and when your reward is ready you’ll hear the clanging of a street car bell.

Wonderland: A Solvitur Ambulando Mystery allows you to experience an interactive story while walking, and without the danger of staring at your smartphone while you move. You can even sit down at a nearby bench and enjoy the story, before hopping to your feet and walking around to gain your clue. It is for this reason that Wonderland is such an interesting and impressive addition to the Indie gaming scene. It’s unique, and excels in its delivery. Better yet, it offers a “gaming atmosphere” for individuals who may not be comfortable with the complex control schemes of traditional games, but long for a good puzzle or historical fiction mystery.

Wonderland: A Solvitur Ambulando Mystery is available right now in the iOS App Store, but it is important to note that it will only work on iPhone 4S or newer devices. There are plans for the game to reach the Android operating system sometime in the near future. If you’re interested in getting more information regarding this unique release, be sure to check out the dedicated website here. Hopefully, the introduction of Wonderland: A Solvitur Ambulando Mystery is just the start to what could be an interesting and intricate new genre for the Indie gaming community.