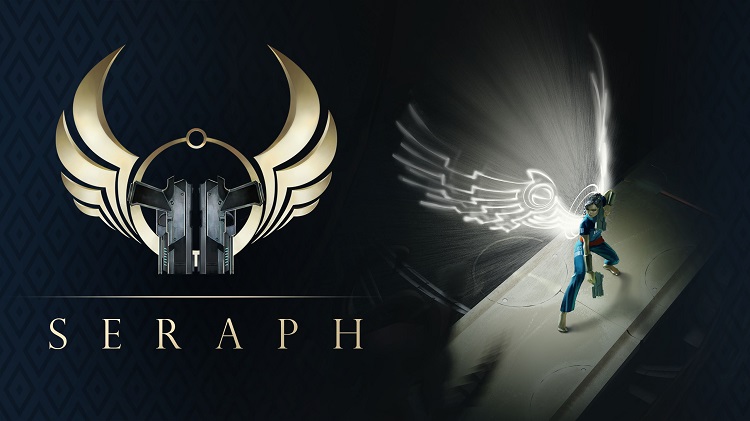 Use angelic aim-assist to shred enemies in ‘Seraph’

The ancient battle between angels and demons takes a unique twist in Seraph, a new side-scrolling shooter adventure from developer Dreadbit. The latest indie scene has seen quite a few side-scrolling platformers and shooters alike. Games like Cave Story, Broforce, Metal Slug, and Shadow Complex have been entertaining the masses with their fast-paced shoot-em-up styles. Seraph features the same high-octane stage progression, but tosses a unique cog into the machine. Even better, it offers a unique story element to explain the added feature. Developers did a great job in setting up a release that provides just as much story purpose, as it does stellar gameplay.

You’ll take control of Seraph, an angelic presence who finds herself trapped deep within a demon-infested prison. The otherworldly figure has lost her heavenly powers and finds herself tied to a human vessel. With their powers intertwined, human and angel become a force to be reckoned with. Seraph offers her host a specialized set of powers which grow in intensity as the angel gains strength. Self-preservation is key to survival, as both Seraph and her human vessel will perish together if they are overrun by the demon hordes. This cooperative effort is what makes Seraph such a unique and engaging gameplay experience. There are a series of skill-sets and perks that your character receives as a by product of offering the angel sanctuary.

Perhaps the most unique aspect of Seraph comes from the angelic aim-assist feature. The angel within can focus her powers and channel them through firearms, allowing the weapons to lock aim on their targets. Because of this handy tool, you’ll simply be responsible for pulling the trigger in order to eliminate demons. But don’t be fooled, there is plenty of difficulty to be found in Seraph, regardless of the automatic aiming. Some enemies are not so easy to eliminate and won’t flinch even when plastered with a steady stream of bullets. This is where the vessel comes into play, and it’s up to you to use a variety of intense acrobatic jumps, slides, and evades to stay alive. The unique experience will have you holding down the trigger as you keep an eye on enemy movements and projectiles. The animations and movements for Seraph are incredibly entertaining to look at, but also manage to add a nice layer of depth that creates a rather enthralling, fast-paced play style.

You’ll also find a solid amount of character progression and upgrades. Materials can be secured from the corpses of fallen enemies and used to purchase a variety of weapons, spells, and abilities. Unlocking these items will help you battle your way through enemies as you march towards freedom. It is import to note that Seraph features a scaling difficulty system. This visual grader will increase in intensity as you gain new skills and trash through enemies. Developers wanted to create an experience that was challenging for new players and veterans alike. What’s even more impressive is the procedurally-generated levels. These areas are ever-morphing and filled with randomly placed power-ups, enemies, weapons, and bosses. This ensures that each playthrough has its own unique feel, and should keep you on your toes no matter how seasoned you are.

Certain strategies must be employed to down bosses and craftier foes, but don’t be fooled into thinking you can simply stay at range to vanquish every demon. Smaller baddies can be disregarded by a steady stream of bullets, but larger enemies must be finished via a very short-ranged attack called smite. This forces you to close the gap between you and the horde of demonic enemies, entering a chaotic fray to banish the hellspawn. If all of this doesn’t sound like enough of an intense challenge, you can take to Twitch with full-integration to truly test your skills. While engrossed in this game mode, viewers will be able to vote on which levels appear, or whether or not to add a modifier to the next section. Modifiers can be a rather positive and rewarding experience, but be aware that viewers can also spike the difficulty of your playthrough by adding a negative modifier to make your task even more daunting.

Seraph is available right now as an early access release on Steam. If you’re interested in getting more information regarding this unique, intense, action packed, side-scrolling shooter, be sure to check out the dedicated website here. You can also stop by the developer website, as well as follow them on Twitter, Facebook, and Youtube. Hopefully developers will continue to improve and add to Seraph, as it has an intense amount of potential to be one of the better side-scrolling shooters on the market. Future influxes of DLC and unlockables could propel Seraph into cult classic territory.