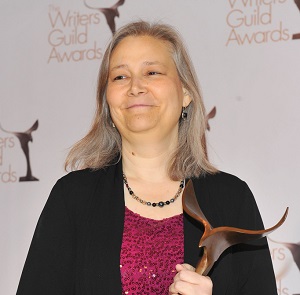 Author and creative director on the Uncharted series, Amy Hennig, had her last day with game developer Naughty Dog on Monday, March 3. She was writing and leading development on Uncharted PS4 and she recently celebrated her 10th anniversary with the company. Amy Hennig is best known for her work on Uncharted: Drake’s Fortune, Uncharted 2: Among Thieves, and Uncharted 3: Drake’s Deception.

Many fans are debating the fate of the Uncharted series and whether or not her departure is a sign of troubled waters ahead and an implication that she was dissatisfied with the direction of Uncharted 4. A Sony representative gave this statement in response: “We can confirm that Amy Hennig has left Naughty Dog. Amy has made significant contributions to the game industry and we appreciate all she has done for Naughty Dog. The development timeline of Uncharted will not be impacted.” Several sources are also indicating that Hennig was “forced out” by The Last of Us  writer/director Neil Druckman and  Bruce Straley, and that the Uncharted series may now fall into their hands.

Speculations and rumors aside, I personally wish Amy all the best and cannot wait to see where her writing career takes her in the world of gaming. Wherever she goes, she will certainly be a tremendous asset.  Heck, maybe we’ll see a new Legacy of Kain game now.