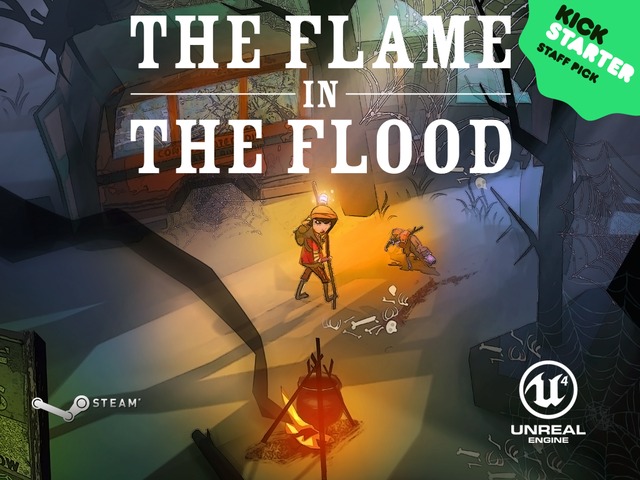 ‘The Flame In The Flood’ Meets Kickstarter Goal, Aims For PS4

It’s a fantasy many of us that play games have: to be one of the survivors after civilization bites the big one, and to be the one that is able to cobble together the means to survive.

Coming from a team of ex-Bioshock and Halo devs comes The Flame in the Flood, a survival game that puts you on an Everglades-inspired procedurally-generated river, and tasks you with navigating to the river’s end ahead of the torrential rains that threaten to drown you and your canine companion. 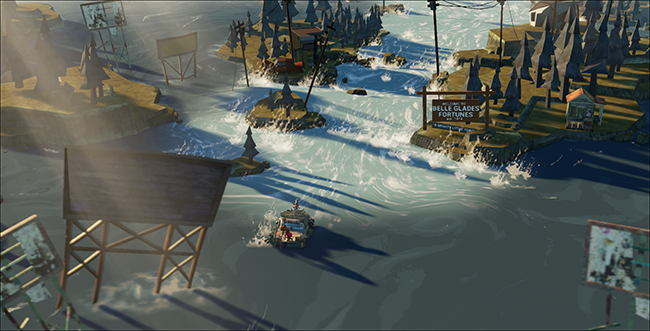 It’s a growing trend in the indie scene, but I still feel as though we haven’t reached a saturation point yet. Many of the survival games we find here tend to be really indie and float under a lot of radars, like Darkwood or The Long Dark, with both games presenting wildly different themes behind trying to live in harsh circumstances.

The Flame in the Flood feels right about in the middle of the two. Darkwood possessed amazing ambiance and an extraordinarily oppressive atmosphere, while The Long Dark was more grounded and “realistic”, and placed more importance on the environment and the feeling of isolation.

Mechanically, The Flame in the Flood more closely mirrors The Long Dark. The team has referenced real survival scenarios for their mechanics. You’ll have to manage not only your hunger and health, as so many other roguelites require, but also procure warm clothing, keep yourself dry, avoid sickness, and contend with the nearby wldlife.

You’ll be doing all of this in a beautifully realized world created by Scott Sinclair, the art director of Bioshock and Bioshock Infinite. The environments are highly stylized and emotionally evocative. The characters you encounter are quirky and grab your interest.

Even the protagonist is decidedly more interesting than your usual roguelite lead. Scout has been living alone in the wilderness since she was a child, and has become well-versed in how to live off the land. She’s a survivor on the fringes of society: living without knowing what has become of the rest of the world. The game is likely deliberately vague on this front, not clearly stating whether the world is in a state of post-society or post-apocalypse (even if those aren’t necessarily mutually exclusive terms). Though one of your primary motivators to move forward in the game is the rain, that’s not even necessarily the source of the world’s woes, it’s merely the driving force forward. 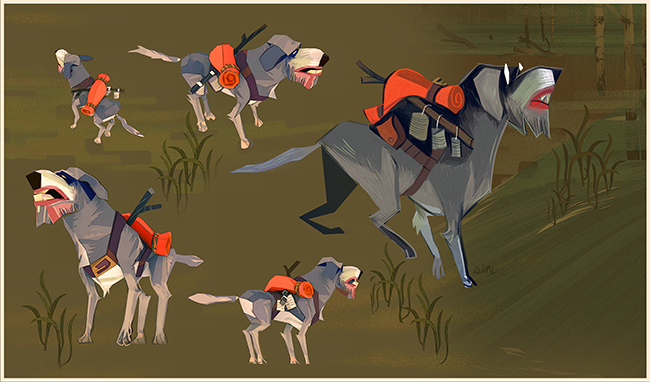 You’re not completely alone: Scout rescued a puppy several years before the game takes place, and he has since become a lifelong companion. He may not be a fighter, but he helps Scout carry things, can sniff out helpful objects or help you navigate the wilderness.

Scout navigates the river on a rickety raft she’s built out of various objects. It’s as much as character as Scout and Aesop, her dog. The raft needs to be maintained and treated with some love. Spend some time working on it after a rough river patch, and it’ll get your where you need to go. Not having a raft is a recipe for doom. 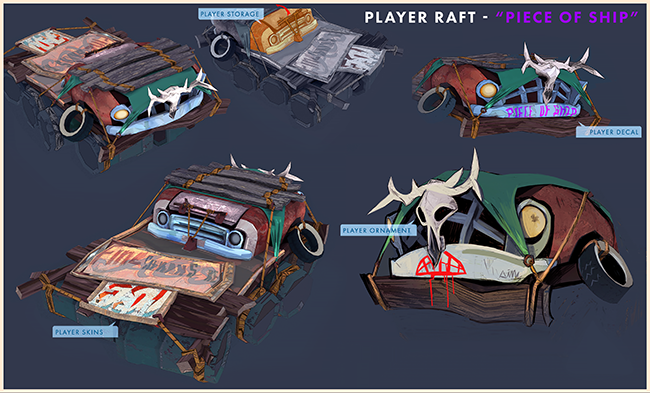 The game is essentially an outdoor PDL, with the river changing every time you try to navigate it. The game’s Kickstarter page actually refers to the river as the central character of the game, it’s the fixture the drives the piece, and is designed to keep the player making difficult decisions throughout their adventure. You might brave rougher patches of water to save some time, but risk additional damage to your raft. Settled areas might have options for scavenging on either side, but accessing one will prevent you from reaching the other. You’re hungry, and there’s a convenience store on one bank, but a gas station on the other. The gas might be harder to come across later, but is less pressing now. Which should you go for?

There’s a lot of talent at the fairly newly minted The Molasses Flood studio, and it really shows in the available assets. The game has only been on Kickstarter for eight days, but has exceeded its goal with impressive speed. A number of stretch goals have been added, one of the more exciting of which is an endless mode, and support for a PlayStation 4 version of the game.

As far as survival simulations go, it ranks pretty high on my list of things to be excited for. The game’s dedication to giving numerous methods for navigating your space and how you use your tools to make sure you have what you need to survive, be it food, raw materials, or medicine.

Check out the Kickstarter page here, and consider backing this particular project. Where others might bear certain risks, the fact that this is a studio staffed widely by people with large-scale releases under their belts, it’s quite a bit less risky to do so.