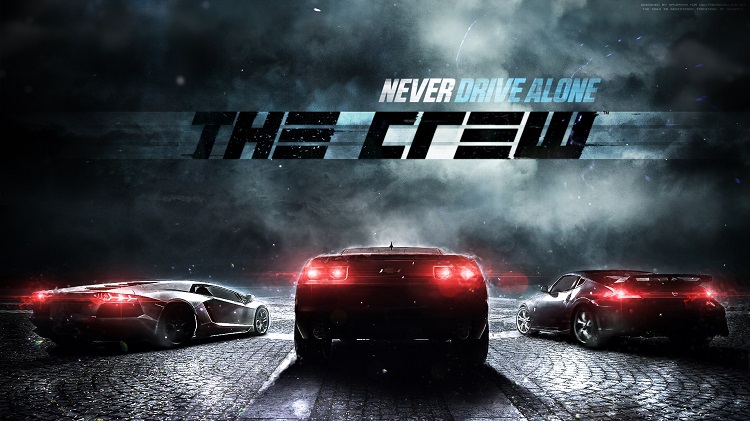 The Crew puts arcade racing on a massively multiplayer scale

What is social racing? Ivory Tower and Ubisoft aim to answer that question with their upcoming release, The Crew.

This ambitious project is shaping up to be a massive multiplayer experience with a large emphasis on cooperative, team-based gameplay. Heavy social overtones and a variety of unique events are turning heads, catching the attention of racing fans who live and breathe automotive entertainment. It may be a little early to run around shouting “genre changer,” but we’ve already seen a lot to be excited about when it comes to The Crew.

Let’s be honest with ourselves, racing games haven’t changed much in recent years. Graphics continue to get better, and we see occasional sparks of gameplay genius with titles like Split/Second and Need for Speed: Hot Pursuit. But for those of you craving an arcade experience, it’s difficult to find anything that offers up much entertainment value past a few days of racing the same track over and over. Arcade racers are well overdo for a successful refresh. 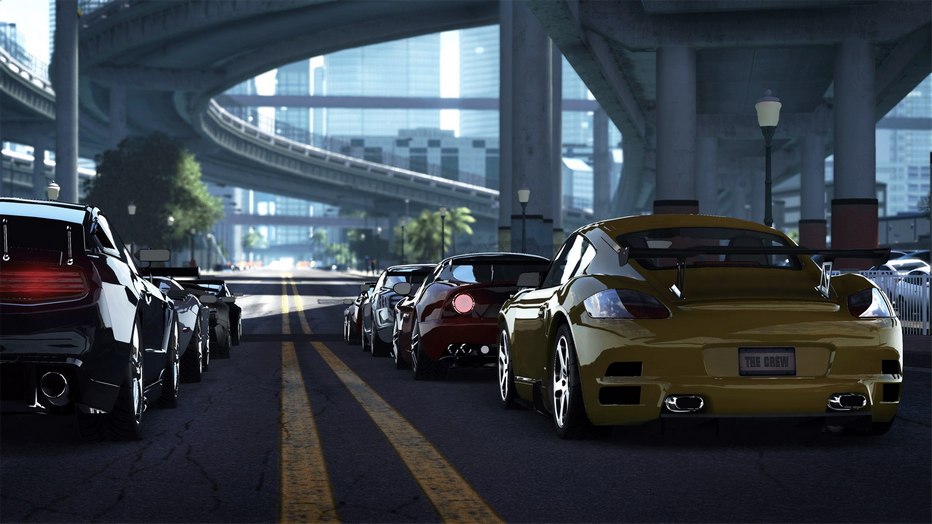 The development team behind The Crew is hopeful they can bring this breath of fresh air. Their vision encapsulates a lot of interesting concepts, all wrapped around what can only be described as a truly mammoth, open-world experience. Rather than racing on pre-made tracks throughout various locales, you’ll be given access to a literal country-wide network of interstates, back roads, and wide open spaces.

The Crew imagines the United States as a racing playground, providing us with a scaled down version of America, and giving us the freedom to explore it as we see fit. But a smaller country doesn’t mean developers skimped on important geographical landmarks and content. According to a Ubisoft rep, it will take approximately an hour-and-a-half of real time to traverse from the east coast to the west coast. To put that into perspective, The Crew’s version of New York City is about the same size as Liberty City from Grand Theft Auto. 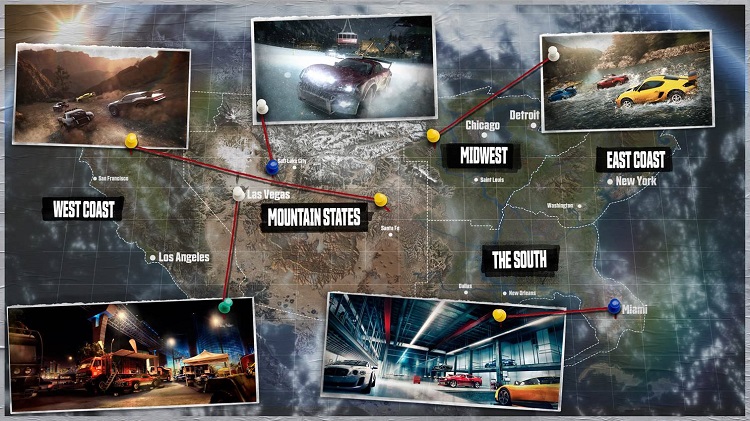 The Crew takes the term open-world very seriously. Their vision of the fifty states is unencumbered by barriers or invisible walls. You’re free to travel anywhere (within reason), and have an abundance of side streets, dirt roads, and open fields at your disposal. This isn’t your traditional point-A to point-B style of racer, and half the fun of The Crew appears to be free roaming a seemingly endless landscape.

The trailer below gives us a glimpse at what you can expect from trip across the United States, showcasing numerous changes in scenery, weather, and lighting. Ubisoft promises a bundle of historic USA landmarks, which should add a lot of visual depth to the already graphically intensive world.

But what good is a gigantic stage without entertaining content. If you want to create a truly successful open-world arcade racing romp, you’re going to have to have more than just standard races and time trials. The developer’s have taken this fact to heart, and have loaded The Crew with a plethora of game types that should appeal to all types of racing fanatics.

Missions are the main course of The Crew experience and come in many flavors. Racing is as “normal” as it gets, pitting you against up to seven other players for some circuit style rumbles. Go To is The Crew’s version of a point-to-point race, in which players sprint against one another to reach a far off finish line in a short period of time. Collect is just what it sounds like, a time trial in which you attempt to collect a series of items scattered around before the timer reaches zero. Get Away is the action you’ve been looking for. You’ll be tasked with escaping police or rival gangs, and they’ll use anything in their arsenal to wreck your vehicle before you have a chance to elude them. Follow has you tailing a target to a specific destination. It’s all about staying as close to your objective as possible, because falling too far behind means failure. Takedown allows you to use your car as a weapon, ramming and incapacitating anyone in your way. Lastly, is Outrun, The Crew’s spin on a traditional time trial, where you simply race against the clock.