We’ve seen a lot of hopeful arcade style racers pop up over the last few years. Game series like Burnout, Split Second, and Ridge Racer have attempted to carve out their own niche in the arcade brand, only to be shut out by what is arguably one of the most prolific race series to date, Need for Speed. This long running series has sat atop the totem pole for some time, but that hasn’t stopped rival developers from attempting to topple the franchise. Ivory Tower, in conjunction with Ubisoft, is the next developer in line to take a crack at NFS’ dominance of the genre, and they plan to achieve success with an arcade racer dubbed, The Crew. Ubisoft has made it well known to critics and gamers alike that they do not wish to simply coexist alongside the popular EA brand, but are intent on de-throning NFS with an arcade experience like no other. 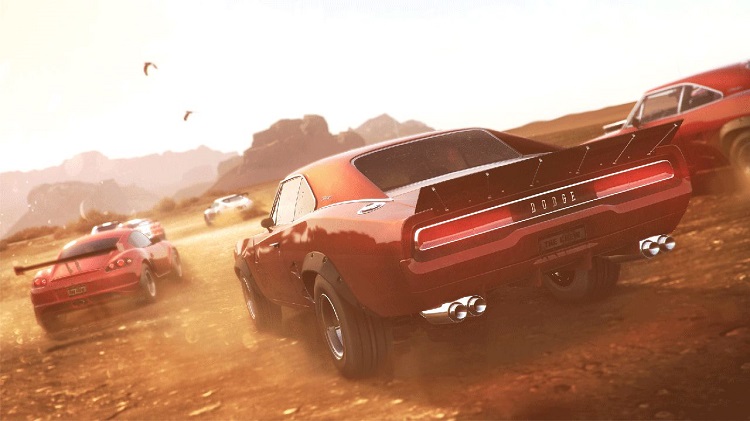 Upon first glance, The Crew appears to be “just another racer,” but the title holds an intense amount of depth. Developers promise a lot of customization, spanning across a multitude of licensed vehicles. When it comes to upgrading your ride you’ll be able to pick from 19 distinct elements to “make it your own,” and there will be five separate tuning packages to transform your car into the ultimate driving machine. The street package will bump your auto from a stock driver to a day-to-day racer. The Dirt pack will give you access to off-road tires, a roll cage, and some better suspension. Raid is an extreme version of Dirt, turning your vehicle into an off-road warrior. Performance will power up your stock vehicle, turning it into a fast-paced challenger. And finally, adding the Circuit package to your ride will give you access to a finely tuned speed machine that is capable of zipping past even the most challenging of opponents. 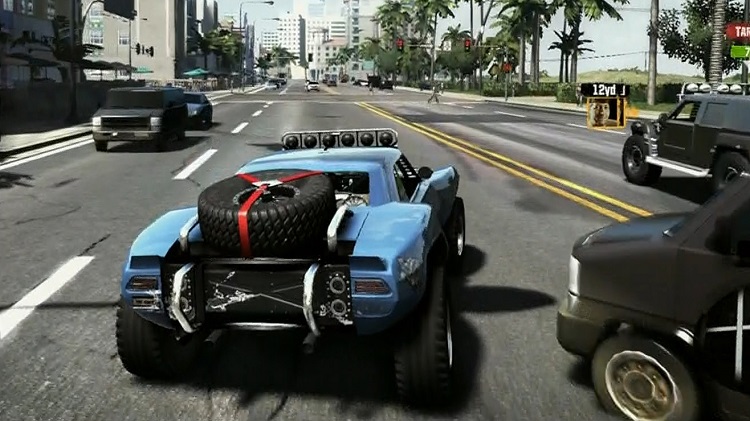 This focus on deep customization won’t take away from the main game though, and the creators are promising us a massive world filled with tons of content. The map itself will span across the United States and developers have stated that it will take approximately 90 minutes to traverse from one coast to the other. However, we don’t know if this time is affected by the speed of your vehicle or your choice of roads. Reports suggest that the in-game map will include over 1000 real world landmarks and that players will be able to literally race the United States by creating their own “tracks” and challenges.

The Crew‘s creative direction, Julian Cerighty, has described the creation as a “role playing game with large-scale multiplayer elements.” Single-player and multiplayer will mesh into one experience, allowing players to take on main missions by themselves or cooperatively with others. There is a storyline, one which takes you through a seedy, crime-filled underworld, forcing you to infiltrate a variety of criminal groups in order to progress towards your main goal. Developers have stated that the storyline will take approximately 20 hours to complete, making it a fairly lengthy affair. Multiplayer mode will allow players to create their own crews, and compete in a variety of missions and game types against rival groups and racers.

Creators promise that the title will have no load or pause screens, and that you will be able to drive from point to point seamlessly, activating missions and collecting items without the action ever stopping. The title will also come tied to a companion phone and tablet application, which will allow you to customize your cars, paint jobs, and other settings without having to actually be in the game.

The Crew is shaping up to be an incredibly ambitious project, and one that if done correctly, could bring a lot of refreshment to the arcade racing genre. You can check out an incomplete car list, as well as some other screenshots and videos at the title’s website. The Crew is planned for a 2014 release, but with Ubisoft’s reallocation of resources and focus on Watch Dogs as of late, it may have set the project back a little further than we hope.