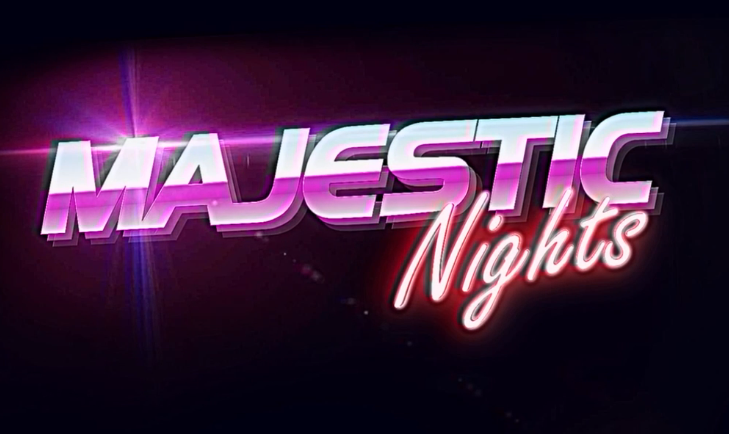 The Conspiracies Are Real In ‘Majestic Nights’

I hold conspiracy theorists in a special place in my heart.

I’ve long subscribed to the philosophy that we should question the things in our lives in a healthy way—after all, these questions can lead to surprising answers or drastically improve the ways we live our lives. Conspiracy theorists, though, question everything to a truly unnatural degree—so much so that it define one’s entire identity and destroy entire lives. It’s silly because of the ignorance of compelling evidence. The moon landing was fake, due to a couple of shadows in a photo that look a little funky, despite the extraordinarily intense library of indicators that people have walked on the moon. 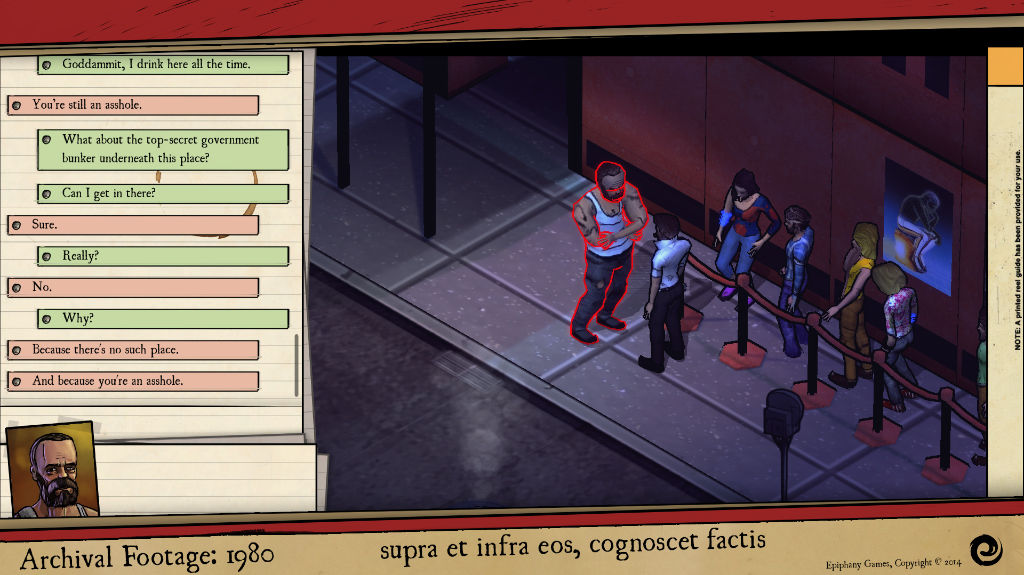 Imagine, though, that all these whackjob theories about subliminal messages in advertising, government mind control distribution through drinking water systems, the moon landing—all of them were true. That’s the setting of Majestic Nights, an action-thriller set in an alternate 1980’s.

This isn’t a totally unheard of concept—The Secret World was an MMO that housed itself in a setting where all those supernatural monsters and the like were true stories, albeit that most people didn’t perceive or interact with them. It’s a compelling idea, exploring a space where all those niggling voices in the back of your mind that cry foul over whether your interpretation of the world around you is genuine, or part of a carefully crafted web of lies.

It’s complex, to be certain, and takes a meticulously crafted narrative to properly display, and I must say, spending some time with the prologue chapter of Majestic Nights has not set my mind at ease. I don’t mean that there are a number of compelling arguments for all these conspiracies, but rather that it drops you right into a complicated mess of ideas so obtuse that you may not be able to make heads or tails of it without prior research.

You play as John Cardholder, who appears to be some sort of ex-government agent gone private investigator that…to be honest, I can’t really tell you. Again, it’s not because this information is somehow classified (I mean, I guess that would make sense), but because this chapter is so utterly confusing that, even days later, I cannot properly articulate it without simply regurgitating several major events that transpired.

Someone came into my office to kick me out, I guess, and I was treated with a few dialogue options and the ability to explore the small room. I grabbed a few documents and a safe combination, which I was able to dial in in a point-and-click style interface to grab a few other curious items that seemed to serve little-to-no purpose within the story. I returned to my home, only to find it guarded by a number of nameless agents, and had to sneak inside (I was unarmed at the time), grabbing a key to a secret entrance from my neighbor—whom I spoke to while he was on the John. 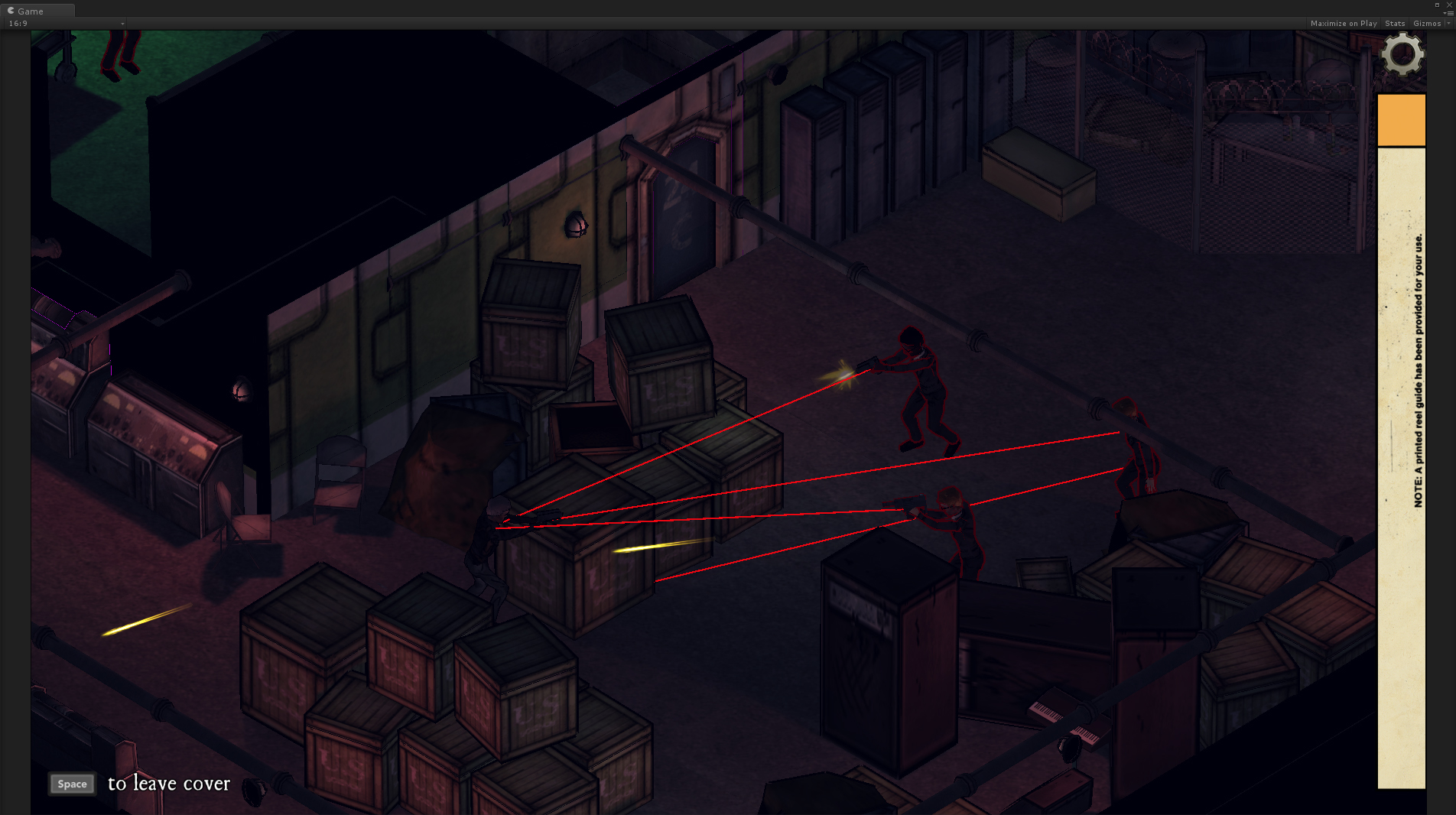 I was then tasked with tracking down a big-name movie director, I think, by solving some dialogue-based puzzles in a club, before shooting my way through some more government agents in a secret basement and discovering the set of the faked moon landing. Really, I don’t know.

I played the game on PC via Steam, but it became clear quite rapidly that the game was built as a mobile title for tablets that has been ported over, the visuals are colorful, but otherwise simple—evocative of a less fully-realized Wolf Among Us, and the character animations were almost cringe-worthily awkward.

The whole thing almost feels as if it’s trying to bring about the nostalgic days of classic exploration games, but wanted to shoehorn in some action by featuring some truly horrific cover-based shooting with some of the poorest accuracy and collision detection I’ve ever experienced.

I suppose, normally, I wouldn’t spend the time to speak on a game that I just didn’t think was worth anyone’s time, but something sparked inside me whilst I played—something about how this is an example of a great idea gone completely awry. True, this is the prologue chapter, and this is a port, in the end, but I feel as though I shouldn’t have to drop my expectations to justify spending the half-hour it took me to get through it—especially considering that I still have no idea what the point actually was.

I hesitate to do so, but perhaps the very beginning of the game simply put me off my game, and when we actually see a release of the upcoming chapters, things will come together and I’ll be impressed with the game’s gusto—but just as I’ve said with Destiny: The promise of future content cannot be an excuse for the state of a game now, especially when this was a build released only a month or two ahead of the first chapter. 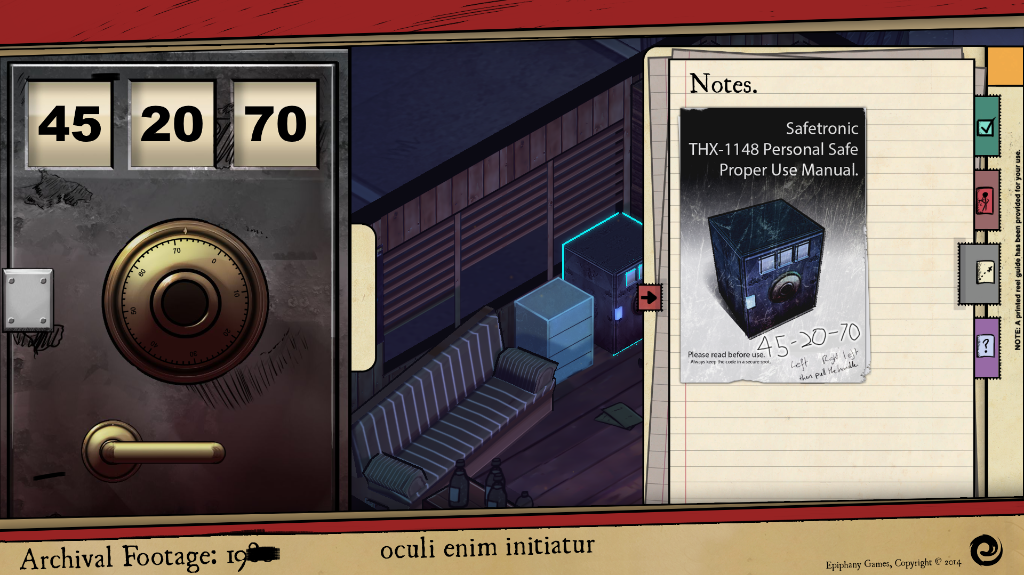 Still, I do believe in second chances, and will be sure to revisit this to see what becomes of it. You’ll get chapter zero free alongside the first chapter, with five more coming every month or so after that. Individual episodes will run $4.99, with a season pass granting you access to all the content for $19.99. For the time being, I wouldn’t hold my breath, however.