Out of left field from a small team in Brazil comes a return to the bullet hell roots of the SNES era in Gryphon Knight Epic.

The princess has been captured by an evil dragon, and a party of knights riding powerful creatures is sent to defeat the dragon and recover her. After months of questing and constant danger, the dragon is located and promptly laid under siege. After a fierce fight, the most accomplished of these knights, Sir Oliver, riding atop his mighty gryphon Àquila, lands the finishing blow with his crossbow. The rest of the knights loot the dragon’s hoard, finding great amounts of treasure, as well as powerful weapons and an ancient amulet covered in runes. They happily arm themselves with this new gear, leaving the amulet to Sir Oliver.

You might think, then, that the game is over: Sir Oliver has already defeated the dragon, rescued the princess, and lives a peaceful life. But there is a seed of doubt in his mind, a gnawing desire to return to those glory days of old. That time has come, as a dark cloud looms over the kingdom, and Sir Oliver must move to investigate. 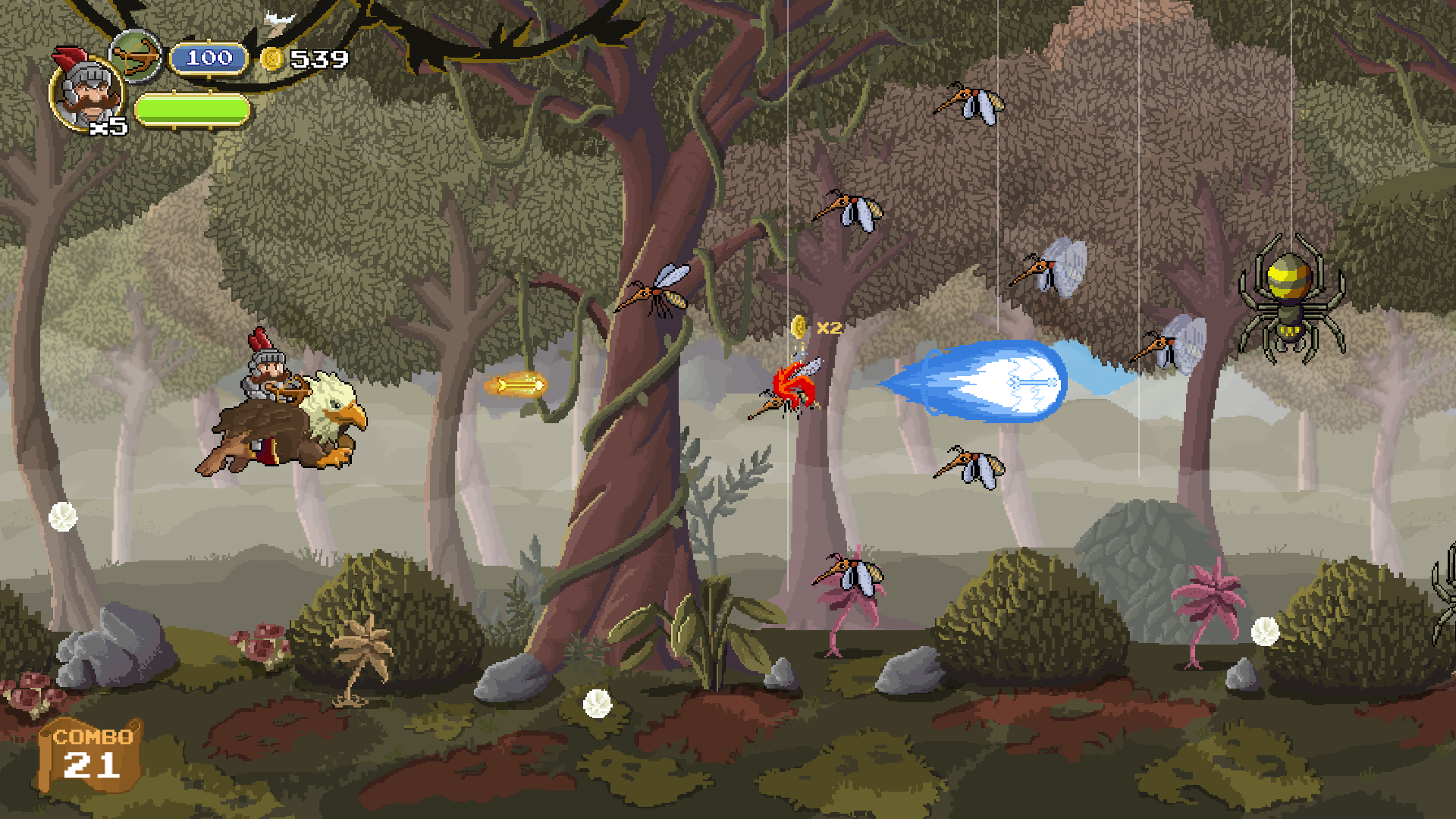 With heavy inspiration from games like Mega Man and Ghouls and Ghosts, aswell as fairly classic bullet hell games like Gradius, Gryphone Knight Epic is a surprisingly challenging shmup experience. As Sir Oliver, you’ll traverse a number of different stages, fighting off hordes of hostile enemies in order to discover the roots of the evil black cloud. Worst of all, however, Sir Oliver will have to face the most unexpected of foes—the knights of his old party, all of whom have gone rogue and are wielding the powerful weapons they found in the lair of the dragon all those years ago.

Okay, so it’s not all that unexpected, but you get the idea. Gryphon Knight Epic is a little more intense than your traditional side-scrolling shoot ’em up, every level is built with multiple paths, and rather than move inexorably to the right against hordes of enemies, you possess a particularly unique ability—you can turn around and head back through a level. I was able to get an early build of the unity-based game, and see this in action for myself. 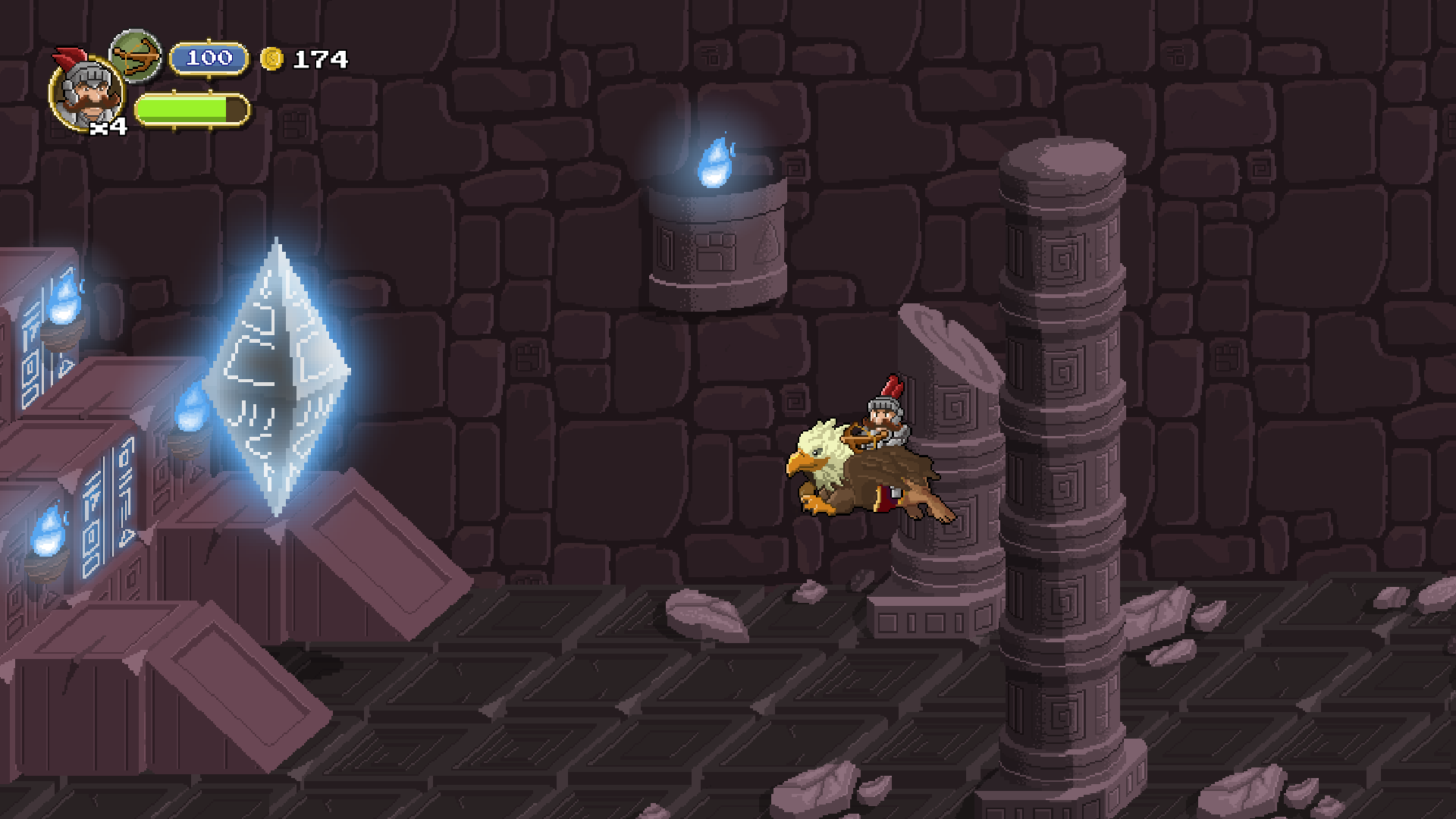 During the second forest stage, for instance, as I fought off spear-throwing kobolds and poisonous spiders dangling from trees, I failed to immediately notice a small switch at the bottom of the screen. Upon passing several others, however, it gave me an opportunity to head back and make sure I hadn’t missed anything. Halfway through the stage was a large pit that was sealed off, with a small pillar nearby indicating that the switches I had previously flipped were meant to open a new path. By finding the other switches past this and turning back, we had opened up a whole new section of the level, packed to bursting with enemies, but also housing another switch that inevitably led me to a treasure horde sealed in a pyramid later in the stage.