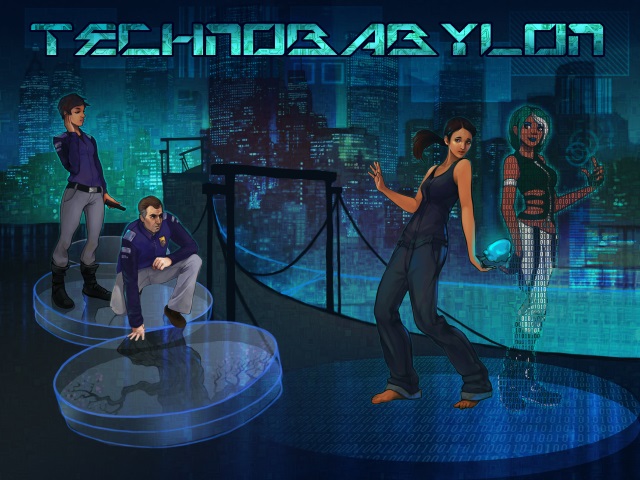 Point-and-click adventures have carved out their own dedicated following across the gaming world. They may not be as intensive as other releases, especially when it comes to hand-eye coordination and reaction time, but they tease the mind with unique puzzles and entertaining storylines. A good story is one of the main components for point-and-click adventures, and series like Myst and Broken Sword have cracked the formula for what makes these types of titles so good. We don’t see nearly as many point-and-click games in the modern era, which makes the need for good additions to the genre even greater. WadjetEye Games is attempting to bring a solid adventure game to market, but rather than develop an entire, original concept, they’re working on reviving a universe that has entertained PC adventure gamers for quite some time. Technobabylon is slotted to drop this month, but a few titles with similar names were released as freeware by Technocrat games in the past. Unfortunately, Technocrat never got around to finishing the epic futuristic story, which prompted WadjetEye to pick up the cult classic and reshape it to fit their vision.

Part of that vision included hiring Ben Chandler, who’s lending his impressive pixel art skills toward the dark and mysterious narrative. The jagged, pixelated visuals really help to set the tone for Technobabylon, and really draw you into environments. The locales and props are reminiscent of William Gibson’s Chiba City, from the novel Neuromancer, or Ridley Scott’s vision of a futuristic Los Angeles in Blade Runner. Technology and artificial intelligence run rampant in the world of Technobabylon, and the overall tone is very similar what our societies envisioned the near future to be back in the 1980’s. It’s a beautifully rendered adventure that packs a serious visual punch, although the graphics are only a small slice of the Technobabylon pie. 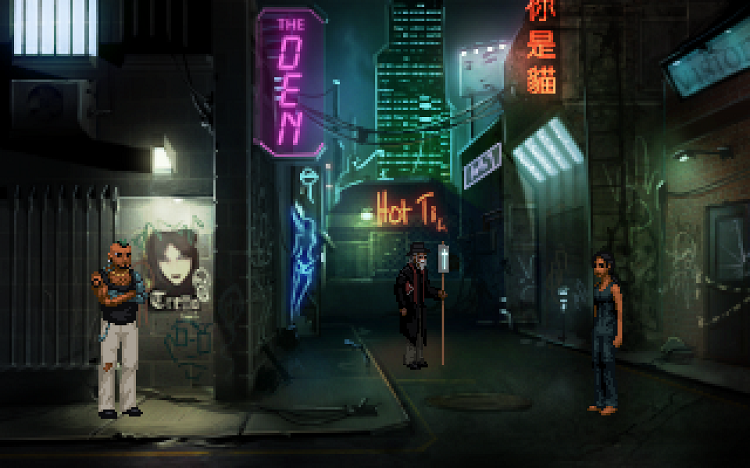 WadjetEye Games didn’t simply pick up Technobabylon to haphazardly revive a “dead” series, but secured the title with a massive overhaul in mind. The polishing that this title is receiving is quite impressive, so much so that it’s easy to understand why the release will be transitioning from freeware to a purchasable adventure. Sound is receiving a big boost with a completely updated soundtrack and an entirely new set of voice acting. Other additions include brand new cutscenes, completely reworked puzzles, hours of brand new things to collect, see, and experience, as well as a variety of tweaks and improvements to the gameplay itself. WadjetEye’s vision is expected to wrap up the Technobabylon storyline, and the writing for this release is being regarded as some of the best for point-and-click adventure games to date. It’s all shaping up to be an incredibly enthralling sci-fi adventure that glances into a world of transgression, governmental corruption, crime predicting artificial intelligence, murder, inner struggle, and technological addiction.

Technobabylon is expected to hit store shelves on May 21st, but those of you itching to secure a copy of this upcoming release can pre-order it right now from WadjetEye’s website. Pre-ordering for $14.99 will give you access to some interesting goodies like; an hour long soundtrack filled with steampunk-inspired music from composer Nathan Allen Pinard, a behind-the-scenes look at voice-over sessions, concept art including character sheets and 3D models, an exclusive desktop wallpaper, and a lengthy PDF file filled with lore and backstory for Technobabylon’s impressive and expansive universe. Keep in mind that this pre-order is a completely digitalized copy, so you won’t receive a physical game box. Upon release, WadjetEye Games will send you redemption codes for Steam, the company’s main website, or GOG. So if you’re itching to get your hands on this lengthy, story driven sci-fi experience, be sure to reserve your copy today.