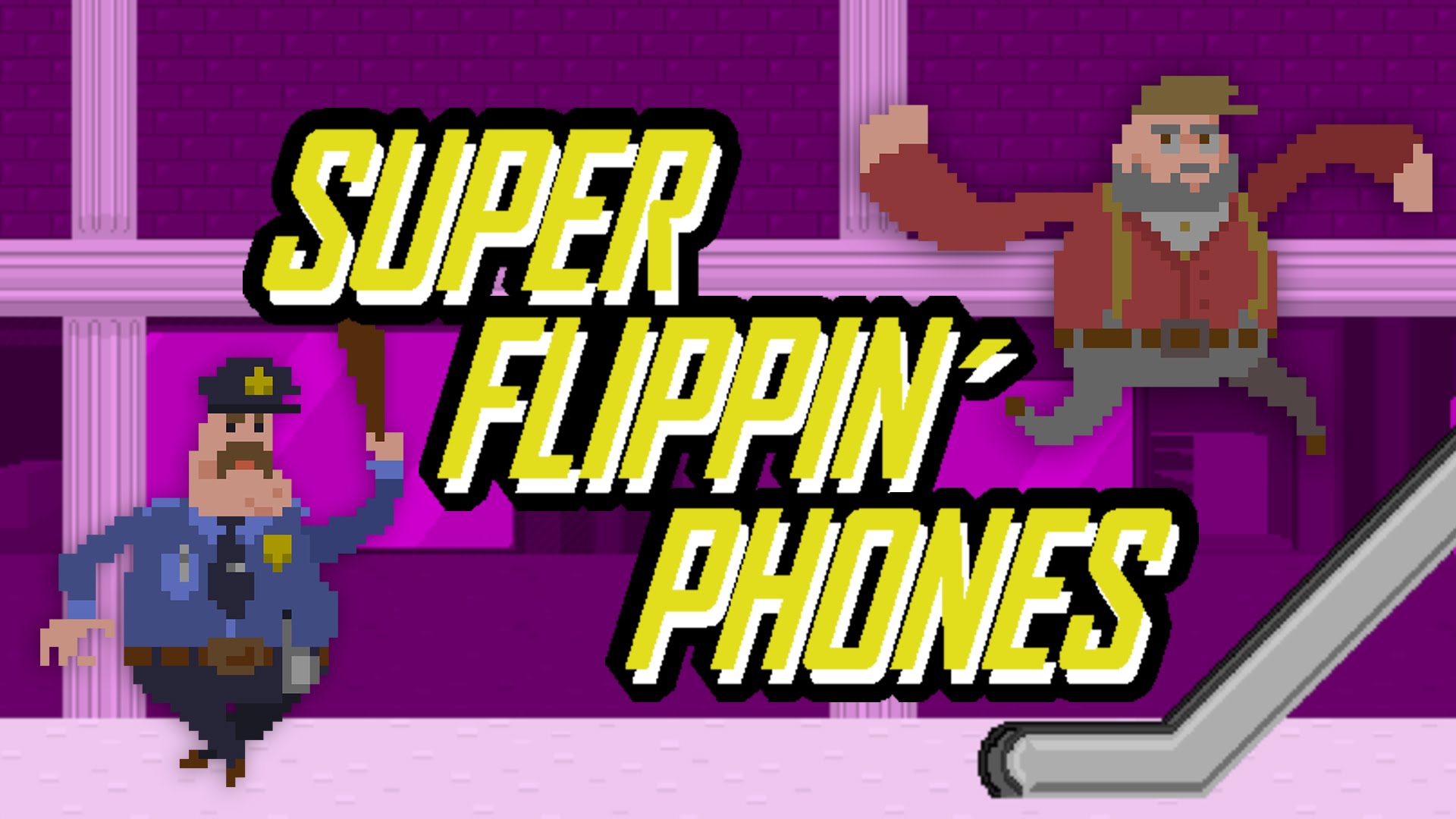 I love my cellphone. I love how “in-touch” the cellphone makes me as a person. It gives me the ability to check my email on the fly, grab the latest news, pay for items without a credit card, and perform a multitude of other tasks. I can load up a game when I’m stuck somewhere waiting, and I can chat with friends no matter what I’m doing. But still, I’m well aware that there is a specific cellphone etiquette, mostly pertaining to when and where it is okay to use your cellphone. From a common-sense perspective, it makes perfect sense not to talk on your phone during a movie, or to stare endlessly at the screen while walking through a crowded place. Sadly, there are many individuals who don’t live by these simple rules, and as much as I love my cellphone, I find myself very aggravated when forced to deal with these types of personalities. I’m sure I’m not the only one who has ever wanted to smack a phone out of someone’s hand.

Thanks to BluawPrint games, you can toss as many phones as you want, at least virtually. Super Flippin’ Phones is the perfect outlet to relieve all that pent up cell-phone related stress. You’ll play as a fed-up stranger who decides to enact revenge on the cellphone community by flipping as many phones as possible. This process will involved racing through the mall in your underwear and flailing your arms around like maniac. If that doesn’t sell you on trying this release, nothing will. Jokes and hilarity aside, the premise for Super Flippin’ Phones is actually quite clever. The main objective is to knock as many phones out of individuals’ hands as you possibly can. Your character is capable of running full speed in one direction, and you’ll be responsible for guiding them towards all those expensive devices. Once a phone is knocked from persons hands, they will follow our hero closely in the hopes that a replacement phone will be provided. Bonus points are awarded if you manage to lead a large posse of people into one of the many cardboard boxes scattered throughout the mall.

Flipping phones doesn’t come without consequence. You’ll definitely catch the attention of local mall cops; fortunately, you can leap these potential hazards in a single bound. You’ll need to, since one single touch from a potential law enforcer will bring your phone-flipping rampage to a quick end. That’s the basic gameplay in a nutshell, although you will get some bonus points for creating as much destruction and mayhem as possible. You can also unlock a variety of wacky outfits, including a beefy luchador complete with cape. From a graphical standpoint, Super Flippin’ Phones possesses a two-dimensional, pixelated charm. The wacky animations, colorful backdrops, and intense explosions give you a lot of eye candy to admire while you’re trudging through crowds. The sound is fantastic too, adding another layer of comedic relief to an already zany experience.

Super Flippin’ Phones is a casual game at heart, featuring a simple high-score system that will have you coming back for more as you attempt to carve your name atop the historical leaderboard of phone-destroying mayhem. This is a great game for those of you looking for something to kill small amounts of time, or those of you craving some mindless fun at a low price tag. You can grab Super Flippin’ Phones right now on Steam, as well as Android devices. For more information regarding Super Flippin’ Phones, be sure to check out the dedicated website here.