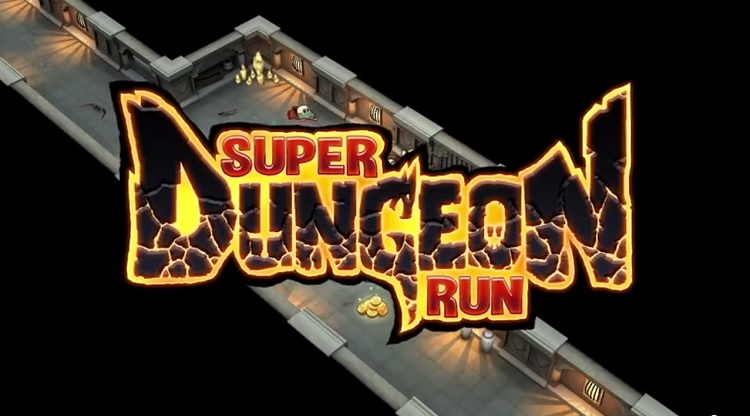 ‘Super Dungeon Run’ Proves There Is Strength In Numbers

Think about the last RPG you played. Chances are, you created or took control of a “chosen one,” a character specifically crafted to be an overwhelming force in the face of darkness. That’s essentially what we all look for in an RPG, to slip into the role of a character and live out a fantastical storyline. But often we take advantage of the sheer power that our character’s possess. Imagine slipping into the shoes of a much weaker lead, where monsters don’t quiver in your presence, and even the smallest of traps are a death sentence. This is the prospect for Super Dungeon Run, an upcoming Indie RPG and dungeon crawler, from Proper Games.

Rather than embark on a complicated quest to secure some kind of godly artifact, you’ll take control of a simple-minded villager, driven only by their lust and greed for loot. Unfortunately, dungeons and monster-filed pits are a very unforgiving place to a frail, wannabe adventurer with a one-track mind. Thankfully, you are not alone in your quest for riches, and soon after starting you’ll have access to a stable full of impatient villagers willing to run head-first into any danger. These naive heroes cluster into a giant ball of undisciplined rage, hacking and slashing at any mob foolish enough to stand in their way. Early in your journey, you’ll find yourself losing copious amounts of man power when engaging even the weakest of foes, but over time you’ll craft a miniature army capable of clearing the most dangerous of dungeons. 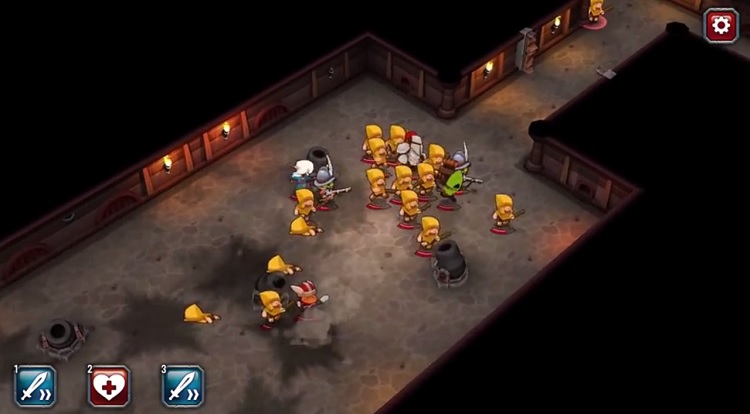 Super Dungeon Run’s gameplay is very simplistic in design, but can quickly become addicting. The basic premise is to lead your band of unskilled villagers to the dungeon exit, grabbing every possible bit of gold and equipment you can find. Along the way you’ll encounter an array of angry enemies, ranging from troublesome goblins and goons, to powerful ghouls and wraiths. But mobs aren’t the only danger which waits lurking. A series of dastardly traps are ready to spring, gobbling up any unfortunate villagers in a single swipe. The larger your group is, the harder it can be to navigate past the series of spiked barrels, flame throwers, floor traps, cannons, and other hidden hazards. Some rooms will require you to move swiftly, incapacitating the enemies inside while avoiding projectiles, where other rooms may have you creeping slowly around a maze of expertly placed traps.

It may seem like an impossible task to lead a group of untrained village folk through dungeons of increasing difficulty, but thankfully each location is filled to the brim with useful items and upgrades. Red chests are stocked with a variety of “costumes,” which will transform certain villagers into some traditional RPG class types, including roles like archer, warrior, and mage. Blue chests are stocked with health potions and consumables, which will allow your villagers to live longer and explore farther. Last but certainly not least are Gold chests, which include perhaps the most important aspect to Super Dungeon Run, gold. Gold can be used to upgrade all types of variables, including party size, villager experience, and what particular floor you start on when embarking into a new dungeon. The levels themselves will scale in difficulty as you progress further into the world, and come stylized in varying skins, including old decrepit cellars and musty tombs. Each area has its own specific set of enemies and loot, and dungeons are generated procedurally, meaning each adventure is a completely new experience.

Super Dungeon Run is a very refreshing take on the dungeon crawling genre, and a welcome addition to a world of RPG’s teeming with predictable characters and storylines. There are countless titles currently on the market that feature overpowered characters that start their journey with some type of special skill. The “heroes” in Super Dungeon Run have no special traits, and while they can be upgraded and outfitted with specific class types, they will never ascend to a god-like status or become so powerful that they can clear a dungeon solo. You will always need a band of greedy villagers to clear each dungeon, and you should head into each adventure fully aware that you’ll have some “necessary casualties.”

Super Dungeon Run was recently voted through on Steam’s popular Greenlight program, so we can expect to see it hit the PC platform sometime in the near future. If you are looking for more information regarding the project, be sure to check out the dedicated website here.