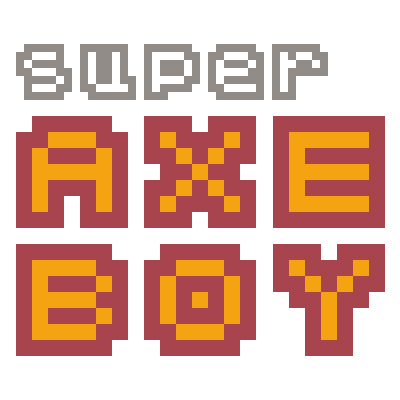 Those of you who entered the gaming world back in the 1980s were here  to witness startling jump from 2D to 3D gameplay. Games like Super Mario Bros., Sonic the Hedgehog, and Mega Man offered up some solid two-dimensional — and oftentimes challenging — entertainment. But the leap to three-dimensional platforming brought a slew of new challenges and allowed developers to add a large layer of depth to previously flat worlds. Take, for example, Super Mario 64, one of the first 3D releases to really explore 3D platforming possibilities. The sometimes-fixed camera angles and the added depth caused a healthy difficulty spike, which helped make Super Mario 64 an instant classic among gamers. Other action-platformers like Banjo-Kazooie, Sonic Adventure, and Donkey Kong 64 saw similar success and helped to usher in a new standard for the genre. Now, in the modern age, German Indie developer Matthias Falk is attempting to revolutionize the genre again with his new hybrid platformer, Super Axe Boy. 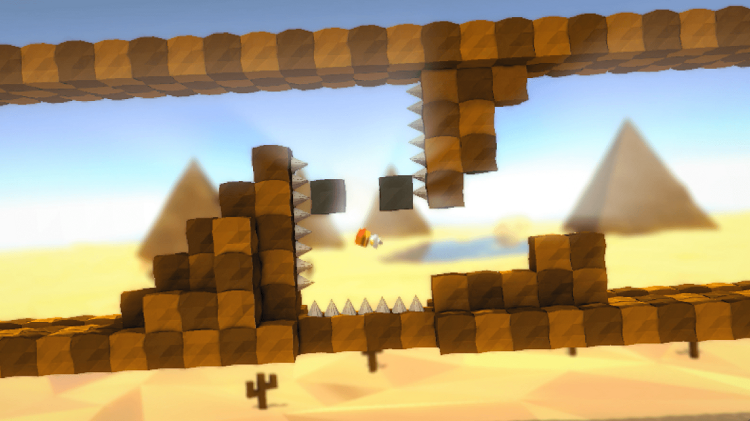 Super Axe Boy is a clever concept that meshes together classic 2D platforming elements with unique 3D gameplay. The finished product plans to seamlessly switch back and forth between dimensions, using fixed camera angles that rotate in and out, to achieve the effect. This switching motion isn’t just a gimmick across each stage, and the camera angle can actually swap multiple times in a given level. This can create quite the challenge, as you’ll be forced to time jumps and judge distance across both views. This will make it much more difficult to “get used to” any given angle, as the gameplay’s constant shifting will change the way the character can move. If done correctly, this could create some very interesting and entertaining level structures. A successful marriage of the elements of  classic platformers of the past and modern practices would be a very welcome addition to the genre.

Although it may seem like Super Axe Boy is simply a mismatch of levels, it actually does follow a storyline, albeit a rather hilarious one. You’ll play as Axe Boy, a humble lumberjack that spends most of his time collecting wood and living a modest life. Everything changes when a scary alien race of beavers, known as Beaverians, invades the Earth. The creatures are intent on opening an intergalactic hamburger franchise, and plan on using humans as meat and free labor. By chance, and maybe some dumb luck, Axe Boy and his sidekick Bebob are the only two humans to escape abduction. Arming himself with an axe – which can be used to destroy obstacles, solve puzzles, and even deflect projectiles — and a pair of jumping boots, Axe Boy sets out on a massive journey that will span a wide array of worlds, filled with crazy challenges and intense boss fights. 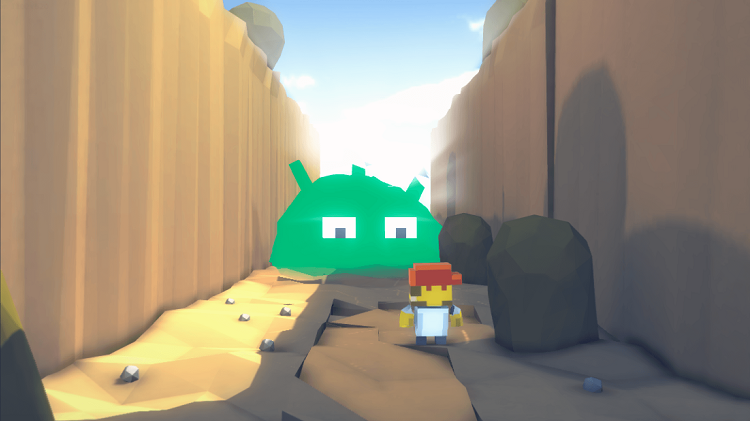 From a graphical standpoint, Super Axe Boy features a mixture of simplistic polygon-like shapes, cast against painted backdrops. In their current form, levels are suspended in mid-air, which helps to showcase the depth when camera angles shift. It will be interesting to see just how graphically-intense the levels will become as the project nears completion. According to Falk, the main components of the game are already wrapped up, including much of the base coding and core gameplay elements. There are still tons of artistic elements that must be created, as well as character and enemy designs. The developer recognizes that this is no simple task and that the push to finish the game would be much easier with some additional funding. Because of this, Falk has turned to Kickstarter in the hopes of gaining enough seed money to really take Super Axe Boy to the next level.

Super Axe Boy is currently under development for PC, Mac, and Linux, but if certain stretch goals are met, the developer plans on unveiling the release for PS4, Xbox One, and Wii-U. Hopefully this title will receive the funding it needs for the developer to truly realize his vision. Matthias Falk isn’t new to the development world, and the creator has already had his hand in multiple projects. One of his recent titles, Super Obstacle Boy, was featured on a variety of leading mobile gaming websites and has been successful in garnering a small but admirable cult following. If you’re interested in helping out the project, be sure to visit the Kickstarter link here. For more information regarding the project, and for updates, be sure to check out the dedicated website here, as well as the Super Axe Boy Youtube channel.