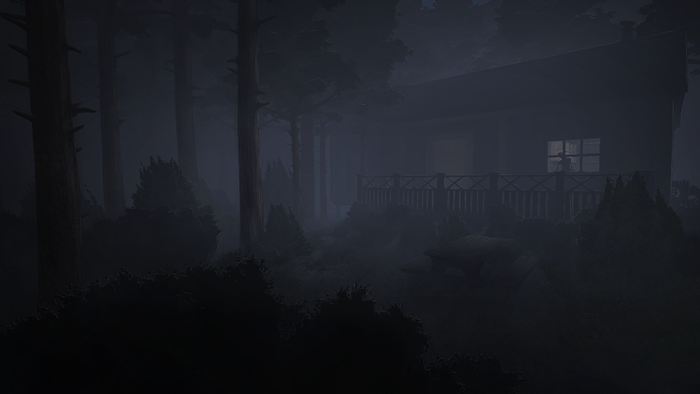 Stairs aims to be a truly horrific first-person experience

Whether or not you like it, the Horror genre has been gaining a lot of steam lately. Movies about the macabre, comics that depict gruesome scenes, and a slew of books, both young and old, filled to the brim with scary imagery and scenarios. In the new age, we’ve seen thousands of terrifying memes, drawn from Creepypasta and Urban Legends alike. The internet has a very dark side, filled with creatures and imaginative creations that will keep you up at night. This recent surge of horror has even slipped into the gaming industry, giving birth to some freaky playthroughs like Amnesia, The Evil Within, Outlast, and Penumbra. Swedish developer GreyLight Entertainment is hopeful to add their upcoming title to this growing list of popular fright fests, while simultaneously giving gamers a truly horrifying and immersive gaming experience. Simply and eerily named, Stairs, has recently made its way to Kickstarter, as developers search for a way to fast track the impending release to the gaming community.

Horror comes in many shapes and sizes. We’re all afraid of something, and those of us that aren’t have yet to come across any experiences which trigger our deepest, primal fears. We all may not directly admit it, but it’s hard to find someone who isn’t the least bit creeped out by the unknown. Whether its complete darkness, an odd looking creature, or unfamiliar surroundings, there are just certain things that make us uneasy. This is the main chunk of Stairs, as players take on the roll of a downtrodden Journalist, one who will do anything to capture an interesting scoop or story. The recent disappearance of three individuals catches the attention of Christopher Adams, and the “investigative reporter” makes his way to seemingly normal location, in an effort to discover information on the absentees. Once he arrives, he finds himself locked in, and met only by a foreboding staircase. The only means of discovery, and escape, is to travel down the dimly lit steps. This beginning comes as an homage by developers to the imaginative and startling world of SCP 087, in which a similar player is met with a seemingly endless staircase and a basement-like world filled with horrors.

The similarities don’t stop there, and they aren’t merely coincidental. In fact, developers have stated that Stairs will draw heavy influence from true stories and Urban Legends that float around the world. To see a creature akin to Slender Man, or a fast moving form that reminds you of The Rake are commonplace in this wild psychological adventure, and certain aspects of the game will even draw from terrifying real-world events like The Donner Party and The Jonestown Massacre. The influences will be used to craft a release that will not only make you jump on occasion, but will give you a serious sense of dysphoria. Those seeking a classic jumpscare, or audio that leaves their hair standing on end should find some great moments in Stairs, but developers are hopeful that the story and experience will leave gamers with a lot to think about and will frighten them more on a mental level. 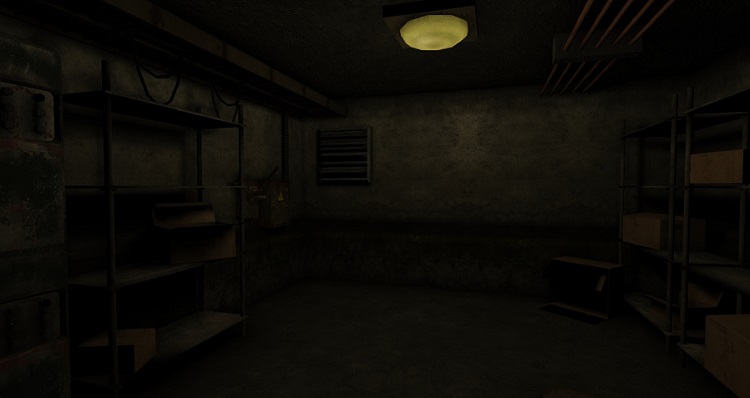 Gameplay for Stairs is very similar to releases like Amnesia, Fatal Frame, and Outlast. Armed with only a few tools, and a severe lack of weapons, you’ll find yourself running, dodging, and hiding from the evil around you. Your trusty handheld camera will assist you in a variety of ways, allowing you to “alter the reality” that you see before you, and to discover clues that are hidden from normal view. Discovering new passageways, unveiling wicked intentions, and revealing information embedded in alternate realty is the key to succeeding. The journey through your camera is enough to completely twist your mind, enveloping you in an alternate world where the creatures of the dark reign supreme. You’ll also have a stationary video camera you can make use of, but developers stressed that using this device isn’t so “clear cut.” Rather than being told exactly where you place the video device, you’ll have to rely on gut instinct, forcing you to examine your surroundings in the hopes of finding a good staging area to capture activity. Your audio recorder works much in the same way, although it is much more compact and will only pick up sound, it is vital to uncovering some of the back story to this release.

GreyLight Entertainment has stated that the game will be completed no matter what happens with their current Kickstarter campaign, but have noted that the money raised will go directly towards paying the salaries for employees. Without this infusion of cash flow, the hard working crew may be forced to work on the game “simply in their free time,” which would in no doubt cause a serious push back for a potential release date. If the Kickstarter is successful, it will allow employees to dedicate their time fully to the project, and we could see Stairs hit store shelves a lot sooner. The project has already been approved by Steam’s popular Greenlight program, and at the time of writing this article, Kickstarter funding sits at approximately 6600 of the 30,000 USD that developers are hoping for. If you’re interested in supporting the release of Stairs, or want some more information regarding the project, be sure to check out the groups official Kickstarter page here. You can also grab a free Alpha version demo from Game Jolt here.