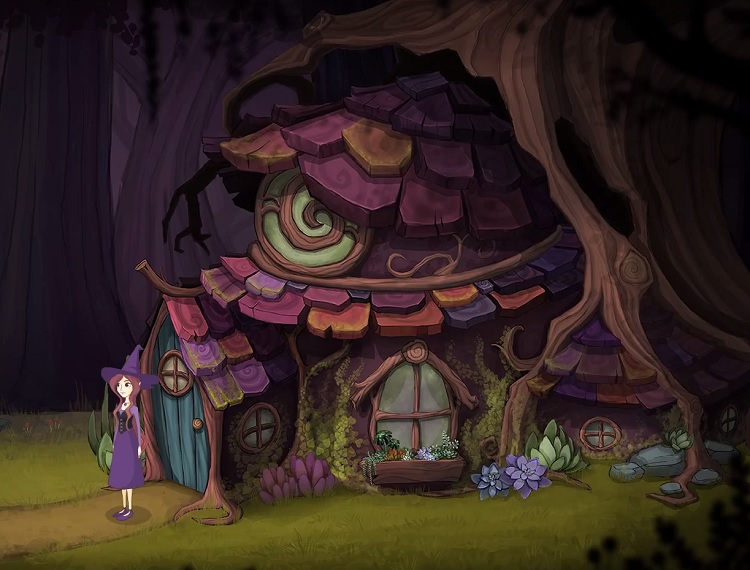 Puzzle games come in all shapes and sizes, but for me, point-and-click adventures have always stood out amongst crowd. Before the massive Indie boom hit the gaming world, there weren’t necessarily a lot of point-and-click adventures hitting the market. Thankfully, with so many different companies and individuals working on releases in the modern age, we’re starting to see a lot more titles come to fruition. It has even allowed some of the more ambitious developers to push the envelope, coming up with new ideas and innovations to help revitalize and reshape the point-and-click genre. Take, for example, Magic Lost, an interesting Indie project with some unique twists.

Magic Lost looks and feels like a retro-styled animated movie, with gorgeous art work and some very imaginative backdrops. The demo, for example, takes place in the home of the young protagonist. Shelves are filled with mystical trinkets, and the entire home boasts a whimsical style. There are many interesting things to look at, and items from past adventures to examine. It’s the perfect setting for a good point-and-click adventure. The overflow of items turns the demo into a “find-it” picture at times, forcing you to sift through baubles and other valuables to move the story forward. The is a ton to look at in Magic Lost, and assuming that the demo is just a small part of the overall adventure, we can expect some truly creative and visually-stunning locations. 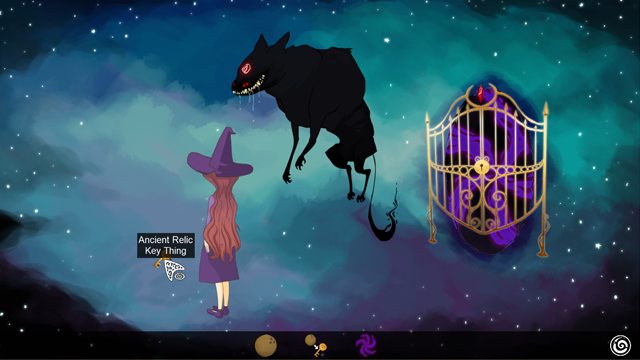 The storyline follows a young witch named Piper, who is voiced by famed actress Danielle Judovits. The character herself can be a little spacey at times, and rather forgetful, which can create some pretty challenging puzzles. There are many instances in which Piper will not be able to recall a certain potion, or will come across a spell that is very vague in instructions. This is where most of the puzzling aspects comes into play for Magic Lost. You’ll be required to craft potions through Alchemy, but don’t expect the title to hold your hand. Ingredients must be placed into a cauldron and “cooked” for a certain amount of time. If you cook an item for too long you’ll burn it, and allowing it to simmer without mixing it properly can cause it to become inert. This can be quite the conundrum later on, as some ingredients will burn and reach optimal temperatures faster than others. You’ll spend a lot of your time at your cauldron, as potions and spells play an integral part in progressing through the story.

Something unique to Magic Lost is combat. This isn’t something we ever consider with point-and-click adventures, but according to the developer, combat can be a very rewarding experience if its added to the genre correctly. Most of the combat will come in the form of wizard battles and boss fights. Completing a boss fight will reward you with new spells to help you on your journey. It will be rather interesting to see exactly how the creators add a cohesive combat system while still maintaining all of the point-and-click elements that gamers love. To further add to title’s overall depth, developers have employed a mechanism that requires you to make a choice for each new spell you gain. For example, you may be required to choose between a fire spell and a water spell after completing a battle. This isn’t like a traditional game where you’ll be able to gain the spell you don’t take at a later time. Whichever you don’t choose will simply cease to exist for the rest of your adventure. This will never impede your progress, but it may cause you to use additional steps to solve puzzles based on the spells you take with you. 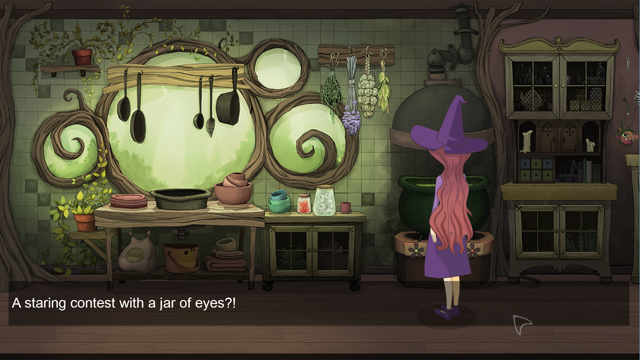 We aren’t entirely sure how big Piper’s adventure will be, and how much content we can expect from the finished release, but the playable demo proves that this title has a ton of potential. Among the beautifully-drawn visuals and energetic dialogue are strong gameplay elements and classic point-and-click tactics that combine to create a very enjoyable adventure. It’s very refreshing to see a developer attempting to reshape a genre, and introduce innovative practices. Magic Lost was seeking funding on Kickstarter, but unfortunately did not receive the backing it was hoping for. Hopefully, this title with lots of potential will still find a way into production so that we may see it sooner rather than later.