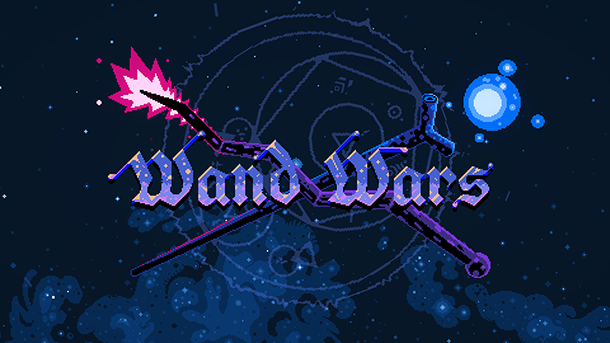 Sling spells and turn your friends into chickens in ‘Wand Wars’

When Harry Potter burst onto the scene back in 1997, it showed us a magical world filled with wizards, mythical beasts, and powerful spells. It taught us to believe in ourselves and to value friendship. Now we have Wand Wars, an indie release from Moonradish Games that will have you questioning your skill level and despising your friends. Wand Wars offers up some rather intense gameplay, making use of flashy spells, unique characters, and a beautifully chaotic art styling. This is the type of game you break out when friends come to visit, the type of game that will make you want to yell and stomp your feet. A small indie affair that can hold the frustration meter up there with the likes of Mario Kart and Rocket League.

All joking aside, Wand Wars features some fantastic yet simplistic gameplay. The main premise of the game revolves around the control of a ball of magical energy. You’ll find yourself zipping back and forth across the gameboard in order to dodge the ever-expanding death orb. Once you get enough practice, or you’re brave enough to try, you can grab the ball right before it strikes you. It is then yours to toss in any direction. The longer a particular match goes on, and the more people that handle the energy, the larger the mass will grow. You’ll need to use strategy and quick reflexes to push the ball towards your enemy. But a simple game of magical 3D Tennis isn’t chaotic enough for Wand Wars. You’ll also gain access to a secondary spell that can be thrown at players. If it strikes them, they are transformed into an adorable chicken, which only possesses the power to cluck and flee in terror. Striking the ball with this secondary spell will slow it down temporarily, which can give you just enough time to escape a potential disaster. As if that wasn’t already enough, random powerups will scatter across the arena from time to time. These powerups unleash devastating spells that are so intense they freeze the game for a few seconds to show off a flashy (but entertaining) animation.

Wand Wars features a single-player campaign that allows you to battle things out with A.I. opponents across a variety of locations. Each character you choose has their own unique backstory to unlock. This is done by blasting your way through a series of unique levels that keep things fresh by twisting and bending certain rules and scenarios. By completing these levels (or playing with friends) you’ll gain experience points which can be used to unlock new playable characters. The local multiplayer offers up five different game modes, and allows you to play with up to four friends simultaneously. You can also fill in any missing slots with A.I. opponents, but don’t expect them to back you up as well as a human would in some of the more strategic game modes. The basic game type has you slinging the ball around an arena in a free-for-all scenario. Another game mode is played much like soccer, in which teams of two must score goals with the energy ball while guarding their own. Some of the levels themselves even add small twists into the fray, like walls which form to shrink and complicate the battlefield.

The experience is made much better by an endearing art aesthetic. The characters are very quirky, each with their own unique style and flair. The game is played in a top-down view and developers took advantage of this camera angle by offering beautifully-crafted backgrounds with heavy magic overtones. The title offers a lot in terms of audibles too. The sound effects are very well done, and the soundtrack features some great musical scores. Hard beats, synthesized sounds, and a high tempo make you want to sling yourself head first into battle. It fits the magical theme very well, and developers did a great job tying all of the artistic elements together.

Wand Wars is a fantastic local multiplayer game, and offers enough entertainment value against A.I. opponents to provide a solid amount of replayability. With added depth in a single-player campaign, and chaotic, engaging gameplay, it’s easily worth the fairly-low price tag. If you’re interested in getting more information regarding Wand Wars, be sure to check out the dedicated website here. You can pick the game up right now on Steam. For more information about Moonradish Games, head over to the developer’s website. You can also follow them on Twitter, Facebook, and Tumblr.