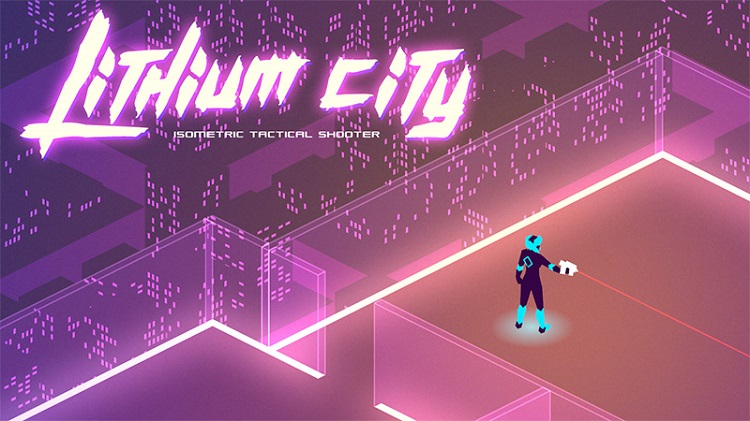 I remember the first time I loaded up Hotline Miami.

I had played isometric-style shooters before, but there was something overwhelmingly chaotic about the ’80s vibe and slaughterhouse 2D visuals. It was the type of indie release that instantly sticks with you. Since then, I’ve experienced some rather entertaining and engaging top-down shooters, but I have yet to find one that impresses me as much as Hotline Miami. That is, until I took a first look at an upcoming project from developer Nico Tuason. Lithium City has the visual potential, gameplay mechanics, and overabundance of neon lighting to be the next-best thing in isometric shooters.

If the name Nico Tuason sounds familiar, it’s because the developer is the mastermind behind the popular flash title Dojo of Death. Lithium City is a much more ambitious project, and the upgrade in artistry really shines through. Upon first glance, the world of Lithium City looks like nothing more than an array of intersecting neon lines. Closer inspection reveals the complex floor plans of a skyscraper, complete with transparent walls and winding pathways. Beyond that is a stunning background filled to the brim with bright lights and towering buildings. One could argue that the visuals are overly simplistic, but the clean lines and lustrous neon colors bring a lot of graphical beauty to the release without overcrowding the action. Past the basic eye-candy lies a series of enemy models and a main character design that fit the futuristic Tron-inspired setting quite well. Slick animations and the shard-filled explosions of defeated enemies tie up this wonderful visual adventure with a neat little bow.

Everyone knows it takes a lot more than visuals alone to make an isometric shooter into an indie classic. Gameplay is a very important element to the formula, as it needs to flow smoothly and be engaging enough to keep you craving more. Lithium City has the potential to encompass all of these gameplay mechanics. You’ll play as an expertly-trained female hero, sent to scale the seemingly endless floors of an imposing skyscraper. The end of the journey houses the heart of the city, a crucial stage that you must infiltrate to achieve total victory. Along the way, you’ll find yourself faced with hordes of benevolent battle droids. Armed to the teeth, you’ll use SMGs, pistols, katanas, your bare fists, and a variety of other weapons to dispose of your enemies. You’ll need to keep your wits about you, attacking baddies in a tactical manner and using the twists and turns of each level to gain the upper hand. Thanks to her overly acrobatic nature, our heroine is also capable of swift combat rolls and slow-motion dashes. Since the playing field is transparent, you’re free to analyze the movement of your foes and create a cohesive plan of attack before engaging. Super-heated bullets give you an edge as they shred through glass panels and metal.

It will be interesting to see just how lengthy Lithium City is, and how much effort it will take to reach the end of the journey. We do know that procedural levels will offer up great replayability as each level will consistently change to offer new challenges for each playthrough. The developer plans to release Lithium City sometime in Q3, so we should see it before fall and winter set in. The project has already been greenlit by a welcoming Steam community, so you’ll be able to purchase the title via Steam, once it releases.