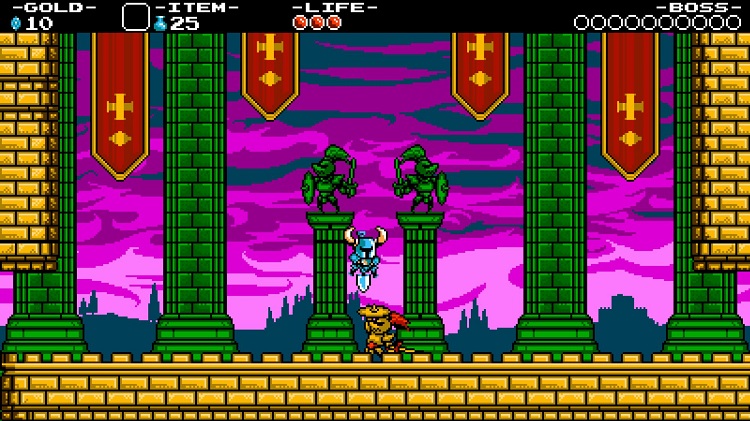 A small development group by the name of Yacht Club Games is hoping to shake up the world of modern indie releases with their homage to retro side-scrolling. Back on April 13th, 2013, the group successfully funded Shovel Knight through Kickstarter, managing to scrounge up $311,502 (they only needed $75,000) for their project. The impressive injection of funds has allowed the group to fast track their vision (although there were some delays), slating Shovel Knight for release on June 26th of this year.

For those of you unfamiliar with the title, Shovel Knight follows a heroic banneret on his journey to defeat an evil enchantress and rescue his beloved. Along his adventure, Shovel Knight will uncover relics, battle fierce enemies, defeat stalwart bosses, and reveal countless secrets. His trusty shovel, which has a variety of battle worthy and useful skills, will aid you in your difficult campaign.

The release is modeled in true 8-bit fashion, borrowing a lot of retro elements from some very historic platformers of past. The predictable yet formidable enemies, paired with a slew of distinct bosses, is very reminiscent of the Mega Man series. The movement and combat elements are even comparable to the “Blue Bomber,” although the comedic way in which Shovel Knight jogs around is similar to Arthur from Ghosts and Goblins. Developers even borrowed an element from the cult classic Ducktales, showcased when Shovel Knight bounces on his shovel like a pogo stick, using it to thwart enemies and reach higher ground. 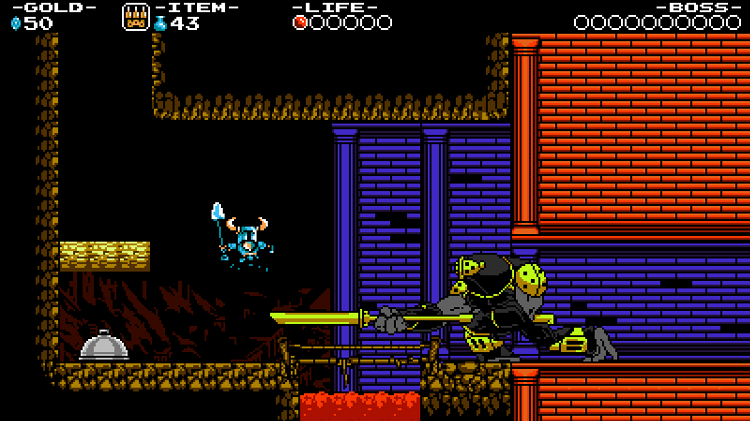 The title is an 80’s graphical masterpiece, fitting right along side the games of yesteryear and opening a welcome window to the past. Even the music is “chiptuned,” offering up scores from Jake Kaufman, who manages to capture the same retro essence that made the Mega Man soundtracks of olde such a success. The video above displays the finished product, an excellent blend of musical components and old school gameplay that would make any gamer swell with nostalgic pride.

Yacht Club Games managed to reach a variety of stretch goals for Shovel Knight, and as a product have added a lot of extra content to the release over the last development year. A variety of playables were added, including a challenge section, boss rush, and a 4-player battle mode. Developers even added three new playable characters, allowing you to take control of three different “boss knights,” each with their own special skills and abilities. They even unveiled a New Game+, which will let you continue your adventure, vying for a high score in true retro fashion.

The best news is that even with all of the new content, Yacht Club Games is keeping Shovel Knight at a low price point. For $10 you can grab a copy on PC, Mac, or Linux, complete with Steam keys. Those of you looking for something more portable can toss in $15 to unlock Shovel Knight on Nintendo’s Wii-U or 3DS. Unfortunately, nothing seems planned for release on larger consoles like the PS4 or Xbox One, at least not at release.