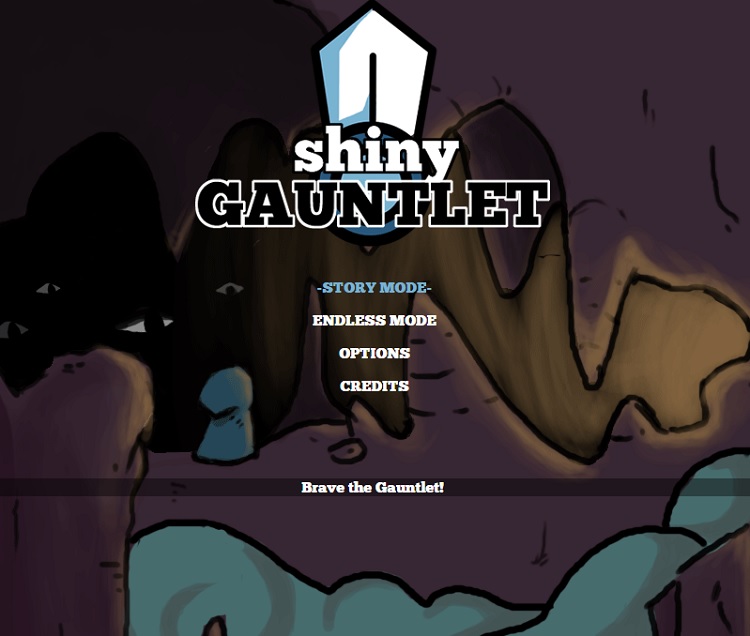 As a community, sometimes we forget to thank the gaming deities for the bountiful feast of games we enjoy in the modern age. Since the gaming boom of the 80s, the interactive entertainment market has grown to offer a veritable smorgasbord of titles. These games used to come from larger companies, with teams dedicated to working on specific aspects of each release. With a large group of designers and countless resources at their disposal, companies would crank out a steady flow of games each year. Fast-forward to the “indie age,” and we’re seeing games steadily pour in from sources large and small, from all parts of the globe. With the introduction of useful software and game engines, individuals and small teams are able to bring their creations to life no matter their budget or prior design knowledge.

Case in point: Spritewrench, a Jamaican indie company run by developer Glen Henry. His latest creation is Shiny Gauntlet, a 2D class-based rogue-like dungeon crawler. Shiny Gauntlet brings a lot of indie charm to the table, mixing colorful artistry with fast-paced and entertaining gameplay. Audio is a big part of what makes this release such an exciting affair. From the moment you start it up, your ears are filled with a unique and endearing soundtrack. The title screen captures an ominous scene, showcasing a hero as he stands before piercing eyes swathed in darkness. The audio track here is whimsical, with a touch of mystery added, and it really helps to set the tone that you’re fixing to embark on an adventure into the unknown. 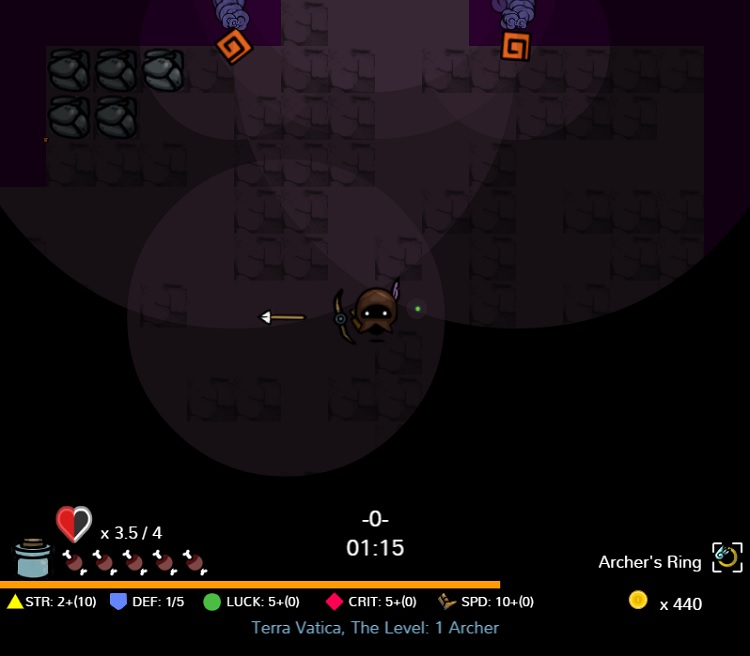 From an artistic standpoint, Shiny Gauntlet is ahead of the curve. The characters and environments — while simplistic — exude a solid amount of detail, creativity, and imagination. The overall game view is a fixed top-down camera angle that allows for easy tracking and striking in all directions. This works well with the gameplay and is rather comfortable for the control scheme. Shiny Gauntlet drops the mouse in favor of a control set that solely utilizes the keyboard. You’ll use the WADS keys to move your character around, while the arrow keys are used to strike in a particular direction (up, down, left, or right). The spacebar lets you activate your characters special ability, and the Q key is dedicated to picking up items and food.

The core gameplay elements are on par with other dungeon crawlers, but that doesn’t mean that Shiny Gauntlet lacks its own identity. The uniqueness comes in the form of character choices and progression. At the start, you’ll choose from one of five different heroes:

Marie Cett, part of the Mage class, has a lower strength stat, but excels at critical strikes against enemies. Her special skill, called Cardinal Magic, fires a blast of energy that can cause massive damage.

Next is Sam Bliss, a Warrior with a boost to health and strength. His ability, called Armor Up!, adds a boost to defense and allows him to take more hits before succumbing to defeat.

Han Afua is a Priest that wields a staff and has a fairly well-rounded stat line. The priest’s skill is very useful. Be Healed! allows you to gain health back, and the spell grows stronger as you level up. The trade off is a smaller health pool, but it grows larger as you gain experience.

Vidal Hines has the largest starting-critical pool, as any Thief should. The Vanish skill allows you to cloak yourself, hiding from enemies for a short period of time as you move into a flanking position. The first strike out of cloak always guarantees a critical hit, making Vidal a formidable foe against stronger enemies.

Last but not least is Terra Vatica, the Archer. This speedy specialist comes equipped with a skill called Haste, which allows her to multiply her speed stat for a short duration of time. She may not hit the hardest in the group, but she is easily the most mobile character, making her an asset against enemies that fire a lot of projectiles. Terra does have a significant advantage, since she is one of the only ranged characters and her arrows produce a small amount of light when shot. 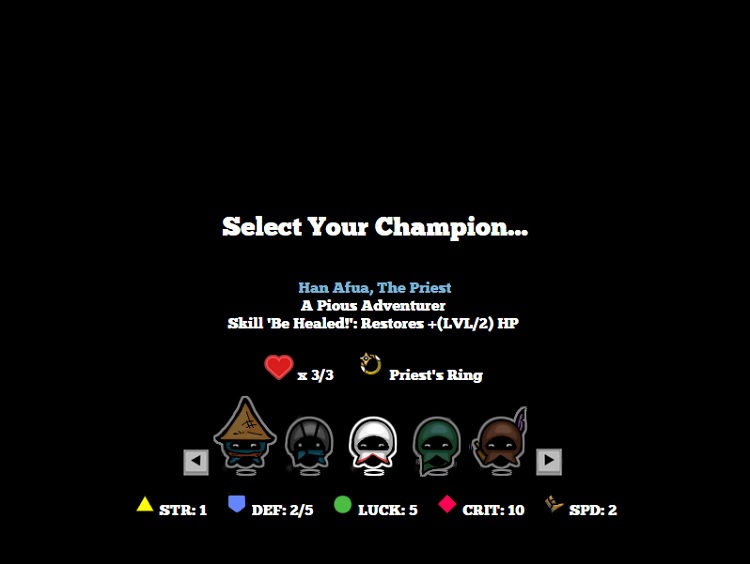 As you progress through each room and delve further into the dungeon, you’ll collect experience and equipment. Experience points will accumulate on a bar, leveling your character up when the bar is filled. A level up will give you extra stats and health points. You’ll also find new weapons and rings, which can upgrade your stats. On top of that, certain enemy drops and environmental creatures can be consumed to give you a temporary stat boost. These magical items can also be bottled and then consumed later on. Food and health have no correlation with one another, but a handy “hunger bar” shows you when a particular food buff may be ending.

Shiny Gauntlet is a great addition to the indie gaming world, and you can tell that the developer is working hard to bring the community a game that is as entertaining to play as it is to look at. After delving 15 floors in, I can tell you that the environmental changes and the vast array of enemy types is both refreshing and enthralling. I was a little put off by the odd lighting changes (or lack thereof) in some rooms, but it may be a purposeful tactic to make gameplay more challenging.

Spritewrench’s Shiny Gauntlet is currently seeking a go-ahead from the popular Steam Greenlight program, and you can help by heading on over and voting it through. If you’re curious about more information regarding Shiny Gauntlet, or want to play a demo of the game yourself, be sure to check out the developer’s website here.