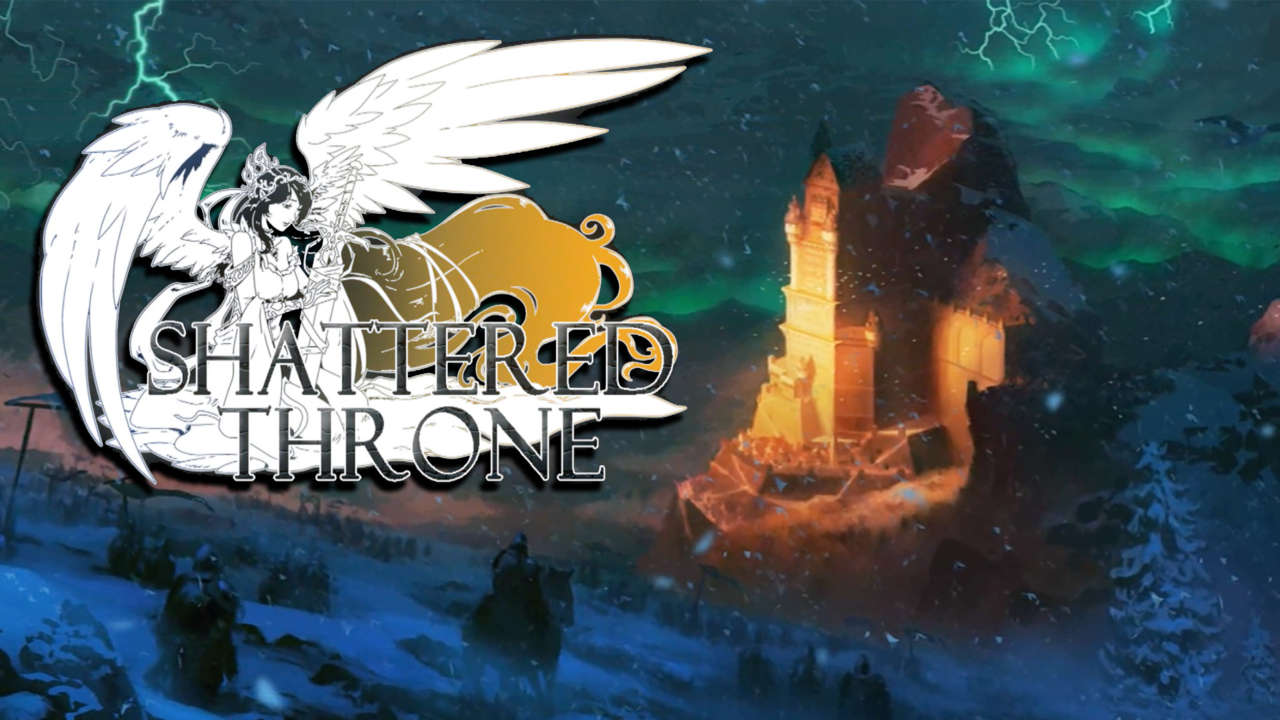 ‘Shattered Throne’ is an unknown yet entertaining turn-based affair

The good thing about crafting games in the modern era is that pretty much anyone can do it. There are so many free tools, engines, and tutorials available to the general public. This is great for indie developers and those of us looking to cash in on our passions. Unfortunately, the current development process isn’t without flaw. Even with an abundance of easy-to-use programs, it can be downright difficult to market your game. Shattered Throne is a prime example of this. With a massive amount of indie titles being released each day, Shattered Throne has all but fallen into obscurity, which is a shame considering its solid gameplay mechanics. Developer Checkmark Games quietly pushed their release into early access all the way back in June of 2016. Without much PR, it’s easy to see why this game seemingly flew under the radar.

Thanks to Steam, we’re able to get a hold of this underrated title, which looks and feels a lot like Advance Wars. The simplistic graphics may not appeal to some, as they don’t carry the same detail that we’ve seen in recent turn-based strategy games. Shattered Throne also features some hand-drawn portraiture which looks a little out of place against the NES-like visuals. Past that, the simplicity is rather charming. Small pixelated units clash across a 2D map in top-down view. There isn’t much in terms of animations, as characters will move rather swiftly to a chosen location and aren’t very flashy with the manner in which they attack. Still, the combination of stiff movement, perfectly pixelated units, and wonderfully colorful environments crafts a turn-based affair that is reminiscent of SNES RPG adventures. 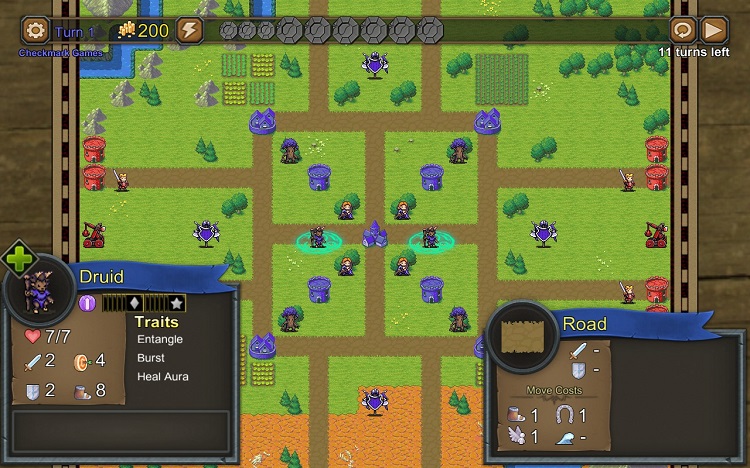 Past the retro-inspired eye candy lies solid gameplay mechanics. Shattered Throne plays out like a massive game of pixelated chess. You’ll need to study all of your strengths and weaknesses, ensuring you know exactly what each one of your units is capable of. Likewise, you’ll need to study your enemy. Just like any other traditional turn-based strategy game, certain units excel against specific enemy types. Learning where and when to deploy these units is the key to victory. Shattered Throne also features a combo system that allows you to do higher damage to an enemy which you attack successively. This makes it easier to gang up on stronger units, eliminating them from the battlefield quickly. Those of you unfamiliar with turn-based strategy will find an unlimited undo button, which you can use to cancel an attack. This can help you discover which moves will benefit you the most and is a nice little learning tool. Characters which excel in combat receive experience points, which can turn them into much stronger units. Eventually, you will amass an army that is truly impressive.

Shattered Throne features three distinct army types, each with their own particular play style. You’ll also pick a general from an abundance of different character types, each with their own unique abilities and powers. Villages can be upgraded to unlock special units, powerful effects, and increase funds to hire better military. You’ll encounter all of this throughout a sprawling campaign, filled with A.I. opponents and various maps. Those of you looking to take your skills online can do so via asynchronous multiplayer matches. Shattered Throne also features Steam Workshop support and comes with a handy tool that will allow you to create and share your own in-game map designs.

The only downside for Shattered Throne seems to be the lack of a difficulty scale. Those of you who live and bleed turn-based strategy games may not find much to stand in your way. Thankfully, the addition of multiplayer allows you to seek out challenging foes from across the globe. The addition of workshop support and multiplayer action adds a nice layer of replayability to an already entertaining release.

If you’re interested in getting your hands on Shattered Throne, you can become part of the early access crew for $9.99. Developers have been steadily cranking out new content patches and game balancing fixes on a regular basis, which should make the decision to buy into early access a little bit easier. For more information regarding Shattered Throne, be sure to check out the dedicated website here. Hopefully we will see more turn-based projects from Checkmark Games in the future, as the developer seems to have a knack for solid gameplay mechanics and the genre.