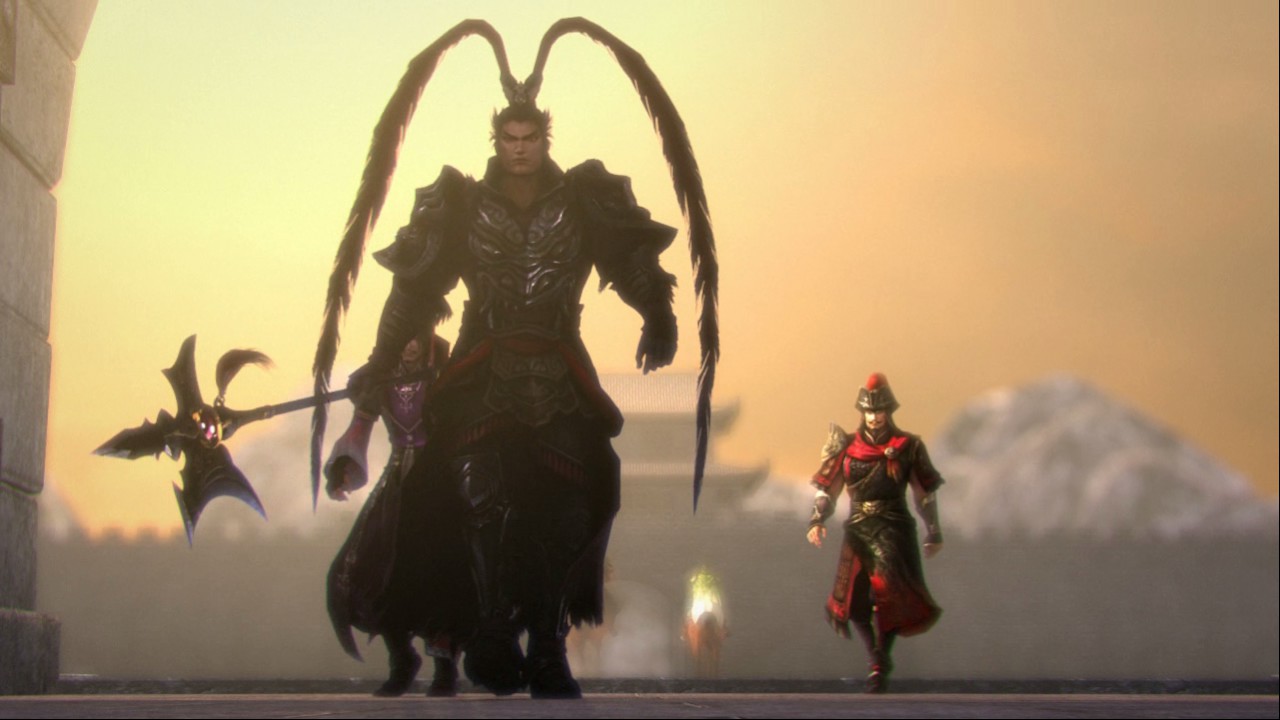 I thought I was done with the Dynasty Warriors franchise with Dynasty Warriors 4. Yet somehow the prospect of re-assuming the role of an ancient Chinese general in Dynasty Warriors 8: Xtreme Legends and single-handedly demolishing entire armies was too great to resist. I’ve been out of the series for a while, but what I found in the latest edition by Tecmo Koei surprised me in a very good way. 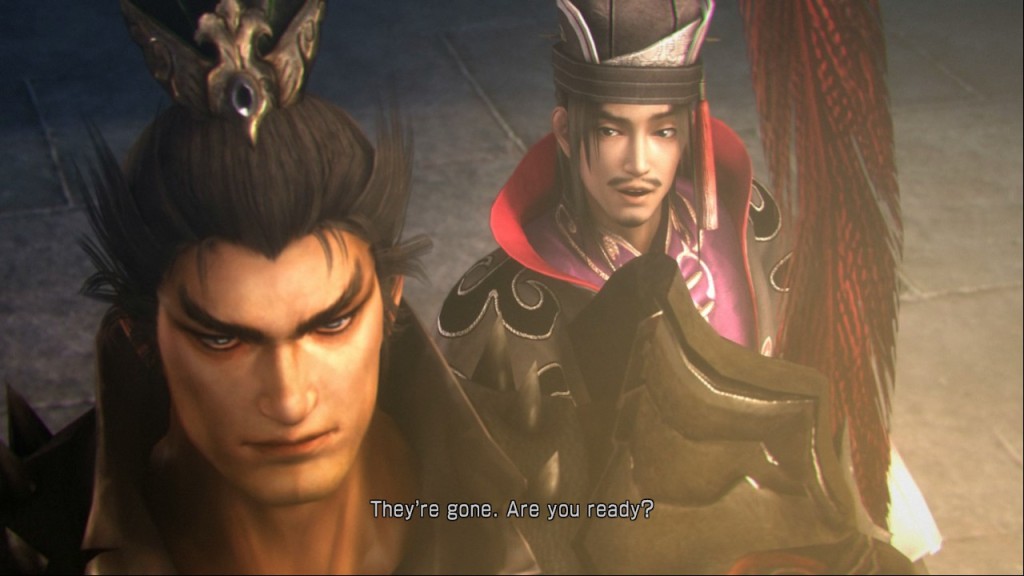 To those unfamiliar with the franchise (there probably aren’t too many anymore) you play as an officer of one of three factions in an era of China’s history known as the Three Kingdoms Period—following the fall of the Han Dynasty: the Wu, Shu, and Wei. Now, when I say “play”, I mean “carve swathes through literally dozens of soldiers at a time as you complete missions that bring your warlords closer to victory”. By the end of each stage, it is not unheard of to have racked up a kill count in the thousands. By yourself. All in the name of your Lord and kingdom. In this sense, nothing has changed in this iteration over its predecessors, but there are several improvements to the game that veterans and newcomers alike will appreciate while playing the newest edition of one of the most over-told historical operas.

The story mode of Dynasty Warriors 8: Xtreme Legends plays very simply: running/riding from tactical point A to B in a string of historic battles while pressing two attack buttons in combinations to unleash moves that the poor enemy soldiers have no chance to defend against. You will see dozens of enemies swarming you onscreen in one moment before sweeping them away in the blink of an eye with a Musou (special) attack.  The game controls are tight, responsive, and match the speed at which your warrior blurs across the screen, ending lives in awesome displays of supernatural power that would make most X-Men jealous. Not much change here from any other Dynasty Warriors, but one can only change the hack-and-slash genre so much. 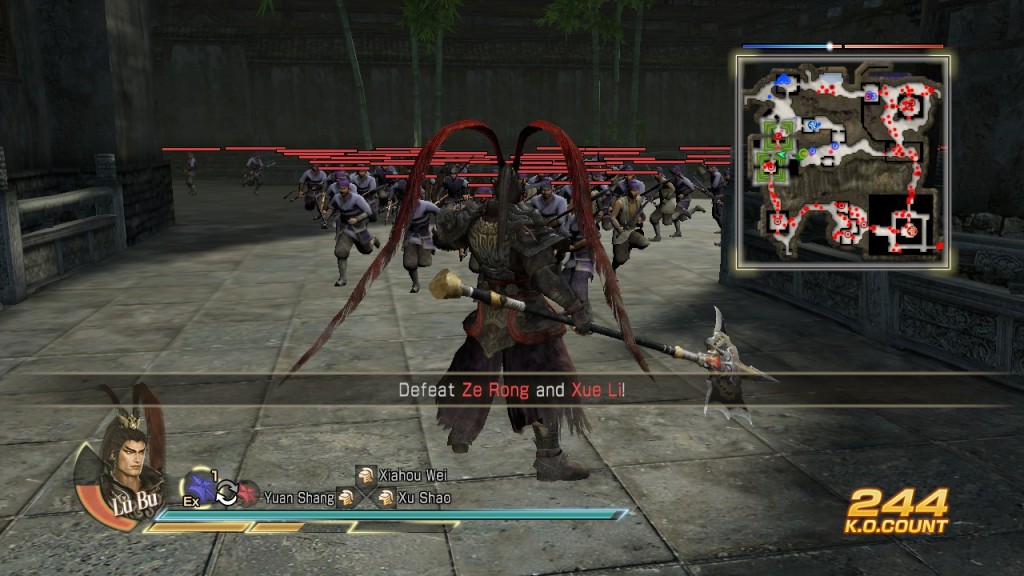 A newer feature to the franchise is the weapon inventory system, which was introduced in Dynasty Warriors 7. Unlike previous Dynasty Warriors titles in which the player was forced to play through entire campaigns with a single character/weapon at a time, this new system allows for the player to equip any two of their favorite weapons to their  characters. While each character has their own “specialty” weapon, the flexibility offered by switching weapons and movesets on the fly allows for a more varied style of play; something that was often lacking in the previous installments. The same can be said for the character selection in the story mode. Instead of selecting a single officer to play the entirety of the campaign, you are given a small pool to select from before each stage begins. Skills, weapons, and experience are shared, thus enabling you to jump into a new character easily and continue your rampage across ancient China.

In addition to being able to select different weapons for your heroes, Tecmo Koei also ingeniously added the ability to call for a horse without the need for finding/earning the item as in previous incarnations. Before, when you were in a scenario in which you were required to run across the map in order to save your lord from an ambush, going on foot was perhaps the most aggravating aspect of Dynasty Warriors. Now, a simple press of a button has your officer whistle for his/her steed and allow you to reach your destination much more quickly. It’s a small, but awesome improvement to the gameplay that will be likely go unnoticed by newcomers to the series.

DW8:XL also features a mode of play called Ambition Mode, which places you in charge of a modest province during the Warring States Period and tasks you with creating a powerful and glorious kingdom strong enough to unify the land. By gathering and spending resources to develop your fledgling nation’s infrastructure, you eventually expand into other regions. In essence, the mode combines the mindless fun of the traditional game and some of the simpler nation-building aspects of Dynasty Warriors: Empires, a wholly different logistical beast of a game.

Free Mode, like all of the previous incarnations of Dynasty Warriors,  makes a comeback in which the players jump into any scenario with whomever they like and for those few who enjoy online ranking systems, Challenge Mode offers five different trials such as speed runs and king-of-the-hill, which adds a little more variety to the gameplay.

In comparison to its previous installments, DW8:XL contains more fully voiced cut-scenes, which is both very good…and very bad. While the scenes serve to move the plot along and better flesh out character relationships, the cringe-worthy dialogue and body language that is uniquely Dynasty Warriors frankly made screen-capping the awkward moments a guilty pleasure of mine. 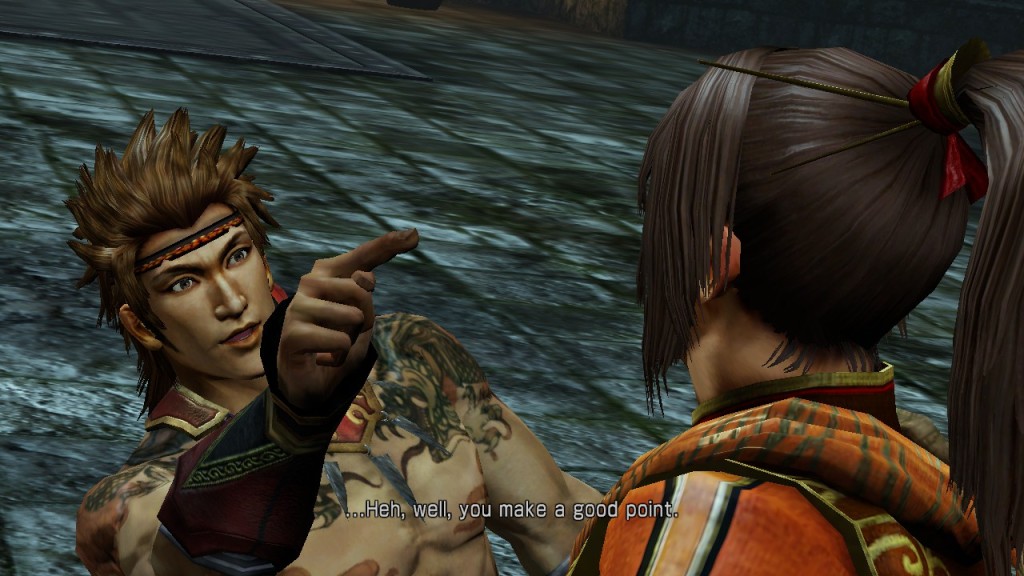 That being said, the environments are beautiful backdrops for the chaotic fighting. Ranging from the arid deserts of Manchuria during the Yellow Turban Rebellion, sprawling fortresses such as Xiapi and the verdant mountain ranges of western China, it’s sad how easily it all is to tune out amidst all the hack-and-slash action.

As far as story goes, I was actually pleasantly surprised to see a greater effort on Tecmo Koei’s part to follow historical accounts and The Romance of the Three Kingdoms. In the previous installments, each story mode ended with your faction unifying China with each of its officers surviving the war and all happily prancing back home. But not every character storyline has a happy ending. For example, DW8:XL features Lu Bu’s campaign in which despite being the most powerful warrior in the land, he is tactically outmaneuvered time and again before being captured and killed by Cao Cao. Speaking of Cao Cao (correctly spoken as Tzao-Tzao, not Cow-Cow), name pronunciation has also vastly improved since Dynasty Warriors 4. Granted, the franchise has always been a ported and dubbed hack-and-slash. But the way characters now call each other in-game appeals to history aficionados such as myself.  Perhaps I’m just a stickler for historical and linguistic accuracy, but the attempt by Tecmo Koei was—in my opinion—a good move on their part. 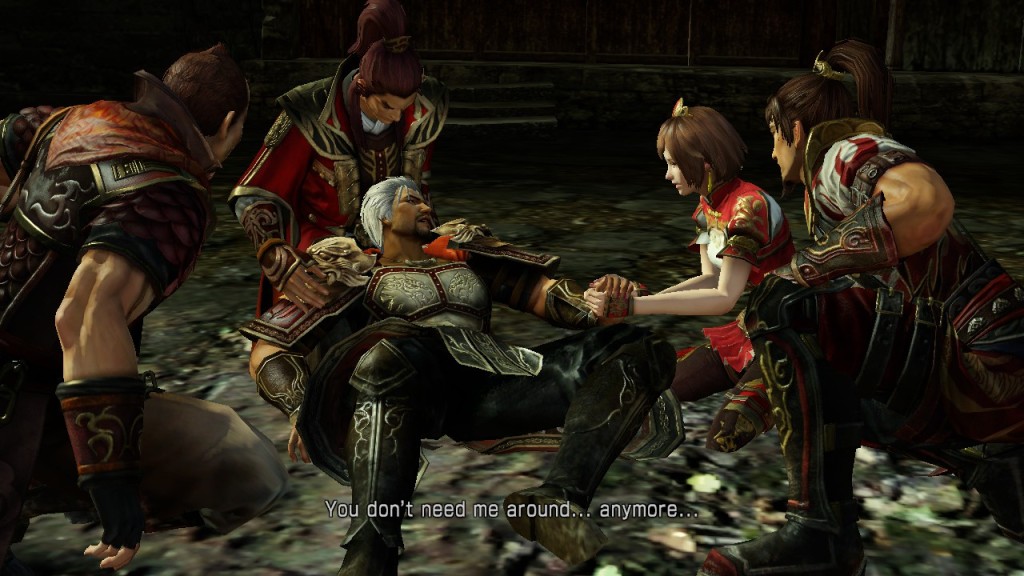 Overall, Dynasty Warriors 8: Xtreme Legends, is the latest of the hack-and-slash over-the-top action series that is at this point, almost as old as the Han Dynasty itself. Available for Playstation 3/Vita, Playstation 4, and PC, tt features the same repetitive play and awkward voice acting of all of its predecessors with additional minor improvements. While the revamped weapon and skill systems, ability to summon your horse wherever you need to go, and improved story-line makes this edition of Dynasty Warriors the best to date, it is not necessarily worth the full retail price of today’s gaming; especially if the consumer already posses last year’s Dynasty Warriors 8. But, to those that waited for the inevitable re-release and those new to the series and curious to experience the feeling of being a one-man army, Dynasty Warriors 8: Xtreme Legends will not disappoint you.