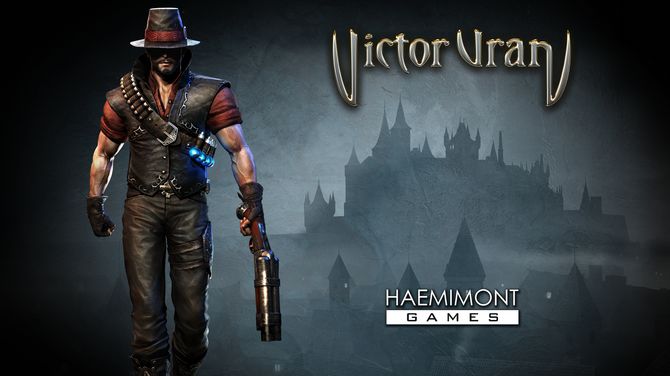 I spent hundreds upon hundreds of hours in Diablo II leveling my characters. Painstakingly farming up better gear, learning new abilities, all that business. While the game remains one of the greatest action games to date, There’s a certain appeal to a simpler action experience—especially one that still allows you to play the way you want to play. For this, you need Victor Vran. 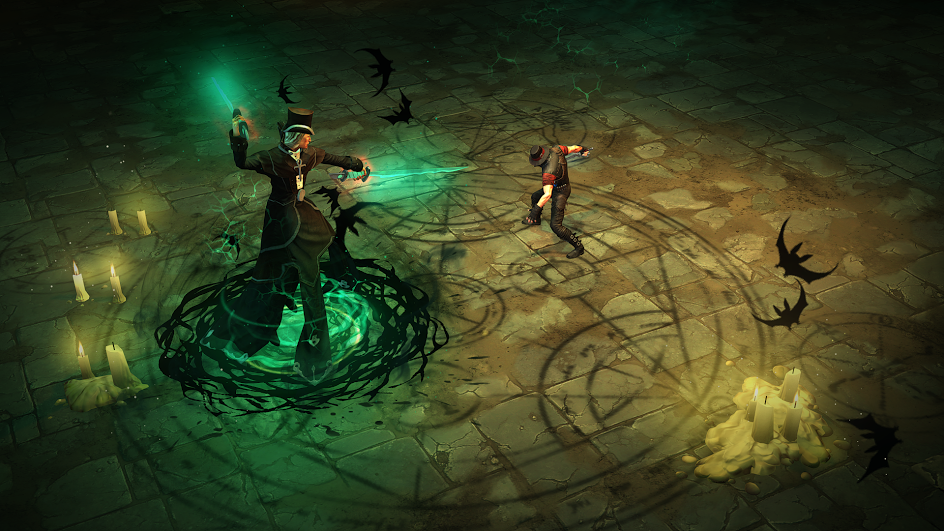 The devs want players to be able to “forge their own experience”, but seem to be doing it in a surprisingly accessible manner. The Diablo II comparison is apt here—D2 was a great experience, but caters to the more hardcore player. The customization level is high: with different skill trees to pick from that can drastically alter your play style. The game also had a higher barrier of entry, it was simple to ruin a character by failing to distribute stats, for instance (I never gave myself enough vitality for late-game play). 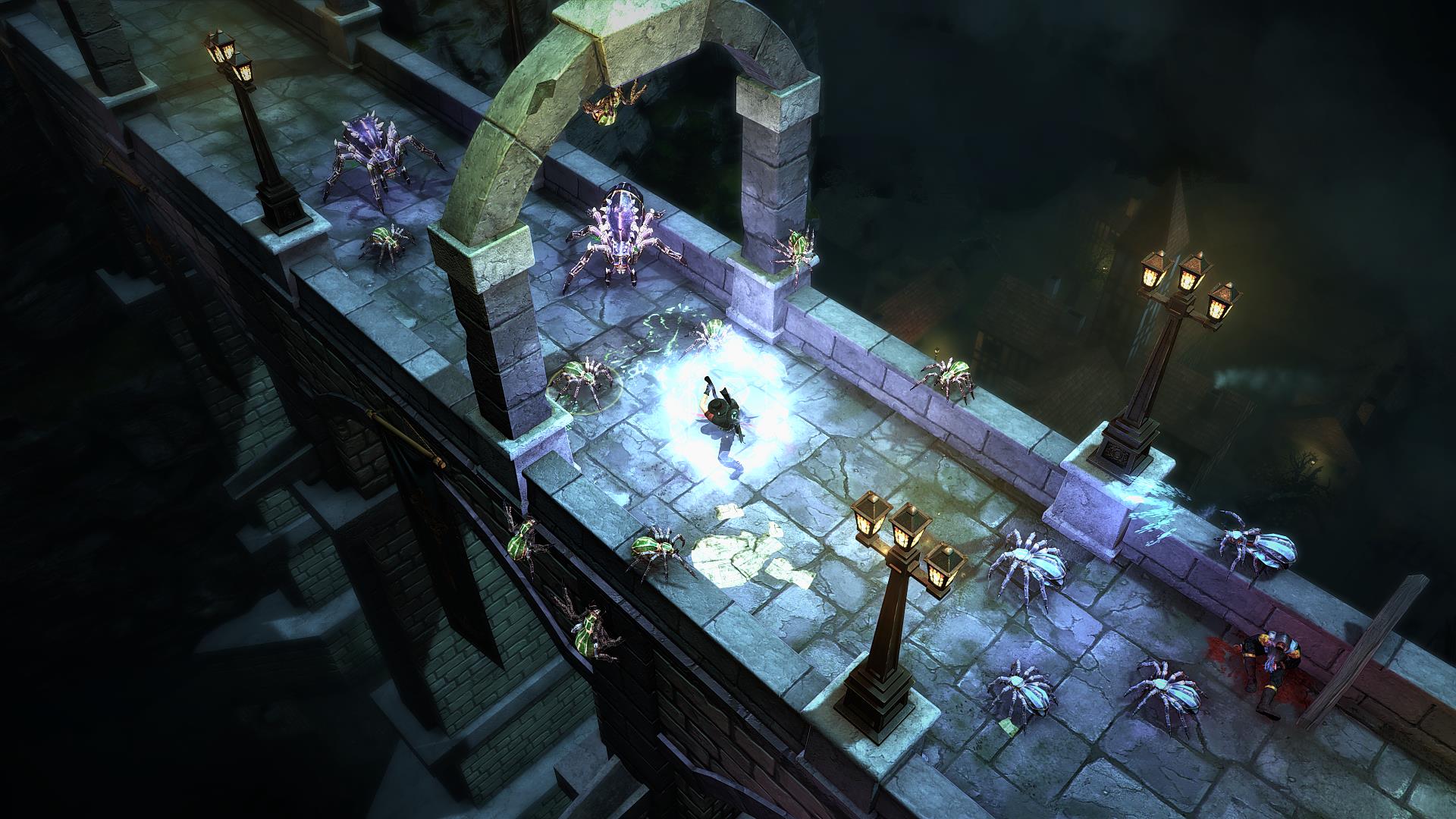 Victor Vran stands opposed in that regard. As you level up, you become more effective in combat, but your core abilities are determined by your current equipment and not from permanently dedicated points. Want to change your base abilities? Equip a different weapon (each has two special attacks in addition to a basic attack). Prefer resilience over damage? Change your passive abilities by equipping new destiny cards. It’s easy to alter the character to your play style or mood.

Swords offer fairly quick low-damage attacks at close range, and can also strike multiple enemies with clever positioning. The basic attack has a chance to increase an enemy’s vulnerability, as well. Swords feature a high-damage strike, as well as an attack that can temporarily daze enemies. Hammers are much slower, but do significantly more damage per hit than swords. You can charge a very high damage attack, or leap into the air and slam down for area-of-effect damage that can also steal health.

Rapiers can deal heavy damage to a single target with a series of stabs, or charge forward to damage many enemies with a long cooldown. The Coup de Grace ability is a single high-damage hit that, if it kills an enemy, resets the cooldown of the charge. Shotguns allow you to deal damage at high range, supported by a shot that does extra damage with a cooldown that resets whenever an enemy is killed. or a wide-angle cone shot that hits multiple enemies and temporarily boosts your speed. 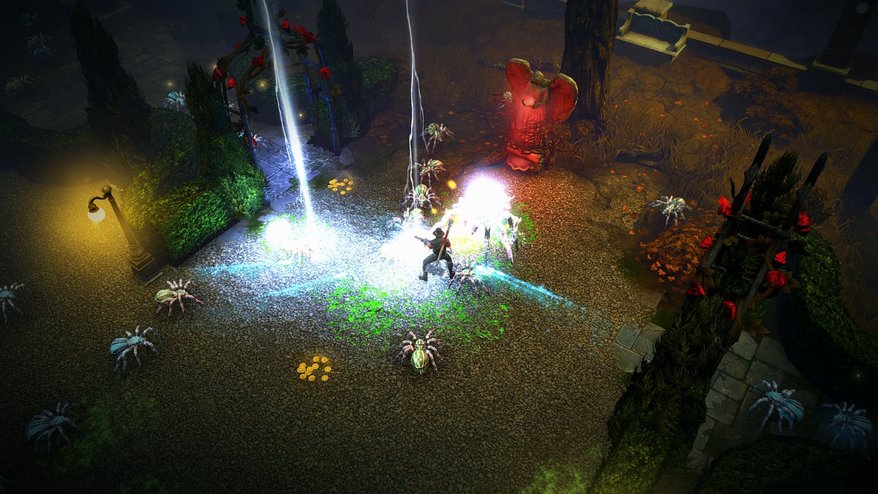 Rare weapons  feature a similar procedural generation model to other lootfest games. Weapons can deal extra damage, stun enemies, trigger additional gold or item drops, and plenty of others. You’ll amass quite a collection of weapons to choose from (seriously, the inventory limits are…astronomical), so you’ll always have options if one method of attack doesn’t seem to be working, and early on you’ll unlock the ability to have two weapons equipped at once that you can quickly switch between. More weapon types are being added regularly with each content update.

You’ll also find Destiny Cards, which can boost various aspects of your performance: extra health, passive life steal, or extra armor piercing, for example. More powerful cards require more Destiny points, which increase as you level up. As you attack you build up Overdrive, which fuels special Demon powers that function as powerful damage dealers or protective spells—rain meteors down on enemies, put up impenetrable shields, pull enemies close and stun them for easy execution, there are plenty of options here, as well. Outfits also alter your abilities and are fully represented on your character—so you can also change your appearance, should you desire. You’ll round out your abilities with a variety of consumable items for emergencies.

In my experience so far, the weapons appear to have some possible balance issues. In the early available levels, the shotguns clearly outclass other weapons, as it can easily kill in a single use of the Aimed Shot ability, which resets its own cooldown and can totally shred all but the thickest crowds of enemies. It’s too early to tell how this particular weapon system will affect the overall progression of the game. Having access to a limited set of abilities for each weapon could easily grow stale over time.

The game is definitely in an early form—there’s little more than a few lines of text in the way of story, so the jury remains out on how that will be. Victor Vran himself is a pretty stereotypical entity—square jaw, hidden eyes, thick stubble, that sort of thing. It’s hard to imagine the game being more than a generic monster/demon hunting romp through a threatened Victorian-era kingdom that is, for whatever reason, filled with spiders and skeletons.

Still, as it stands, the game just feels good. It’s quick and responsive, and you feel simultaneously super powerful (I’ve gone on some impressive rampages through hordes of spiders), but tougher enemies or a lapse in judgment can quickly drop your health if you don’t pay attention. Loot is fairly abundant, and finding a new weapon type is always nice for experimenting with synergies or new play styles. 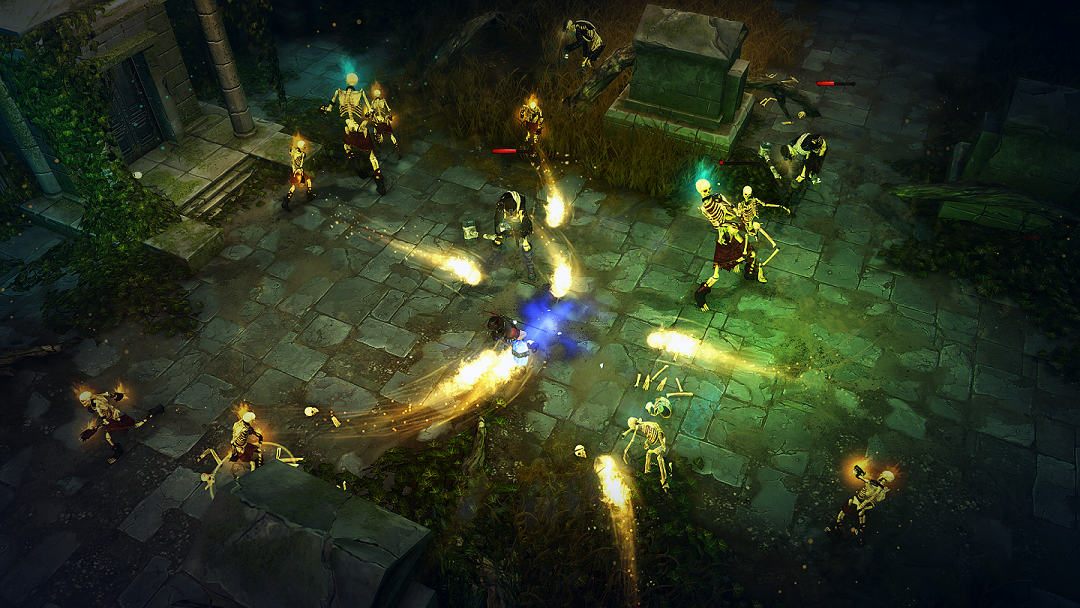 It helps that the games visuals are pretty good, as well. Animations are a little janky, and there’s a lot of placeholder art at the moment, but the game doesn’t disappoint in presentation, though the UI needs some tuning, especially when you use a controller over the mouse and keyboard. Gamepad inclusion is a great feature for this sort of game, but it’s execution is still in its youth, obviously. While using a gamepad, you can’t reference your ability tooltips, which is silly, but you can rotate the camera…which you can’t do with a keyboard for some reason.

Still, these are small qualms when you consider how surprised I was with this one. It looked fun, but feels even better when you get your hands on it. This is definitely a game that you might consider picking up in Early Access, because a game with such great potential can do nothing but benefit from more feedback from players. Snag it on Steam for $19.99.