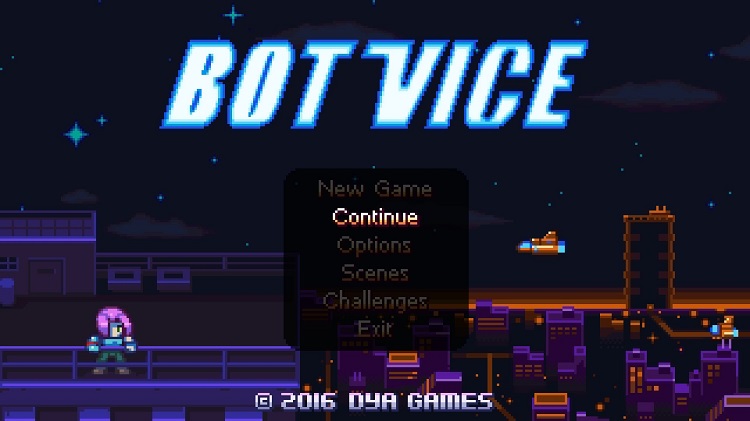 An unfortunate side effect of the modern gaming world is that some archaic technologies are dying. It used to be that you could find some kind of arcade in your area, no matter how urban or rural your setting. Nowadays, you’re hard-pressed to find any elaborate old-school arcades, unless you live in a larger city. If you’re a a gamer that was around for the video game boom, back in the 1980s, you understand how heartbreaking this is. Arcades featured some of the most entertaining and fast-paced games on the market. These types of titles usually featured strict time limits and were fairly challenging. Arcade owners wanted you to spend your hard-earned quarters, and these machines were expert at forcing you to “continue’ by adding another coin to the slot. Today, you can see variants of these games all over the web, and on home consoles. Unfortunately, I haven’t come across many New-Age games that manage to capture the same speed-infused gameplay and over-the-top audio that I used to find among the rows of brightly lit machines.

At least, I hadn’t, until I came across a new indie release under development from the two-man crew at Dya Games. Their creation, dubbed Bot Vice, is already turning heads prior to its official release. This upcoming high-octane adventure is a true homage to the pixelated arcade games of the early 1990s. You’ll play as Erin Saver, a 28-year-old ex police officer. When she was on the force, Erin had a run in with a sinister group of mechanized baddies named the Wildbots. The criminal was lead by four psychotic cyborgs, which managed to eliminate Erin’s partner and steal her right arm during a scuffle. Since then, the heroine has been off the force, but hasn’t lost her disgust and disdain for the Wildbots. Now, in the not-so-distant future, the Wildbots are once again on the scene, after being hired by a psychopath bent on blowing up the famed Tominaka Plaza building. This forces Erin into action, and sends you on a wild ride through fast-paced gun battles as you fight towards revenge and the elimination of the Wildbots once and for all.

Bot Vice can best be described as a mixture between a gallery shooter and a bullet hell. Think something along the lines of Space Invaders, but with many more projectiles to dodge and faster moving enemies. The “gallery” part of this release has you positioned behind a large barricade, allowing you to only move left and right to escape danger. You’ll need to time your attacks well, popping your head up to shoot any robots before they get too close for comfort. Your enemies will not make this easy. Each bot has its own specific attack pattern, which is made much worse when there are multiple enemies on screen. This is where the bullet hell aspect of Bot Vice comes into play. You aren’t completely safe behind the barricade, and you’ll need to dodge, roll, and slide away from any hazardous projectiles that make their way past your protective line.

Erin moves rather quickly, but the true key to victory is eliminating your enemies before they ever have a chance to do you harm. To do this, you can make use of a variety of weapon types, which you can switch back and forth between quickly. Some weapons like the handgun allow for unlimited ammo, but don’t dish out as much damage. Rocket launchers and grenades can cause explosive damage and quickly incapacitate would-be threats. You’ll also have access to a machine gun and a spray gun, which are bullet-based projectile weapons that shoot at a much faster speed and dish out better overall damage. Last but not least, is the flamethrower, which does a lot of damage at a pretty impressive range. Allocating your resources, keeping an eye on ammo, and prioritizing enemy eliminations is the key to successfully passing each level. To make things even more exciting, and in true arcade fashion, time is a major factor — and perhaps an even more menacing enemy than the Wildbots.

To keep things interesting, the developers have slapped a super-strict 45-minute time limit towards the completion of the game. This means, you’ll only have 45 minutes of real-world time to conquer every level needed to stop the attack on the Tominaka Plaza building. Don’t be too alarmed, this doesn’t mean that you’ll have to finish the game in one 45-minute sitting, but it does mean that time allocation is an incredibly vital aspect to your missions. Each level has a timer which counts upwards until all enemies are eliminated. This time is added towards your total pool of minutes. If you find yourself at level 24 with some levels to go, and you’ve already exhausted your 45-minute supply of game time across previous levels, you’ll need to go back and try for better times in order to unlock later levels. This is an interesting approach to the genre and it definitely gives Bot Vice a unique twist, while maintaining the oh-so-satisfying ’90s appeal it has going for it.

Speaking of ’90s appeal, Bot Vice is oozing it from every artistic section. The pixelated graphics are pure eye candy, animated beautifully and with a slick style that pays homage to games like Time Crisis, Megaman X, and Wild Guns. The pixelated particles and enemy projectiles fill each level with a blast of color, and developers even added the trademark “flashing white” color design to each enemy and object as they take damage. If the visuals aren’t enough to get you excited, you’ll find a game world teeming with ’90s arcade inspired sounds. Laser noises, explosions, and mechanized mayhem can be found amidst 37 originally crafted rock-synth style musical scores. Pair that with full English voice-acting for each character, a unique storyline, and some solid humor, and you’ve got a recipe for pure entertainment.

Bot Vice is difficult, and the play style is unforgiving, but it is easily one of the best ’90s-inspired arcade titles I’ve seen hit the Indie scene. Bot Vice is currently available on Steam, so grab your copy of the game from the site. If you’re not sold yet, get more information regarding this wild ’90s inspired ride on the dedicated website. You can also find more information about Dya Games and their other projects by following them on Twitter and Youtube. With one other successful arcade style title already finished (Super Star Path), and Bot Vice a solid Indie release by all accounts, hopefully we will see more interesting and engaging things from Dya Games in the future.