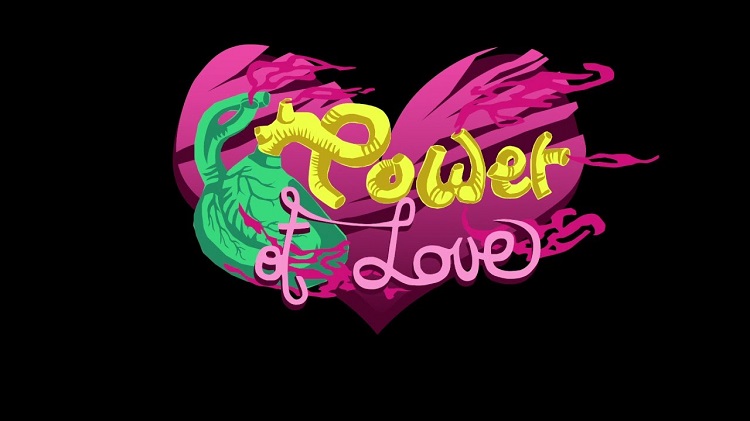 Relationships can be hard. Sometimes you and your significant other may have a small spat, or sometimes you’ll find yourself bickering about something that doesn’t seem like such a big deal. Sometimes you may even find yourself trapped in an alternate dimension in which both of you are turned into strange animal hybrids and forced to crawl through a dungeon while avoiding sinister, abnormal foes. Thankfully, the latter isn’t isn’t a very common ordeal, but it is the premise of a new indie release from developer Rat King.

Power of Love is a unique. locally-cooperative dungeon crawling experience in which you and a friend must escape the perils of a map filled to the brim with baddies. One of you will control a goatboy while the other makes use of a bunny sporting four tentacles. The controls are simple. One button-input will have you shooting lightning-fast orbs at your enemies, while the other allows you to dash and dodge attacks. You can even activate special attacks with your companion, like a shockwave that stuns and knocks foes back, or a conjoined laser beam that can be used to easily slice through adversaries. Sticking together is the key to survival, and things can get very hectic and overwhelming within the dungeon.

There are three enemies, each with their own specific attacks. In the earlier sections of the dungeon, these monsters may not seem like such a big deal. As things progress, rooms will begin to fill. The more baddies you find in an individual chamber, the harder it can be to eliminate them. You and your partner have separate health bars, and life-hearts will drop from some downed enemies. To ensure both your survivals, you’ll need to share these resources. If one of you should perish within a room of the dungeon, it will leave the other to battle the horde of enemies all alone. This is not a scenario that you want to be in. Developers wanted to emphasize on teamwork and cooperative play, and have done so by managing to create a dungeon experience in which you will need each other alive and healthy to progress deeper into the darkness.

Power of Love is a very visually and audibly entertaining affair. The title makes use of pixelated graphics and mimics a theme that is similar to the top-down dungeon structures of the original NES release of The Legend of Zelda. The enemies are twisted in appearance but very imaginative. You’ll see a colorful one-eyed llama, what appears to be a moth cloaked in speckled, white-colored wings, and what can only be defined as a miniature, floating, ghost-whale. The heroes themselves are nothing short of abnormal either. The end result of this insanity is a very colorful release that does a great job of pulling you into the action. A funky-sounding 8-bit inspired soundtrack from KingLudi ties up the experience nicely.

Power of Love was originally crafted to showcase at an exhibition, but a “completed’ game is not available to play through. For only $3, it’s well worth the money, and developers are even tossing in the complete soundtrack as a bonus. Hopefully, we will see more like this from Rat King in the future. This type of release, on a larger scale, would do rather well in the booming indie scene. If you’re interested in grabbing a copy of Power of Love, or learning more about the game, be sure to check it out on itch.io. You can also find more information about Rat King at their website, and can follow them on Twitter, Facebook, and Youtube.