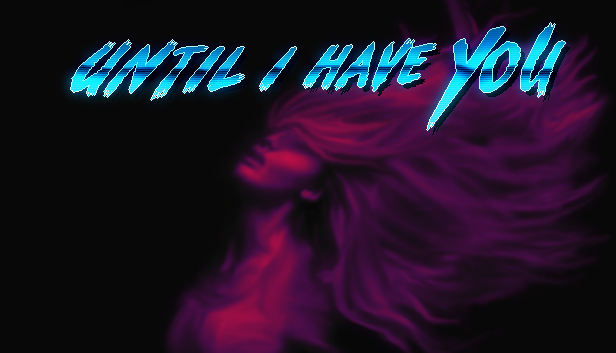 Platforming meets ’80s sci-fi action in ‘Until I Have You’

There is something rather charming with how the 1980s viewed the future of the world. In a time when technologies were beginning to bloom, a slew of interesting sci-fi movies rushed on scene. Scenes from films like Blade Runner, Mad Max, Escape From New York, and Robocop painted an intense and gritty picture of things to come for humanity, and the film-making techniques focusing heavily on dystopian themes and over-the-top technological advancements. Unfortunately, we don’t see many movies like these in the modern age, but there have been some games that have attempted to capture the same magic. Hotline Miami and Far Cry 3: Blood Dragon are two popular releases that come to mind. Even in 2016, there are some developers that strive to bring us ’80s sci-fi perfection. Wormwood Studios is one such creator, with their newest release titled Until I Have You.

You’ll play as the “Artist,” an impressive human killing-machine that has held a vast array of assassin-based jobs. The Artist lives a very necessary existence in a dark and unforgiving cyberpunk city. His career has seen him eliminate many a target, but long days and sleepless nights have left him craving simplicity for the remainder of his life. His wife begging him to leave “the business” acts as the final straw, pushing the Artist to break off ties from the only world he’s known. Unfortunately, when you’ve been in the business as long as the Artist, certain clients can become attached. The hero soon finds himself ensnared in a dangerous game when his wife is kidnapped by the very people that once employed him. It’s a desperate attempt to keep the Artist’s special talent on the table. In order to save his wife, the battle-hardened protagonist requisitions an exoskeleton. The suit transforms him into a powerful adversary, but comes packed with hallucinogenic side effects and impaired judgements.

The storyline for Until I Have You is fairly interesting, and pretty similar to some of the tales that stemmed from ’80s films. It’s nothing shocking or overly complex, but it manages to add a sense of purpose to the platformer. Graphically, the release looks rather aged, with heavily pixelated character designs and animations. The backdrops for each level are smoother, with more detail. The finished product sets a simplistic yet immersive stage for the game’s rather-entertaining gameplay.

Until I Have You is very fast-paced in comparison to most platforming releases. The augmentations within the hero’s exoskeleton allow him to move at greater speeds. This is both a blessing and a curse, as it allows you to quickly incapacitate your enemies but makes it harder to land precise jumps across platforms. You’re armed with a good variety of weaponry, including melee weapons and ranged firearms. Mastering which weapons to use when will give you an edge when clearing enemies and fighting bosses. The level designs are very entertaining and contain a lot of variety between themselves. You’ll slash through moving trains, tall buildings, a castle, factories, and other futuristic settings. Unfortunately, many of the level designs are a bit repetitive on the inside. Each stage feels a little stagnant, but thankfully the change in scenery helps to break up the monotony. In the same vein, some of the bosses are a little on the simplistic side in terms of attacks. It can be rather easy to learn their attack patterns and quickly dismantle them. Still, most of the game provides a pretty good challenge to newcomers and seasoned platforming fans alike. There are 12 chapters to battle through, each with their own unique boss, and over 60 unique enemies to conquer along your journey. The release also features a nice soundtrack inspired by ’80s sci-fi, fully-voiced dialogues, and support for both controllers and keyboards.

Until I Have You is available right now on Steam for a pretty low price point, considering the solid game length. If you’re interested in getting more information regarding this release, be sure to check out the dedicated website here. You can also follow the developer on Twitter and Facebook.

Tags: indie, Platformer, Sci-Fi, Until I Have You