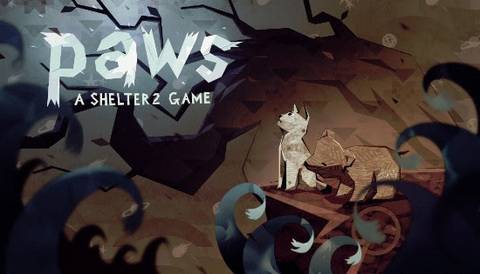 ‘Paws’ is a ‘Shelter 2’ spinoff adventure that explores loss, love, and the power of friendship

I apologize in advance for drudging up horrible past memories, as I’m sure that some of you cringe internally when you’re reminded about the Shelter series. Developer Might and Delight has done a fantastic job with their first two releases — Shelter, and Shelter 2 — much to the disdain of dedicated fans. Both of these titles feature enough tense and seemingly-unfair moments to break any animal lover’s heart. For those unfamiliar, the Shelter series gives you a first-hand account of how difficult it can be to raise and care for animal babies, from the perspective of a wild mother. The first Shelter release followed a mother badger as she led her cubs on a quest for food and safety. Shelter 2 kicked things up a notch by introducing us to a mother lynx, which had the same task of hunting and gathering for her kittens. It’s easy to get stressed out, as both of these adventure’s require you to protect your young from natural dangers like predators, fast-moving river water, forest fires, frozen tundra, and starvation. It’s hard not to get attached to these cute — yet clueless — blobs of fur, and it can be downright heartbreaking when you lose one during the journey. Thankfully, Might and Delight’s latest adventure isn’t forcing us to keep a watchful eye on a group of accident-prone offspring. Still, Paws: A Shelter 2 Game offers up it’s own enthralling storyline and unique adventure.

This time around, you’ll be placed into the paws of a young kitten, and during the early parts of the game you’ll live a fairly happy-go-lucky life as you follow your mother around. The role reversal is rather pleasant, although in traditional Shelter style, pretty short-lived. It isn’t long before you find yourself alone, separated from your family, and facing the dangerous world of Shelter 2 head on. This release takes place within the Shelter 2 architecture, but is very much its own standalone adventure. Survival is still the central theme, but Paws focuses more on the themes of loss, love, and the power of friendship. You’re not entirely alone on your quest, and hidden among the natural struggle of the world, you’ll find a bear cub in a very similar situation. Through your unique companionship, you can face the dangers of the world, solve puzzles, and find your way back to familiar territory. It’s a subtle yet powerful story that outlines how important and rewarding friendship can be.

Anyone who has played Shelter 2 can attest to how beautifully-rendered the world is. Paws makes use of the same unique, blocky, design. The graphical elements for the Shelter series feature rough, geometric 3D designs and semi-detailed textures. The finished product is a visually-striking aesthetic that looks and feels like a pop-up book. The graphics can be a fairly subjective thing, but it’s easy to agree that the soundtrack for Paws is nothing short of brilliant. The musical elements come from a very talented team known as Retro Family. This group has worked with Might and Delight before, and they’re back with brand new, original scores for Paws. It’s easy to get lost in the array of beautiful yet haunting tones, and the subtle tinges of acoustic guitar are actually quite relaxing. The soundtrack does a fantastic job of accentuating the core platforming gameplay elements from the Shelter series. There isn’t much changed from Shelter 2 in terms of platforming and exploration, although developers did add a new tracking feature that will allow you to sniff out and follow footprints. All of the hunting, learning, and puzzle-solving elements that helped shape the Shelter series are present and accounted for in Paws.

If you’re interested in getting more information regarding Paws, be sure to check out the dedicated website here. This unique and entertaining experience is available right now on Steam for $14.99. Those of you who already feel immense adoration for the Shelter series may be interested in shelling out a few bucks more for the “Pitter Patter Edition,” which gives you access to the Paws soundtrack, as well as an interactive book from Might and Delight, titled The Lonesome Frog. Paws is a great addition to the Shelter universe, and a unique spin on the genre. Hopefully Might and Delight will continue to focus on this very entertaining series, and we will see more Shelter core releases and spinoffs in the near future.