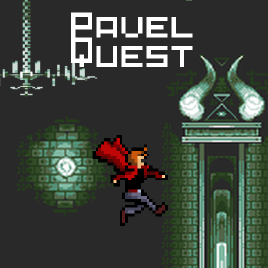 The indie gaming market is seemingly inundated with casual titles on a daily basis. Ever since the mobile entertainment boom, we’re seeing more and more casual, simple, and quick titles hit virtual shelves. We’ve also seen a slew of genres explode as a result, including tile-matching quests, puzzle games, and endless runners. The latter has spawned many simplistic, casual, releases, but we haven’t seen many running titles that push the envelope, or offer much more than a high score type of progression. Dozer Games is unsatisfied with the genre as it stands and is attempting to bring Indie runners to a level which can be enjoyed by casual and hardcore gamers alike, while offering up a unique twist to traditional gameplay. Pavel Quest promises to challenge your endless running skills by placing you into a fantasy world filled with traps and a maze-like castle. 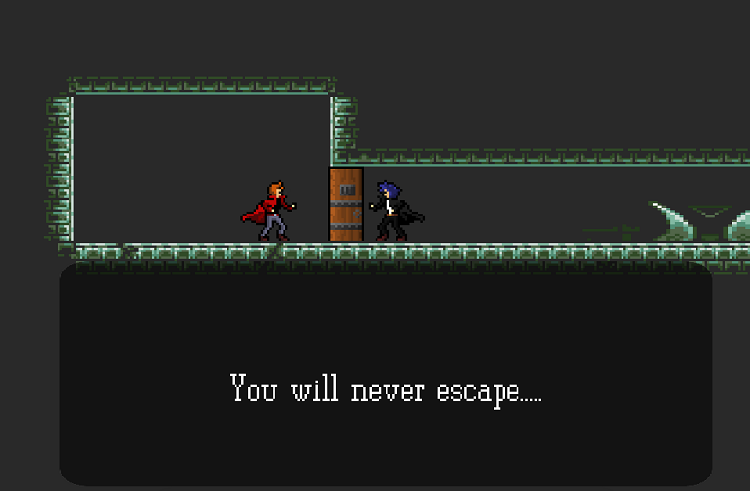 Imagine a title where you have to navigate a serious of dark corridors and stone walkways, dodging traps and making your way through locked doors. Now imagine that same title, where your character is constantly moving and you have no ability to stop or slow down. This is the premise for Pavel Quest. You will control the noble hero Pavel, as he runs rampant through a seemingly endless series of rooms and hallways. You’ll have no control over the speed at which you move, and the only way to change directions is to bump headfirst into walls and other obstacles.

At its roots, Pavel Quest is rather simple in terms of controls. You simply tap a button to jump, and directional controls are not needed. Although it’s important to note that this control scheme is simplistic for a reason. You’ll need to focus all of your attention and reaction skills to avoiding traps, scaling walls, unlocking doors, hitting switches, and overcoming obstacles. All of this must be done quickly and effectively, as you won’t be able to “hit the brakes” and think about how to proceed past a certain area. Pavel Quest’s gameplay will challenge your quick thinking capabilities. Lucky for us, developers have decided to include a replay system in the game, allowing us to see ghosts of our failures in real time, to better help us avoid future mishaps. 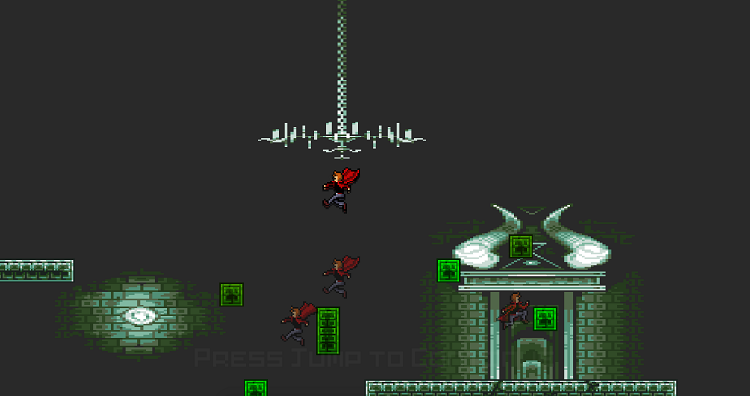 Graphically, Pavel Quest is a pixelated, two-dimensional side-scroller. The art is well designed, offering up a decent amount of detail for both the backgrounds and main character. Everything is wrapped up in a nice little 8-bit package, mimicing games of the NES era. Pavel Quest was originally meant to be an artistically barren and simplistic action-platformer where a small white box would bounce off monochromatic walls and hop over other boxes in an endless fashion. The designers discovered that it was much more satisfying if the title had a purpose, and if it was filled with puzzles that would challenge the mind. Thus, the box was replaced by Pavel, and a colorful and visually driven world was crafted to further enhance the quality of this upcoming release. Not only is this title hopeful in building a hardcore player base from its difficult gameplay, but its retro graphics should resonate with the nostalgic crowd.

It will be interesting to see just how much is added to the gameplay aspects of Pavel Quest as its eventual release draws closer. Updates are frequently being posted to Dover Games’ website, and you can keep track of developer commentary  there. Pavel Quest is currently seeking admission from the Steam Greenlight program, so be sure to vote for it at this link if you’re interested in acquiring it via Steam. We have no official word yet on when to expect Pavel Quest, but developers suggest that it will be available sometime in early 2015.