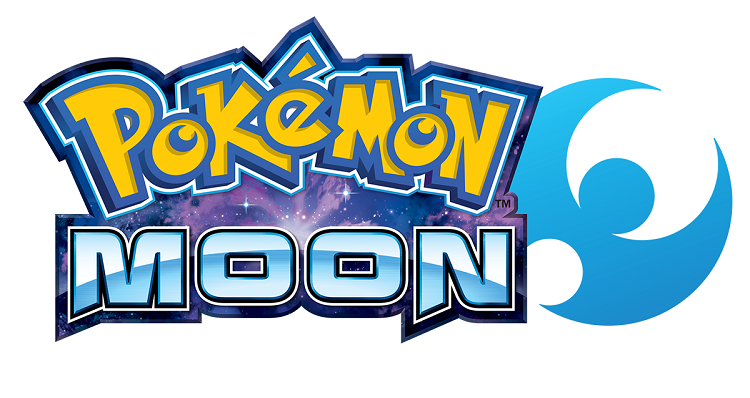 I’ve been with the Pokémon franchise since its creation over twenty years ago. I fell in love with the franchise when I received both Pokémon Blue and Pokémon Red for my birthday, and soon after I found myself immersed in a world of Pokémon collectibles and game types. I remember taking countless trips to the retail shops down the street to buy Pokémon trading cards. My family lived in a small town, so there wasn’t much to do besides spend countless hours in school. A lot of my youth revolved around the quest to catch ’em all, and I can’t tell you how many Pokémon battles I had with friends over the years. Each time a new Pokémon game came out, I was front and center to play it, and each time I was greeted with the same old formula that has withstood the test of time. Because of this, I was a bit skeptical when hearing about Pokémon Sun and Pokémon Moon. There were blurbs floating all around the internet about how this release was “different” from Pokémon titles of the past. I approached Pokémon Moon with the same enthusiasm I’d always had, but I couldn’t help feeling a little bit worried that my favorite franchise was taking a turn towards a new and unfavorable direction.

Most of the changes came in the form of how travel, HMs, and gym battles work. You won’t find yourself clambering to obtain badges as you make your way across the expansive island nation of Alola. Instead, you’ll come in contact with Island Kahuna’s, special NPCs that oversee each one of Alola’s four natural islands. You’ll need to embark on a series of trials if you plan to become the champion of this region. These trials were crafted by special captains that are appointed by an island’s Kahuna. Some trials have you simply battling your way through a series of encounters, while others have you doing unique things like exploring, solving puzzles, or even taking photos. At the end of each trial, you’ll be forced to battle a Totem Pokémon. These hulking beats are larger than their normal counterparts and come equipped with powerful attacks. Completing all of the trials on a specific island will allow you to battle the Kahuna. Pokémon Moon still kept with tradition for the Elite Four, creating a final showdown in which you’ll need to marshal all your power to succeed. There are also special cameo battles against Champion Blue and Champion Red, from the original saga. 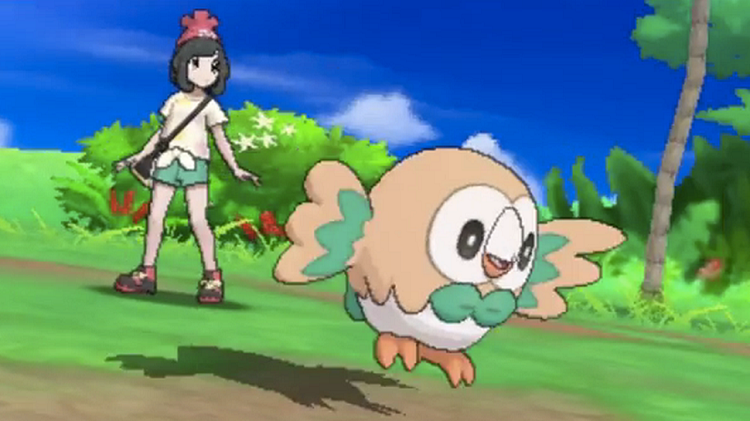 You won’t have to worry about collecting any particular HMs to make your way around Alola. These moves have been replaced by Ride Pagers, which allow you to summon and ride Pokémon with special abilities. Some can push large objects out of the way, while others can swim, break boulders, hunt treasure, and even fly to varying locations. This is a welcome addition to the franchise, considering how much of a pain it was to force HMs onto your Pokémon. Since each Pokémon is only capable of knowing four moves at one time, these HMs took up valuable space. Most of the Ride Pager Pokémon move at a much higher speed than walking, which seems to be a nod to the popular Bicycle item from previous releases. I actually prefer this format, as it gives a more heartwarming look into the relationship that Pokémon and humans share.

Battling remains pretty much unchanged in the newest iteration. You’ll still choose a starter, catch Pokémon, evolve them, and chase after elusive shinies. All of the current weaknesses and resistances are still present, and certain battles will favor a particular Pokémon type. The trial types you’ll undergo give hints as to what a potential Totem Pokémon will be, allowing you to grab a wild Pokémon that will give you a better opportunity to win. You won’t find any Pokémon to Mega-Evolve (a new type of evolution introduced in the last generation); instead, Pokémon Moon features a unique special ability called Z-Moves. Any Pokémon can learn a special Z-Move, but there are some Z-Moves that are specific to certain Pokémon. In order to use a Z-Move, your Pokémon will need to hold a Z-Crystal. These can be won as awards from trials, or found by completing other tasks. Z-Moves can only be used once during a battle, no matter how many Pokémon on your team are holding Z-Crystals. Because of this, it’s best to save these moves for moments in which you really need them, as a “last resort” to survive a difficult battle. 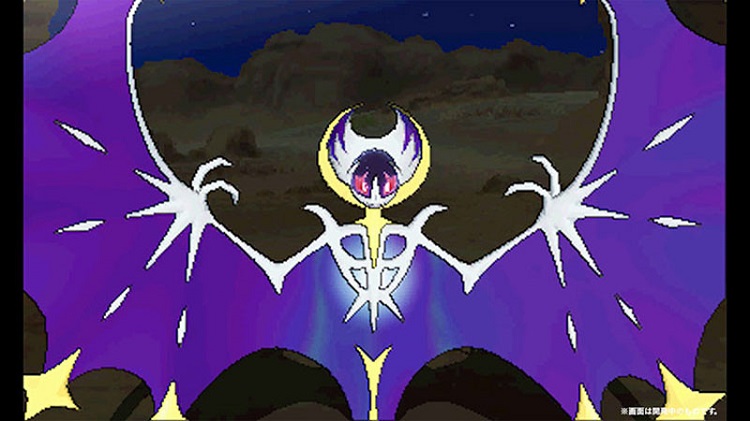 The storyline for Pokémon Moon is actually quite engrossing. Compared to other Pokémon titles, it feels more like an epic adventure. Your trek through Alola is still about becoming the best Pokémon trainer you can, but that all takes a backseat to a thrilling conflict. Alola is seeing a rash of wormholes, which are capable of releasing powerful creatures into the world. While completing your trial, you may find yourself mixed up in a struggle between good and evil, and there are many moments in which your adventure will veer off in a multitude of different directions. I thoroughly enjoyed the storyline for Pokémon Moon, and I feel like developers did a fantastic job creating a Pokémon release that feels like a truly impressive 20th anniversary release. You’ll find yourself surrounded by trainers and “rivals” that feel more like a close-knit community than an errant group of individuals vying for an ultimate prize. Pokémon Moon focuses heavily on the journey towards super-stardom, and there are many instances in which you’ll discover that the journey itself is much more rewarding than any destination. Pair all of this with a vast array of environments, beautiful locations, and intriguing monuments, and you’ve got a lengthy, enthralling adventure.

Another unique addition to Pokémon Moon is the Festival Plaza. This entertaining area can be accessed at any moment via the menu. The Festival Plaza houses everything you’ll need to battle friends and trade with trainers from all over the globe. You can enact mystery trades, direct trades, or even search for Pokémon via the Global Trade System. By interacting with guests, which consist of actual players and NPCs, you can gain FP to spend at certain stores within the plaza. New stores can be obtained by obtaining enough FP and leveling up your plaza. Stores can do things like tell your your fortune, sell you items, offer special stat-boosting Pokémon food, and even award prizes. Festival Plaza is a very helpful tool, especially when you first start your adventure. 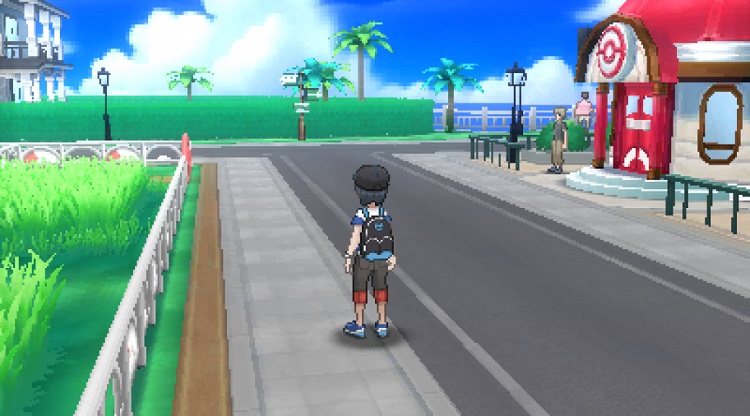 The Poké Pelago is a small series of islands where your PC-boxed Pokémon will live. This special islands can help you raise your Pokémon when not in your party, and can even attract new and rare Pokémon. This is actually a great way to lure in a lot of elusive shiny Pokémon. By planting and farming Poké Beans, your boxed Pokémon will have a steady food source and a great social space to interact with one another. You can raise new islands, one of which will allow you to explore and gathering valuable items to aid in your journey. The Poké Pelago can be accessed at anytime, just like the Festival Plaza.

Pokémon Refresh is another helpful tool in your trainer arsenal. If a Pokémon incurs a status effect during battle, you’ll be given a chance to heal them via the Pokémon Refresh window after the battle concludes. In this menu, you’ll be able to give your Pokémon medicine to cure status ailments, and can even groom them and pet them to keep them happy. You can also feed them Poké Beans to fill their hunger meter. If you care for your Pokémon enough within the Pokémon Refresh system, they’ll gain access to helpful abilities in battle, so it’s important to keep the Pokémon in your party happy and satisfied.

One last last unique feature to mention is the addition of a new battle format called the Battle Royal. This special battle takes place in an arena where you can win prizes if you manage to best your foes. The Battle Royal is a four-person simultaneous free-for-all in which trainers take turns giving their Pokémon commands. The winner is whichever trainer still has a Pokémon standing after the dust settles. This type of battle features a very unique strategy, since you won’t be dealing with just one or two foes at a time. Instead, you’ll need to systematically eliminate your opponents while keep up a good defensive to block incoming attacks. Battle Royal is a blast and adds a nice layer of replayability once you’ve managed to conquer the main storyline.

There are many new Pokémon to encounter and collect. As with each other iteration, developers have done a fantastic job in crafting new Pokémon, like the adorably misunderstood Mimikyu, or the gender-specific evolution Salazzle. On top of this, developers crafted new variants of previously established Pokémon. These Alolan forms give new looks to these Pokémon, and also introduce new elements to their attacks. For example, if you evolve an Alolan Pikachu into an Alolan Raichu, you’ll have yourself a tail-surfing electric juggernaut that can also learn the powerhouse move Psychic. This was a great idea, and it helps to make Alola stand out among the other prominent regions of the Pokémon universe.

Pokémon Moon is perhaps my new favorite Pokémon release. That isn’t a statement I make lightly. I never felt like I’d come across a Pokémon title that instilled the same feelings I’d experienced with Pokémon Red and Pokémon Blue. Pokémon Moon is everything I hoped for in a 20th anniversary release, and is easily one of my favorite games in recent years. Pokémon Sun and Pokémon Moon are both available right now, on the Nintendo 3DS platform. If you’re interested in getting more information regarding Pokémon Moon, be sure to check out the dedicated website here.