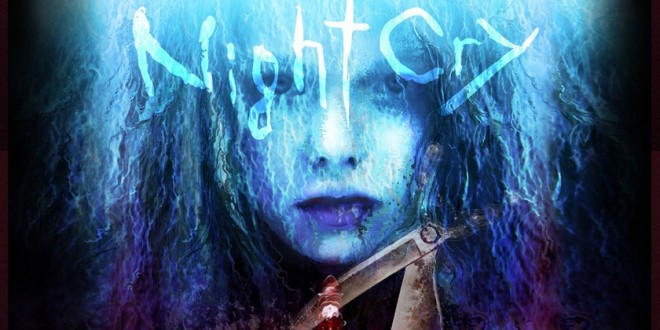 ‘NightCry’ is a horror-filled spiritual successor to ‘Clocktower’

In 1995, horror fans were introduced to a unique 2D psychological survival title named Clocktower. The game followed protagonist Jennifer Simpson as she explored a creepy mansion with a rather deadly inhabitant. The two-dimensional release used a creative point-and-click interface in which players used a cursor to interact with items and solve puzzles. Occasionally, a crazed, murderous, stalker named the Scissorman would appear to hunt the player down. This would break up the relative calm Jennifer had been experiencing up to that point and send her into a full-blown panic, requiring her to find a hiding place to elude her relentless attacker. There was no health bar, which was instead replaced with a “sanity meter.” The release was a cult classic among horror fans and eventually spawned numerous sequels. It has been quite some time since we have seen a new Clocktower game, but one developer has crafted what they consider to be the spiritual successor to the much-beloved retro release.

Nude Maker crafted NightCry with a specific vision in mind. To create an experience that combines the classic point-and-click gameplay of Clocktower, with new-age stylized graphics and animations. The finished product promised to be a Clocktower fan’s greatest dream. Unfortunately, the release has seen some harsh criticisms on Steam, and it seems that many of these negative reviews are stemming from some of the not-so-friendly mechanics that made the retro release such a charmer. The game is not without faults, but it is important to note what Nude Maker was attempting to do with their newest title. NightCry was meant to be a successor to Clocktower not only in story, but also in substance.

From a visual standpoint, NightCry looks pretty average. Some of the graphical elements appear a little dated, but it should be noted that this release not only ported for PC, but PS Vita, iOS, and Android as well. Character clothing looks rather flat and the environments lack textural detail, although character faces and expressions are animated rather well. The camera work and character staging gives off a Silent Hill 2 vibe, with many of the cinematics featuring less-than-stellar voice acting. NightCry isn’t going to blow you away visually, and developers could have spent a little more time polishing a lot of the details, but overall it still manages to set a creepy tone.

The storyline is rather interesting and even introduces us to a very similar villain. The antagonist this time around is a ghastly-looking cloaked figured with a massive pair of sharp scissors. You’ll play as a female protagonist attempting to relax aboard a luxury cruise ship called the Oceanus. Relaxation soon turns to tense moments as a slew of murders sweeps across the ocean liner. The sadistic scissor ghoul is hacking vacation goers apart, which creates a very chaotic atmosphere throughout the controlled areas within the massive ship. Survivors begin over analyzing their fellow passengers and it isn’t long before the entire group is frantically pointing fingers at one another. It’s up to you to guide our heroine through the horror-at-sea, solving puzzles along the way and dodging certain doom around every corner.

NightCry features a solid amount of content, with varying endings to discover, many items to collect, and many death sequences to endure. It adopts the same point-and-click gameplay style as the original game it payed homage to. Unfortunately, there are a lot of wonky camera angles and other lackluster gameplay elements that take away from the adventure in a negative way. I understand that the developers were attempting to craft a title that felt as true to Clocktower as possible, but the elements don’t work very well with three-dimensional gameplay. Haunting Ground, another release within the Clocktower universe, managed to blend three-dimensional graphics and movement rather well. While the developers did their best to capture the point-and-click essence from the original game, it doesn’t work nearly as well as they’d hoped.

All in all, NightCry should appeal to diehard Clocktower fans, but it might be too much of a “mess” to appeal to others. It has a decent amount of length to it, but the larger price tag ($24.99) is a tough pill to swallow unless you have a decent amount of disposable income. This might be a release that is better purchased during a Steam sale. If you’re interested in getting more information regarding NightCry, be sure to check out the dedicated website here. You can grab this spooky horror release right now on Steam.